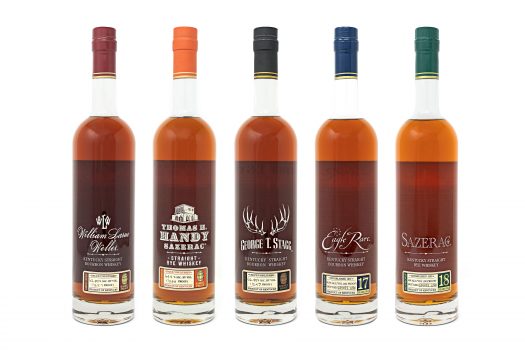 One of the most anticipated releases of the fall whiskey season is here — or rather, five of them, as Buffalo Trace’s quintet known as the Antique Collection has arrived. While all are familiar faces, it wouldn’t be the BTAC without some switcheroos and surprises, all of which we outline below for your reading pleasure.As always, feel free to compare notes vs. 2017, 2016, and further on down the line (this being our 11th round with the collection).

Sazerac Rye 18 Years Old 2018 – Rye drawn from barrels filled in 1998, which means this is from the same season as both the 2017 and 2018 expressions of Sazerac 18. For this year’s bottling, the nose is bold with butterscotch and a spray of baking spices, with a soothing, wood-heavy vanilla underneath. Bolder notes of salted caramel, clove, and some barrel char hit on the palate, but it’s the lingering, lasting, almost candylike sweetness that ultimate stands out the most clearly. Less “serious” than most of the whiskeys in this collection, but enjoyable all the same. 90 proof. B+ [BUY IT NOW FROM DRIZLY] [BUY IT NOW FROM FROOTBAT]

Eagle Rare Bourbon 17 Years Old 2018 – It’s a throwback to 1974 with this year’s Eagle Rare, which jumps from 90 to 101 proof, in tribute to the brand’s original strength when it was launched. Buffalo Trace notes that this is a permanent change to Eagle Rare 17 going forward. This bottling was distilled in the Spring of 2000 and has been spending its time aging on the first, second and fifth floors of Warehouse C. The nose sees some furniture polish notes, clove, and hints of orange. Ample wood on the nose follows through to the palate, which is even more boldly woody, with notes of cherry, caramel, tons of vanilla, and a minty edge. The finish is on the chewy side, where things find a bit of beef jerky-driven meatiness, though a light chocolate note finds its way into the mix as well. It’s a delightful, old bourbon, but one that manages to avoid feeling too familiar. 101 proof. A- [BUY IT NOW FROM DRIZLY]

George T. Stagg Bourbon 2018 – Never a shy whiskey, this release was distilled in spring 2003, and contains 284 barrels, “not quite as much as last year’s yield, but still significantly more than the yield from previous years. Storage location of these barrels varied across warehouses C, H, I, K, P, and Q.” Always a bruiser with a ton of barrel influence, this year’s release is no exception, wafting across the nose with hefty charred wood notes, pipe tobacco, and hazelnut notes. The palate steps back from the wood-driven overload and shows off plenty of sweet vanilla and nutty notes, but the charred wood character lingers on the back end. Water (don’t be shy) brings everything into focus, with orange peel and nutmeg emerging on the finish. Surprisingly, a fairly low abv for Stagg, at 124.9 proof. A- [BUY IT NOW FROM CASKERS] [BUY IT NOW FROM DRIZLY]

William Larue Weller Bourbon 2018 – Another 12 year old wheater from Weller, distilled in the winter of 2006 and aged in Warehouses C, I, K, L, M, and Q. Hotter than Stagg this year, by 0.4% abv. Distinctly “wheaty” on the nose, with notes of sweet Wheat Thins, dill, and prominent maple syrup. The palate is big: Gunpowder, butterscotch, and more of that maple syrup. Lots of fruit here, too. Surprisingly, the experience remains approachable even at full strength, but like the Stagg it benefits from water, which simply rounds everything out and brings it into clearer focus. The finish is sharp and lingering, the barrel char taking a slightly acrid turn late in the game, which brings a bit of a dark cloud to what is otherwise a fine spirit. 125.7 proof. B+ [BUY IT NOW FROM CASKERS] [BUY IT NOW FROM DRIZLY] [BUY IT NOW FROM FROOTBAT]

Thomas H. Handy Sazerac Rye 2018 – Good old 6-year-old Handy rye, this year’s release being the hottest whiskey in the bunch. Distilled in the spring of 2012; aged in warehouses I and L. The problem with Handy is that it always tastes like a very young whiskey when put up against its brethren (which it is), said whiskeys running 12 years old at a minimum. Hot and woody on the nose, with an iffy beef jerky component and yeasty notes of uncooked bread dough. Manageable on the palate but scratchy on the throat with black pepper and barrel char notes, it’s got a friend in water, where some fruit and rye-driven baking spice finally emerge. This apple-cinnamon character is quite delightful on the finish, but it’s so long coming that one wonders why this wasn’t bottled at a more agreeable, lower proof, perhaps with another couple of years to its name. B [BUY IT NOW FROM DRIZLY] [BUY IT NOW FROM FROOTBAT] 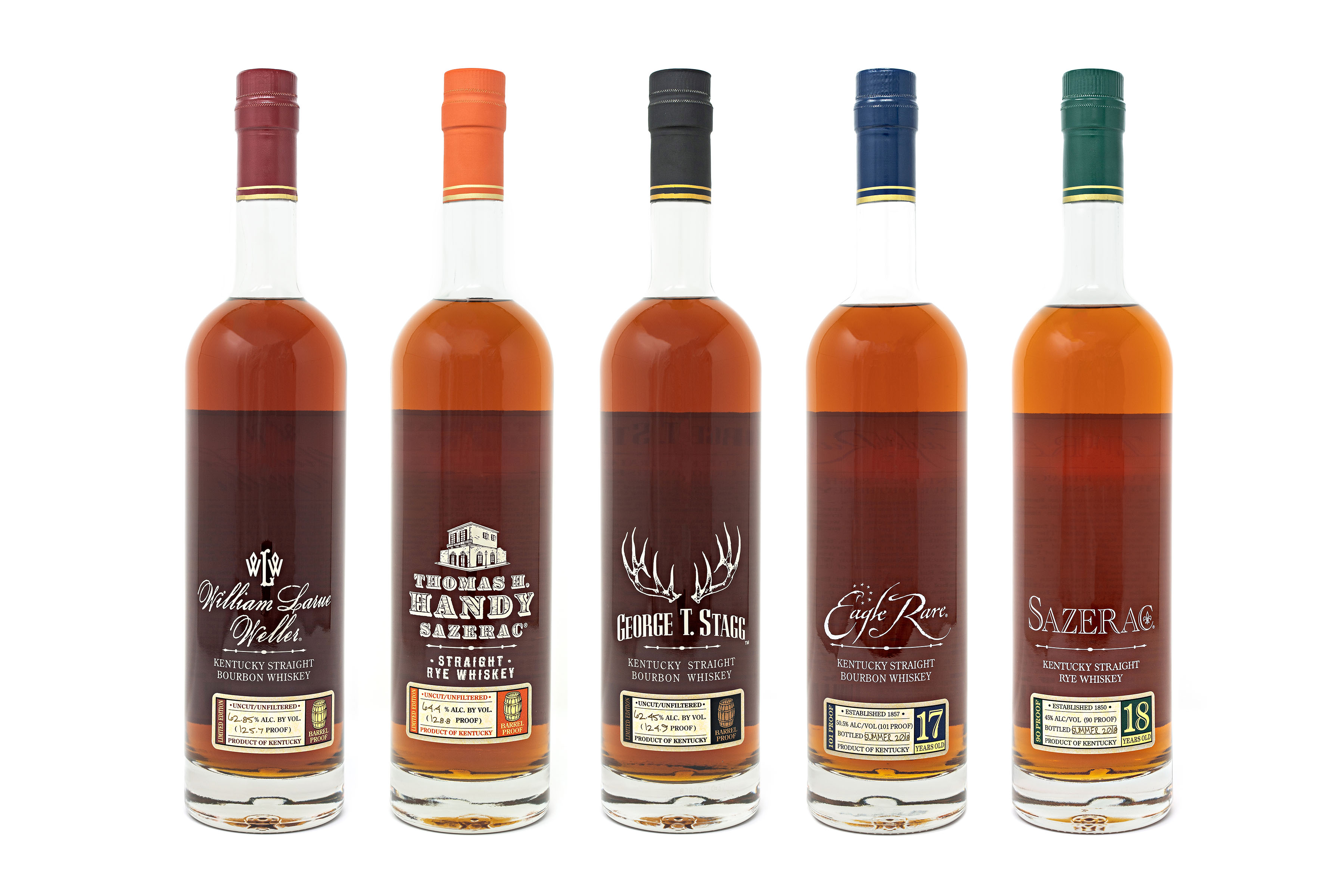