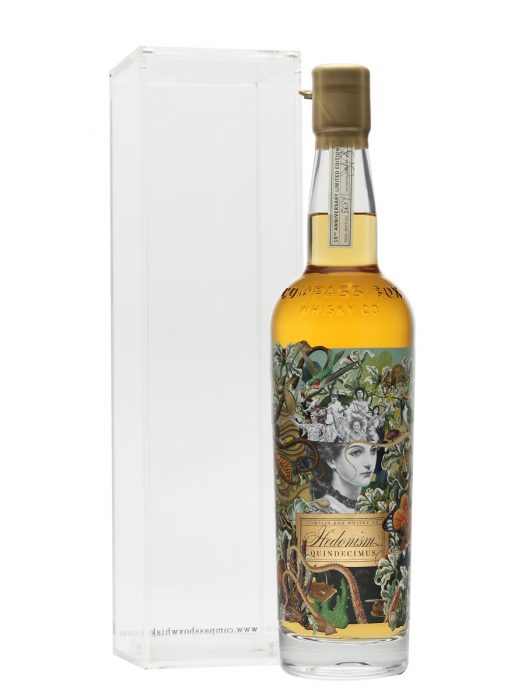 In the 18 years since Compass Box began blending whisky, there have been only four special editions of Hedonism, the grain whisky that put the whiskymaker on the map. We sampled the first of these, Maximus, back in 2008, but the 10th anniversary release, which yielded only 144 bottles, unsurprisingly eluded us (as has the most recent limited release, The Muse). We did, however, recently dust off our bottle of Quindecimus, which celebrated the 15th anniversary of the famous whiskymaker back in 2015.

Like all Hedonism releases, Quindecimus is a blend of multiple grain whiskies, in this case grain whisky from four different distilleries and none of it younger than 20 years old. On the nose, it’s big and complex. Notes of dried lemon peel, confectioners sugar, brown butter, and freshly split vanilla bean are complemented by a veritable wildflower garden of floral and grassy aromas. The body is all clover honey, oily and mouthcoating but not gummy. The palate is hit first with a wave of orange creamsicle and vanilla frosting and then evolves into caramelized banana, grated coconut, and a touch of green melon. The long finish is gently spiced and warming, showing somewhat surprising signs of dried dark fruits and buttery, salted toffee. While a little overwhelming at times, it’s a fitting tribute to the whisky that started it all for Compass Box. 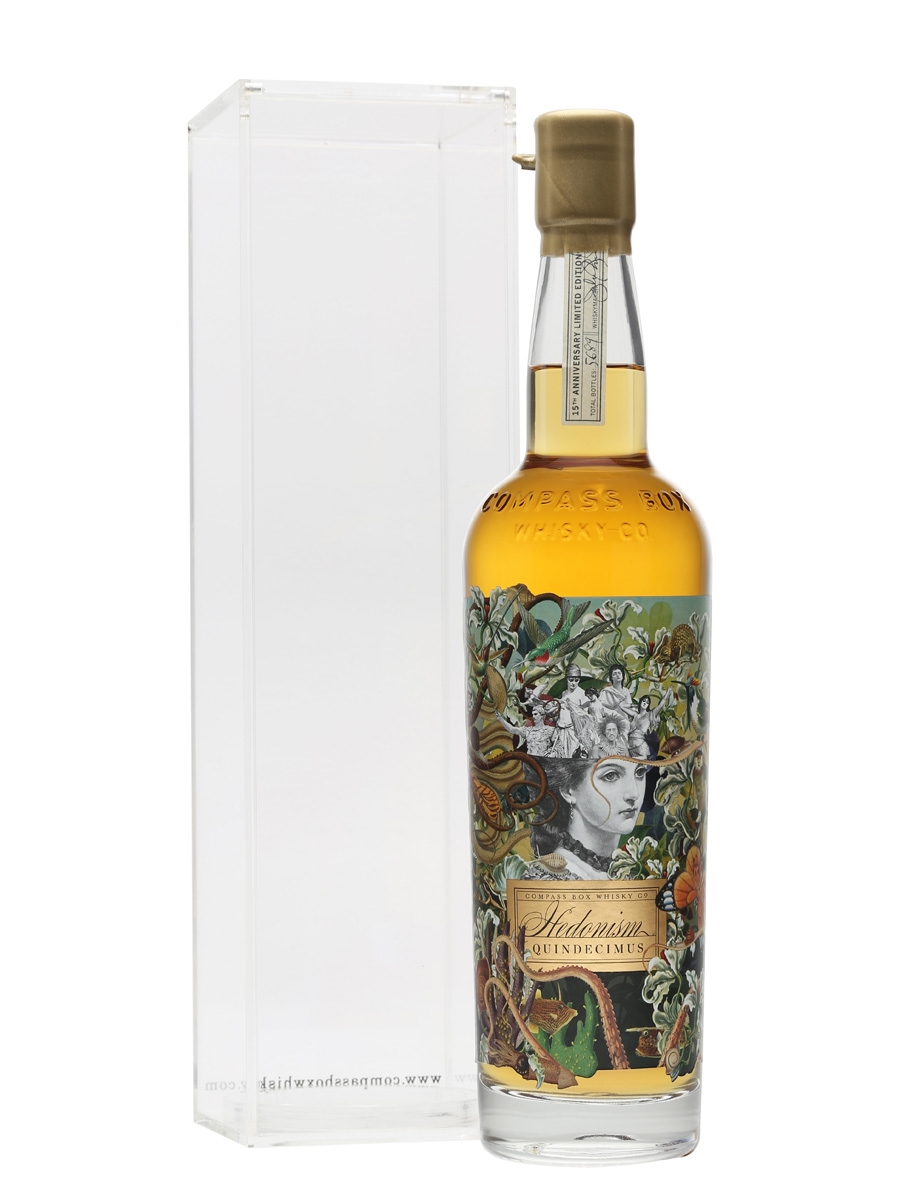