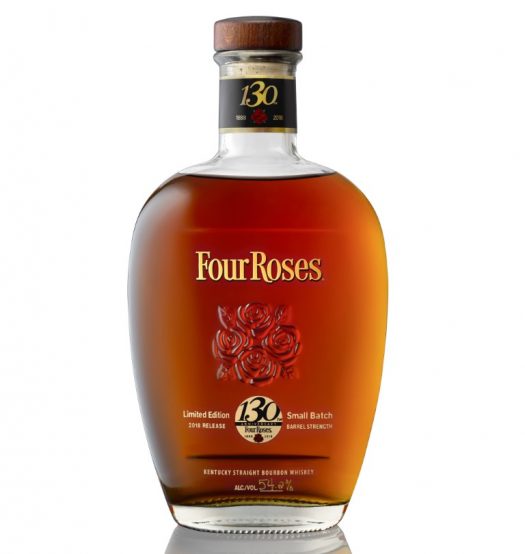 A much-beloved installment in special edition bourbon season — Four Roses’ Limited Edition Small Batch — has arrived. As Four Roses now seems to find something to celebrate as part of each annual release, this one is no different, marking the distillery’s 130th year in operation.

This year, Four Roses is raising a glass and toasting its 130th Anniversary. To celebrate, the Distillery will issue the newest release in its series of limited-quantity special bottlings – the 130th Anniversary Limited Edition Small Batch. This very special bottling commemorates the brand’s 130-year history of handcrafting quality Bourbon and the love story that started it all.

Four of Four Roses’ unique Bourbon recipes were selected for the 130th Anniversary Limited Edition Small Batch. This bottle will feature a 10-year-old Bourbon from the OBSV recipe, a 13-year-old OBSF, 14-year-old OESV, and 16-year-old OESK. [Proportions are never disclosed in the Small Batch releases.]

“For this Limited Edition Small Batch, I wanted to create something very special to celebrate the 130th anniversary of our brand,” said Four Roses Master Distiller Brent Elliott. “From the beginning of the process, I focused on building around the unique fruit flavors in our F and V yeast strains, and these flavors shine through in the finished product. As a contrast, I also included a spicy, older batch. By mingling these different flavor profiles, I think we achieved a wonderfully balanced, complex and unique Bourbon. I could not be happier with the result and can’t wait for you to taste it.”

Four Roses will distribute approximately 13,140 hand-numbered bottles of the 130th Anniversary Limited Edition Small Batch Bourbon in the United States with a suggested retail price of $140.

So let’s give 2018’s Small Batch the Drinkhacker experience.

Woody and quite savory on the nose, with aromas of cloves and thyme, it’s a departure from the increasingly popular sweeter style of bourbon, though notes of vanilla and coconut do emerge. Lots going on here, but even on the nose it’s well balanced. The palate sees ample spice, butterscotch, and a lingering barrel char. Water’s not a bad call here, as it brings forth some new flavors of lemon tea, while it pumps up the spice element, too. The finish is peppery, again with ample baking spice, gritty char, and some dark chocolate notes.

Those looking for a sugar bomb need not apply, but fans of a more sultry, introspective style of whiskey will find plenty to enjoy here. 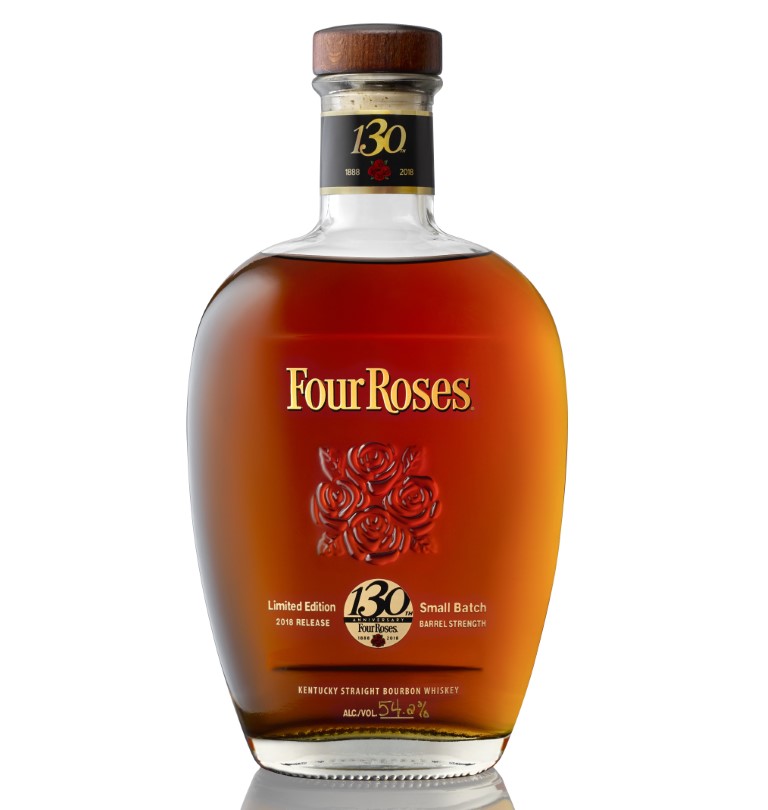