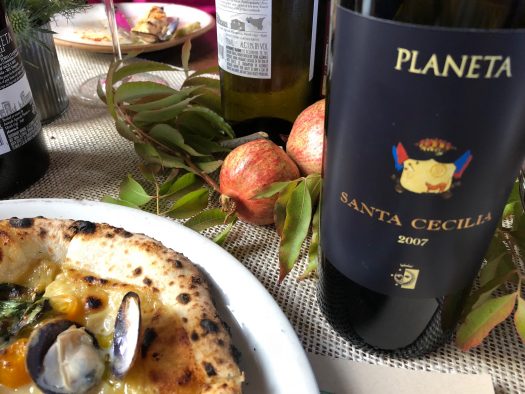 In 2015, Allesio Planeta visited San Francisco to showcase the wines of Sicily’s Etna region. Recently he returned to Oakland’s A16 to talk about Sicilian wine from another angle: How the Nero d’Avola grape has grown in popularity, and how it expresses itself differently in Sicily’s various microclimates and terroirs.

In the 1980s, 90% of grapes planted in Sicily were white varieties, and Nero d’Avola barely existed. Today, Sicily is largely planted to red varietals, with Nero the 7th most widely cultivated grape, accounting for 16 percent of the island’s harvest. 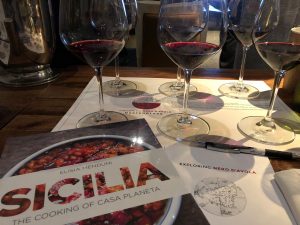 Planeta harvest Nero d’Avola in four different regions in the island, and Allesio showed off six wines from three of these regions at our tasting. All were poured in special glassware from Riedel, designed specifically for Nero d’Avola. The winner of a 10-glass experiment that saw Nero producers winnowing down a variety of glasses to determine which best expressed the grape’s qualities, the new Riedel Nero d’Avola glass is closest in design to its Syrah stemware.

Let’s look more in depth at the six wines sampled.

2015 Planeta Cerasuolo di Vittoria DOCG – 60% nero d’avola, 40% frappato. From the Dorilli Vittoria region located on the south of the island. Expressive eucalyptus notes, lots of earth, restrained fruit, and moderate acid. Tannic and pastoral notes dominate the fruit, which finishes in a drying, relatively innocuous fashion that hints at coffee grounds. B / 24

2015 Planeta Dorilli Cerasuolo di Vittoria DOCG – 70% nero, 30% fappato. From the same region as the above wine. Stronger eucalyptus character and a bolder nose; there’s better structure here with fresher fruit, but a slight balsamic edge. B+ / $33 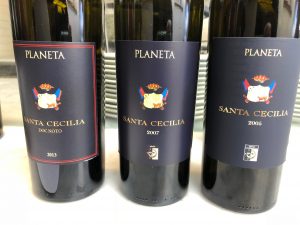 2015 Planeta Mamertino DOC – 60% nero, 40% nocera. From the La Baronia Capo Milazzo region, in the northeast tip of the island. Miscellaneous greenery and cut grass notes give this a rustic character. An initially much bolder fruit profile leads to a finish that fades quickly, leaving a slightly meaty note behind. B / $33

2013 Planeta Santa Cecilia Noto DOC – 100% nero d’avola, from Buonivini Noto, on the southernmost tip of Sicily. The first of three vintages poured from this series. A nose of intense florals and eucalyptus find a touch of mothball in the mix, but otherwise an elegant structure of plum and dark berries perseveres. Moderate in density, with a slightly earthy finish. Youthful today, but nicely balanced and worth laying down. A- / $41

2007 Planeta Santa Cecilia Noto IGT – Note that Sicily was upgraded from an IGT to DOC/DOCG in 2011, hence the different bottling notation. Considered one of the region’s finest vintages, and here’s the proof. The nose is bold and aggressive with eucalyptus notes, with just a slight edge of balsamic indicating this wine is at its absolute peak. Bold berries, hints of toasted bread, roasted meats, and root vegetables give it a significant savory vein, but the finish is soothing, lush, fruity, and just plain beautiful. A / $50

2005 Planeta Santa Cecilia Noto IGT – Showing significant age. The nose is muted and much earthier, though the palate is bolder and still hanging on to life. Moderate balsamic notes, with ample dried blackberry character. A- / $40 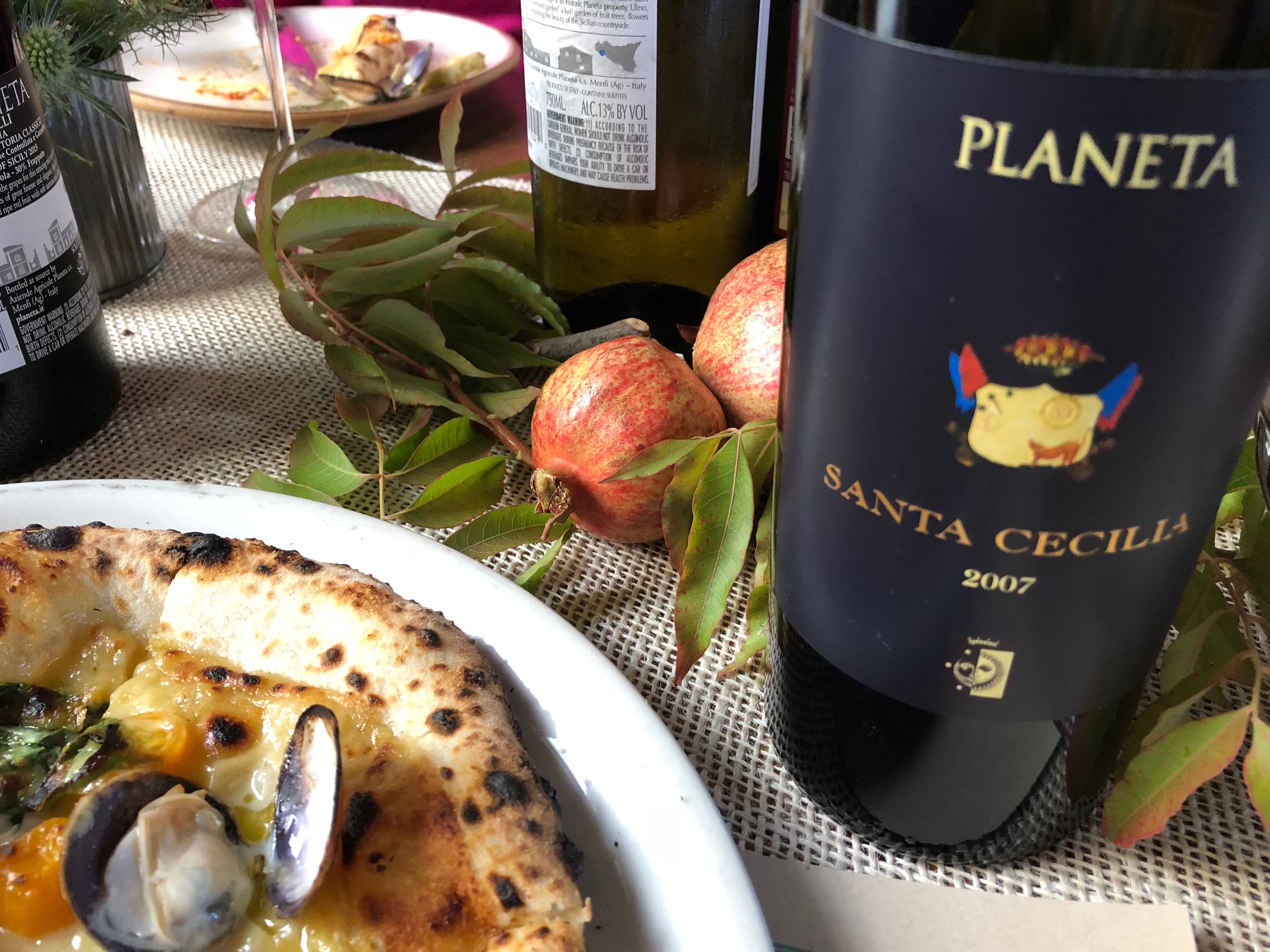 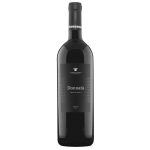 Review: Wines of Planeta (Focus on Sicily’s Etna), 2015 Releases
Posted in Rated A, Rated A-, Rated B, Rated B+, Reviews, Top Rated, Wine