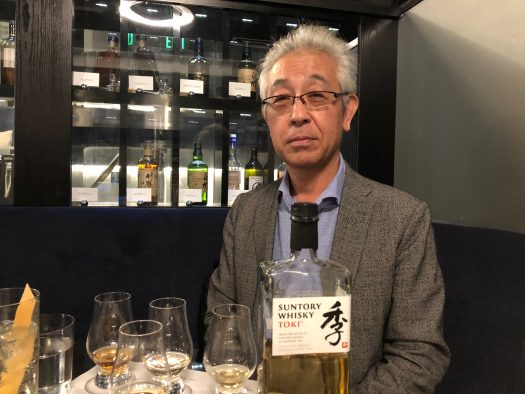 Master distillers get all the press, but their work is basically done before a whisky ever goes into the barrel. When it comes to putting out a finished product, the master blender rolls up his sleeves. In the case of Japan’s Suntory whisky operation, which spans three distilleries in the country, that task falls to Shinji Fukuyo, who is responsible for the blending of every product that company releases.

That’s not just blended whiskies like Suntory’s highball-friendly Toki, which Fukuyo-san was in San Francisco to chat about, but all the whiskies, as even, say, an 18 year old Yamazaki from a single distillery still has to be blended from a number of different barrels. “I blend every product that we release,” says Fukuyo-san. 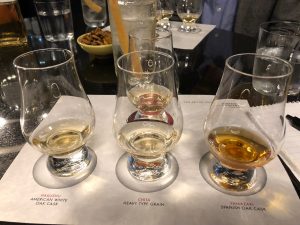 Toki may seem simple, but Fukuyo-san says the whisky is composed of 12 to 13 different spirits. As he guided me through tasting a few of those components, he highlighted the two main ingredients — which comprise 75 to 80 percent of what’s in the bottle — a lightly-peated Hakushu and “heavy” grain spirit from Chita, Suntory’s grain distillation arm. Chita, While a typical single grain distillery may pump out only one product, Chita makes spirit in three different “weights” — light, medium, and heavy. “We use the lightest malt from Hakushu and the heaviest grain whisky from Chita in Toki,” he says, a sort of yin and yang designed to counterbalance one another.

In our discussion in San Francisco’s Modernist Club, Fukuyo-san also waxes philosophical about Suntory’s wood program: When it ages whiskey in sherry barrels, he says, Suntory insists on oak that’s actually from Spain. That decision was based on experimental aging the distillery undertook 30 years ago. “The color of the whisky is denser with Spanish oak,” says Fukuyo-san. Result: The whole company uses Spanish oak in its sherry operation.

As for mizunara oak, the Japanese wood that is taking the world by storm, Fukuyo-san notes that its use began during World War II, when European wood became difficult to obtain, for obvious reasons. Mizunara casks were a product of necessity, and they continued producing them (Suntory has its own cooperage) until the 1970s. It wasn’t until Hibiki’s launch in 1989 that mizunara cask production began again, as blenders thought that the unique character those barrels provided could be put to good use in a blended spirit. 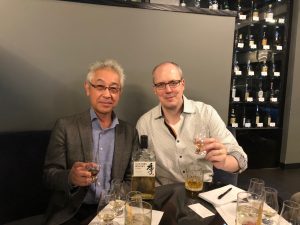 Think you’re cut out to blend whisky for a living? Fukuyo-san notes that the job comes with strings attached: He can’t eat strong foods like garlic or coffee during the week, and fish is outlawed for breakfast. In fact, Fukuyo-san keeps to the same schedule of sleeping, waking, and eating no matter the day — so whether he has meetings in Tokyo or is spending the day in the blending room at Yamazaki, his body — and palate — don’t get confused.

So raise a glass and toast the blender next time you hoist a whiskey. Fun fact: At Yamazaki, the traditional toast internally is “Skol!” instead of “Kanpai!” — in honor of Denmark being the first market that imported the company’s whisky. 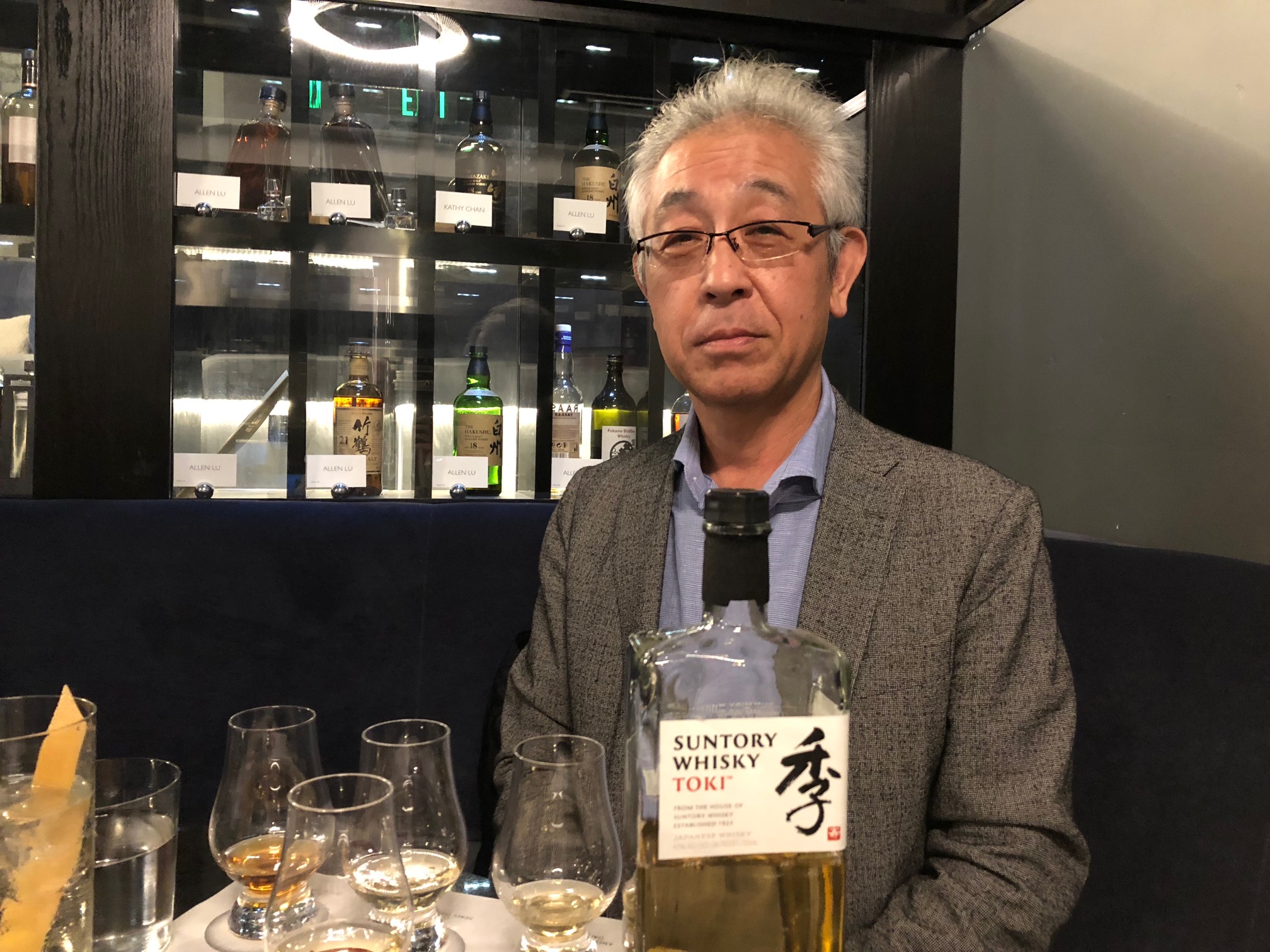 A Visit to Suntory’s Yamazaki Distillery