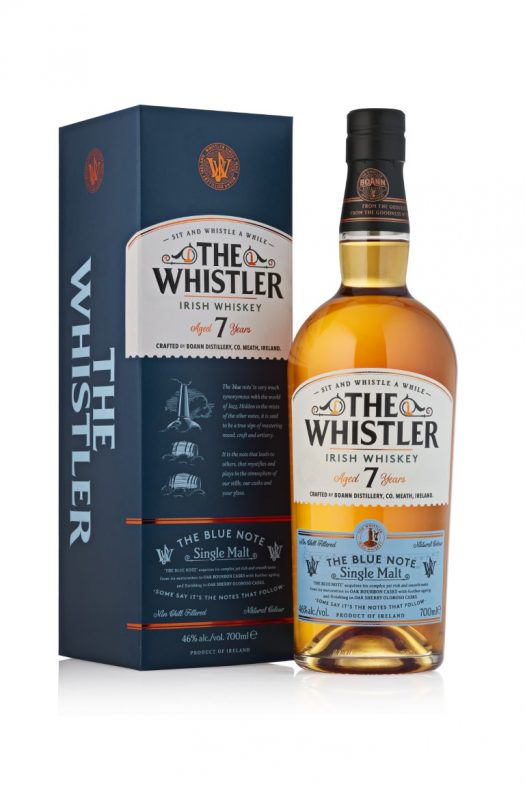 As mentioned in our previous review of Merrys Irish Cream, the company behind it, Na Cuana, also has a straight Irish whiskey on tap.

It’s quite an unusual beast for Irish, a single malt that is finished in oloroso sherry casks for a whopping two years.

The Whistler 7 Year Old Blue Note is a sourced single malt that was aged for 5 years in bourbon when we purchased it. It was at this point that Pat Cooney, the CEO and Owner of our company, put this whiskey into 45-year-old solera oloroso sherry barrels to double mature for a minimum of 2 years. We find that the maturity and quality of our sherry hogsheads lend themselves to the whiskey beautifully, delivering a beautiful bouquet of dark berries, fruits and a dry citrus.

The name the Whistler is in homage to Pat Cooney and his son James, who are avid whistlers. They are oft found entertaining party guests with their wonderful whistling skills. It was during one of these whistling sessions on New Years Eve several years ago that they decided to create the Whistler whiskey.

Let’s see how this unusual spirit pans out in the glass.

The nose is nutty and well-sherried, almost overwhelming at time with its youthful cereal and intensely winey notes. The palate is found a bit on the green side, flush with more cereal and more of that sherry note, a banana-walnut loaf of a whiskey, sweet at times, but heavy with a leathery character as the finish emerges. The finish is more of the same: cereal, nuts, leather, in roughly equal proportions.

The ultimate impression here is not one of Irish whiskey but of young single malt Scotch. But for the want of just a few hundred miles, that’s what this whiskey could actually have been. 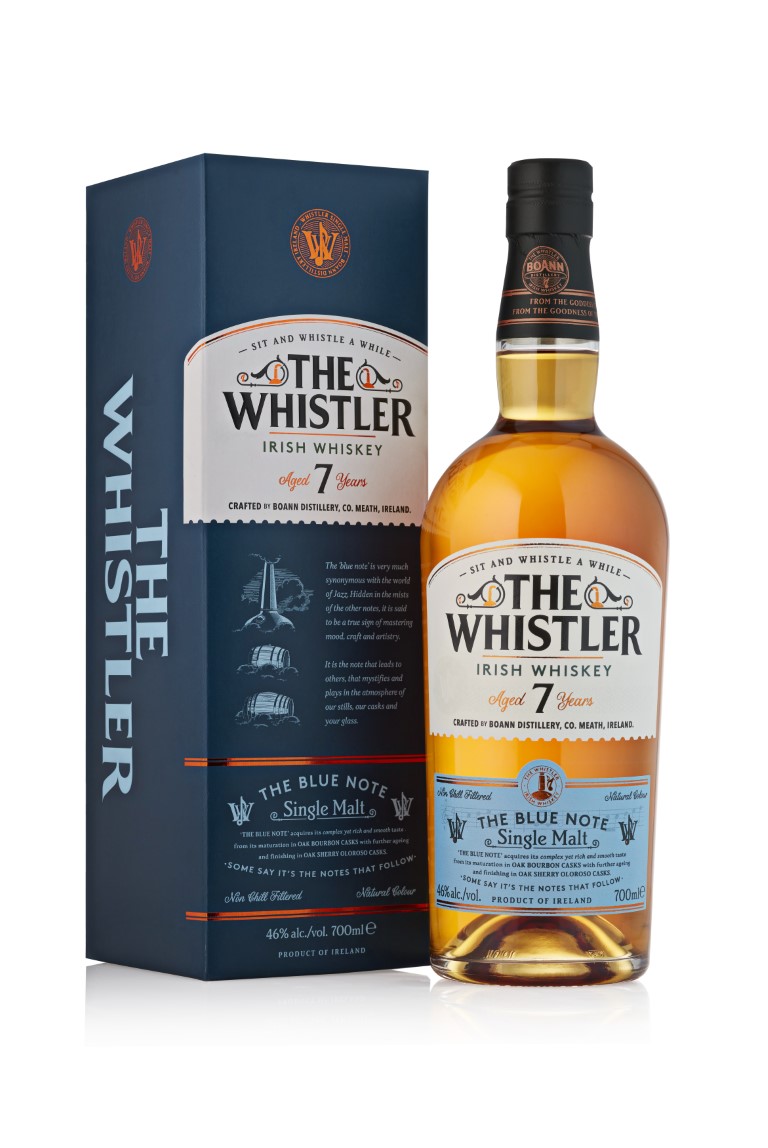