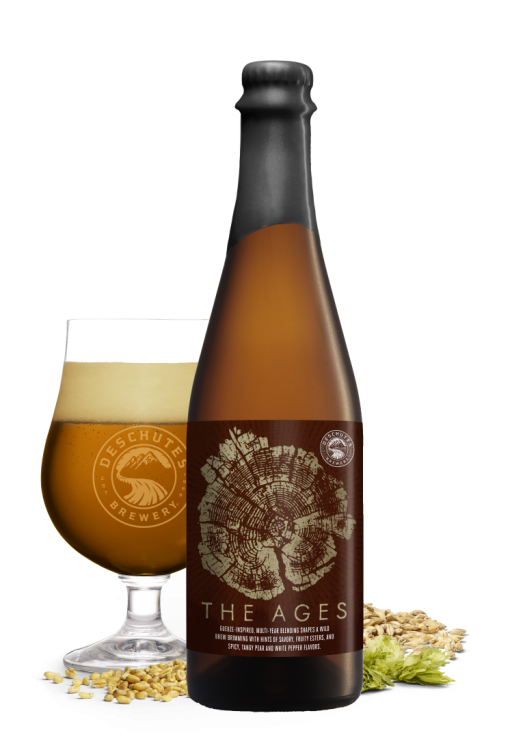 Today we look at three brand new releases from Bend, Oregon’s Deschutes Brewery, and they couldn’t be more different, comprising a hazy IPA, the 30th release of the barrel-aged Deschutes, and the first ever release of a multi-year mashup of various aged brews called, appropriately, The Ages.

Deschutes Brewery Fresh Haze IPA – Hazy in appearance, but at its core this IPA keeps things closer to Deschutes’ west coast roots. Heavily bitter with loads of forest floor and pine needles, any sense of fruit is kept pretty close to the vest, replaced with a finish that runs to mushrooms, leather, and bitter orange peel. Worthwhile on its own merits, but not at all what I was expecting. 6.5% abv. B / $10 per six-pack of 12 oz. cans

Deschutes Brewery Black Butte XXX 30th Birthday Reserve – To celebrate 30 big years, Deschutes is brewing Black Butte with dutched cocoa, and aging 100% of it in oak barrels — eight different types of barrels, to be exact. (OK: These barrels previously contained bourbon, rye, rum, port, sherry, cognac, maple syrup, vanilla extract, or sea salt.) This is one of the most expressive Black Butte offerings in recent memory, a monster that is loaded with notes of figs, dates, maple, and tons of chocolate — with hints of dark cherries, plums, and toasted coconut. Hard to put down, it drinks like a barley-infused dessert, sweet but smoldering, with layers and layers of fruit worth delving deep into. Bottled at an extreme 13.6% abv, it drinks much more quietly and approachably. A / $19 per 22 oz. bottle

Deschutes Brewery The Ages (2018) – A 500ml blend of oak-aged beers — technically a sour Gueuze in style — all whipped up into a wild melange. Surprisingly blonde in color considering all the oak aging, this is a big and puckeringly sour Belgian fruit bomb, steeped to the gills in grapefruit peels, unripe plum, and oversoaked black tea. It’s a bit much for my palate, with a relatively staid palate to hold up such a monstrously sour fruit profile. This is a brew with a specific drinker in mind. You probably know already whether you’re going to love it or hate it, so I’ll leave it at that. 8% abv. B- / $15 per 500ml bottle 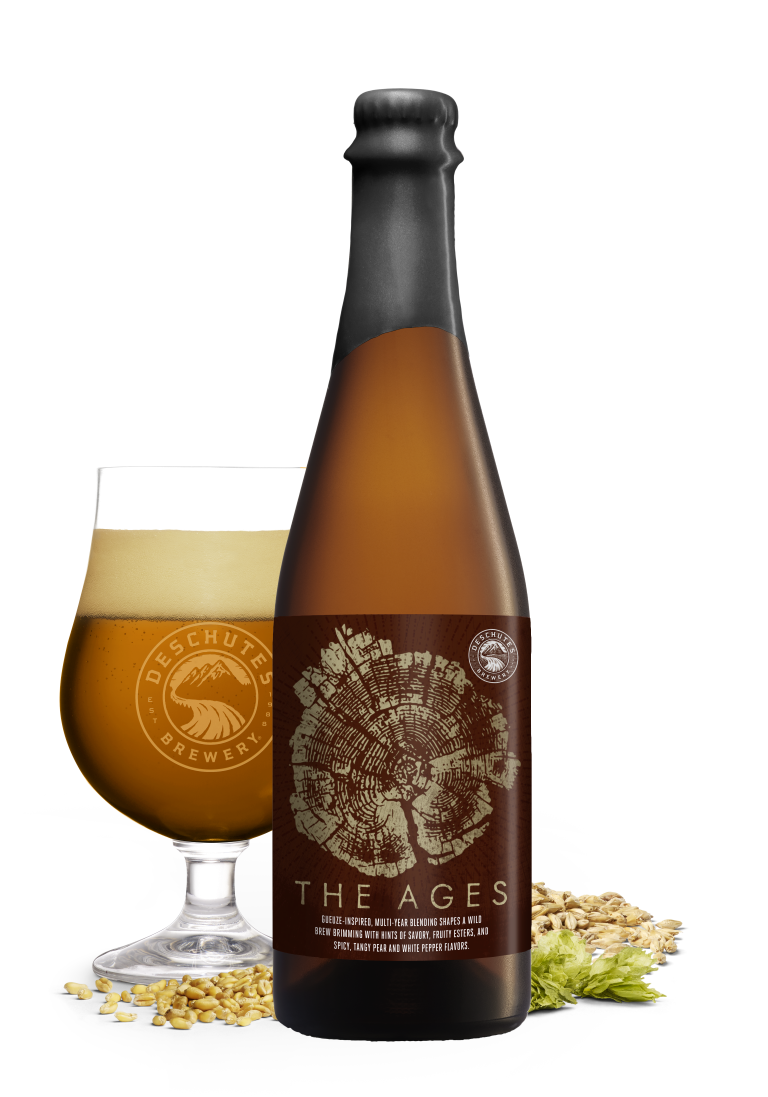