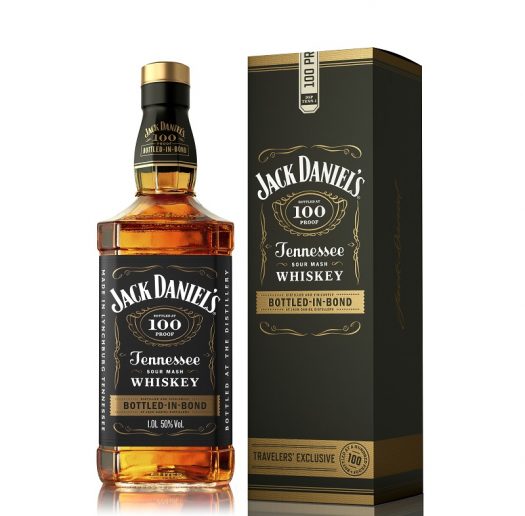 At long last, Jack Daniel’s has released a bottled-in-bond expression, finally jumping on the trend of higher-proof, more boldly flavored whiskeys. This is a permanent extension to the JD line, but there’s a catch: It will only be available in travel retail (aka duty free) stores.

“Whiskey-making in the 1800’s too often produced a hodge-podge of sub-par, counterfeit and even dangerous spirits. Whiskey drinkers at times weren’t sure of what exactly they were drinking or being served,” said Jack Daniel’s Master Distiller Jeff Arnett. “To bring a high level of safety and consistency to American whiskies, the United States Congress passed the Bottled in Bond Act which certified the quality of whiskey carrying that designation. It had to be aged at least four years and bottled at 100 proof at one distillery during a single season. The Bottled in Bond Act was passed in 1897. Mr. Jack began putting his Tennessee Whiskey in the now-familiar square bottle two years earlier in 1895. This new offering replicates those rules that were set more than 120 years ago.”

Every drop of Jack Daniel’s is made in Lynchburg, Tennessee, charcoal mellowed and then matured in new American oak barrels crafted by its own coopers. At 100 proof, Jack Daniel’s Bottled-in-Bond is a bold Tennessee whiskey with rich flavors complemented by classic Jack Daniel’s smoothness.

While Old No. 7 (“standard” JD) carries no age statement, the distillery says what’s inside is generally 4 to 5 years old, though some younger stock could be included in that. The bottled in bond rules require that the whiskey in the mix must all be at least 4 years old and all from a single distilling “season,” so while the overall composition of this expression is necessarily a bit different from the standby, the general approach to the spirit — charcoal mellowing, relatively young stock — is probably about the same. The big difference — and the one you’ll notice immediately — is the higher proof level.

So let’s dig a bit deeper.

The nose of JD Bottled in Bond is a bit pushy thanks to the higher alcohol level, but offers a classic composition of caramel corn, some menthol, and a modest barrel char note. I catch some hints of clove, but otherwise the experience is straightforward — and appealing. The palate immediately feels sweeter than Old No. 7, though an ample corn character still pervades. There’s a gentle mingling of spices — nutmeg and cinnamon — which culminates in an apple cider note as the whiskey opens up. The finish is lengthy and rounded, with mulling spices giving the whiskey a warming, wintry character.

Altogether it’s a dramatic upgrade from Old No. 7, though it maintains a family resemblance, never throwing the baby out with the bathwater. Fans of JD’s Single Barrel releases will find a lot of similarities here — and should pick up a bottle next time they take a trip through duty free. 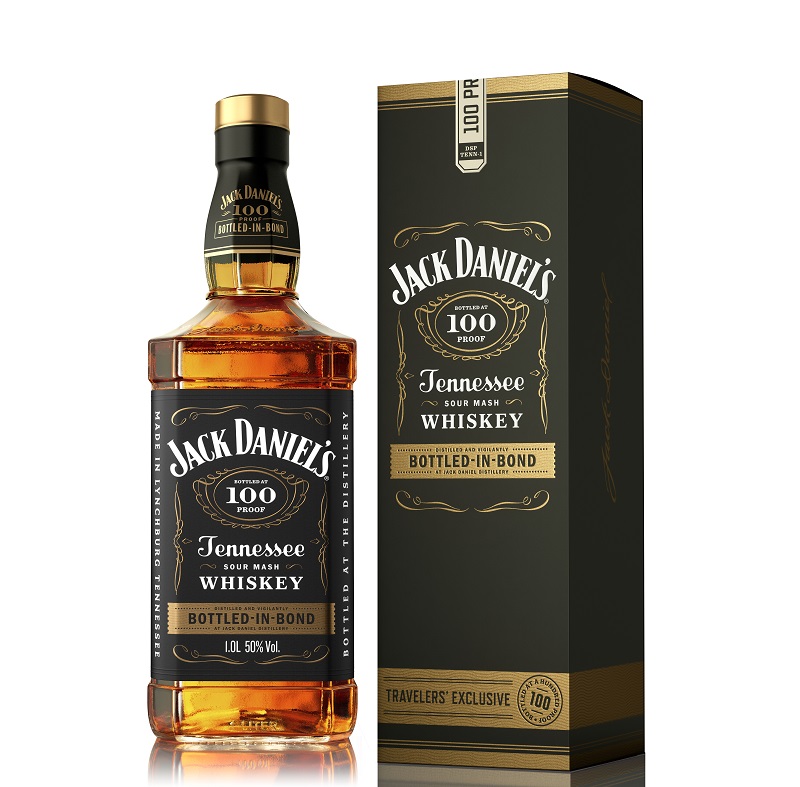