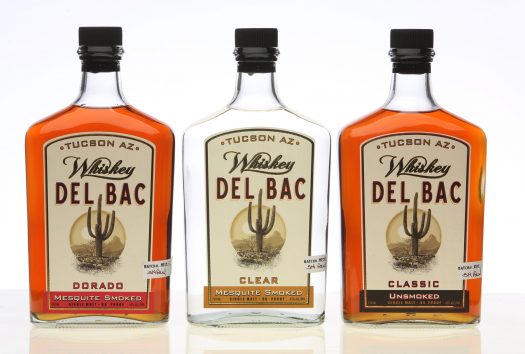 Hamilton Distillers is based in Tucson, Arizona, and wears its desert cred on its sleeve. Distilling out of a 40 gallon pot still since 2011, this is a grain-to-glass (sand-to-glass?) operation that even operates its own malt house (now tank-malted instead of floor-malted). The Del Bac line includes three single malts, two of which are smoked with mesquite wood. The company also makes a few special bottlings, though we didn’t receive any of these for review.

Whiskey Del Bac Dorado Mesquite Smoked – As noted above, Dorado is made with malted barley that is dried not over peat but over mesquite wood, giving it a unique, smoky character that nods at least in the direction of Islay while keeping both feet planted in Arizona. The whiskey is barrel aged, but in what and for how long is not disclosed. While the nose is indistinctly smoky, the palate is quite sweet, with a candylike, butterscotch note here that really belies the aromatic profile. Chewy and often fruity, the smoke and almost bubblegum-like sweetness come together to create an intriguing and engaging combination. 90 proof. B / $50 [BUY IT NOW FROM CASKERS]

Whiskey Del Bac Clear Mesquite Smoked – The unaged version of Dorado is a much different experience, offering a nose of fresh grain and baked bread, mixed together with bold campfire smoke notes. The body takes on a toasty popcorn note, with a real crusty, almost burnt character to it. Some notes of green beans and bell pepper find footing late in the game, particularly on the finish. Altogether it’s a somewhat appealing, if simple, little whiskey, but it’s nonetheless very much a love-it-or-hate-it situation, with the hallmarks of both smoked whiskey and white whiskey coming to play. 90 proof. B / $50

Whiskey Del Bac Classic Unsmoked (2018) – The same stuff as Dorado, but with unsmoked malt. It’s a winner. While this was Hamilton’s “starter” whiskey, made while they were still learning the craft, it’s a totally solid example of a craft-distilled American single malt. Well-sweetened on the nose, there’s still a bare hint of smoke in there, though that could be barrel char creeping into the mix. The palate has a slight greenness to it, but dusky spices and notes of ginger snaps give it a lift. Slightly peppery on the finish, it just barely hints at a good southern barbecue. Definitely worth a look, especially side by side vs. the more brooding Dorado. 84 proof. B+ / $50 [BUY IT NOW FROM CASKERS] [BUY IT NOW FROM DRIZLY] 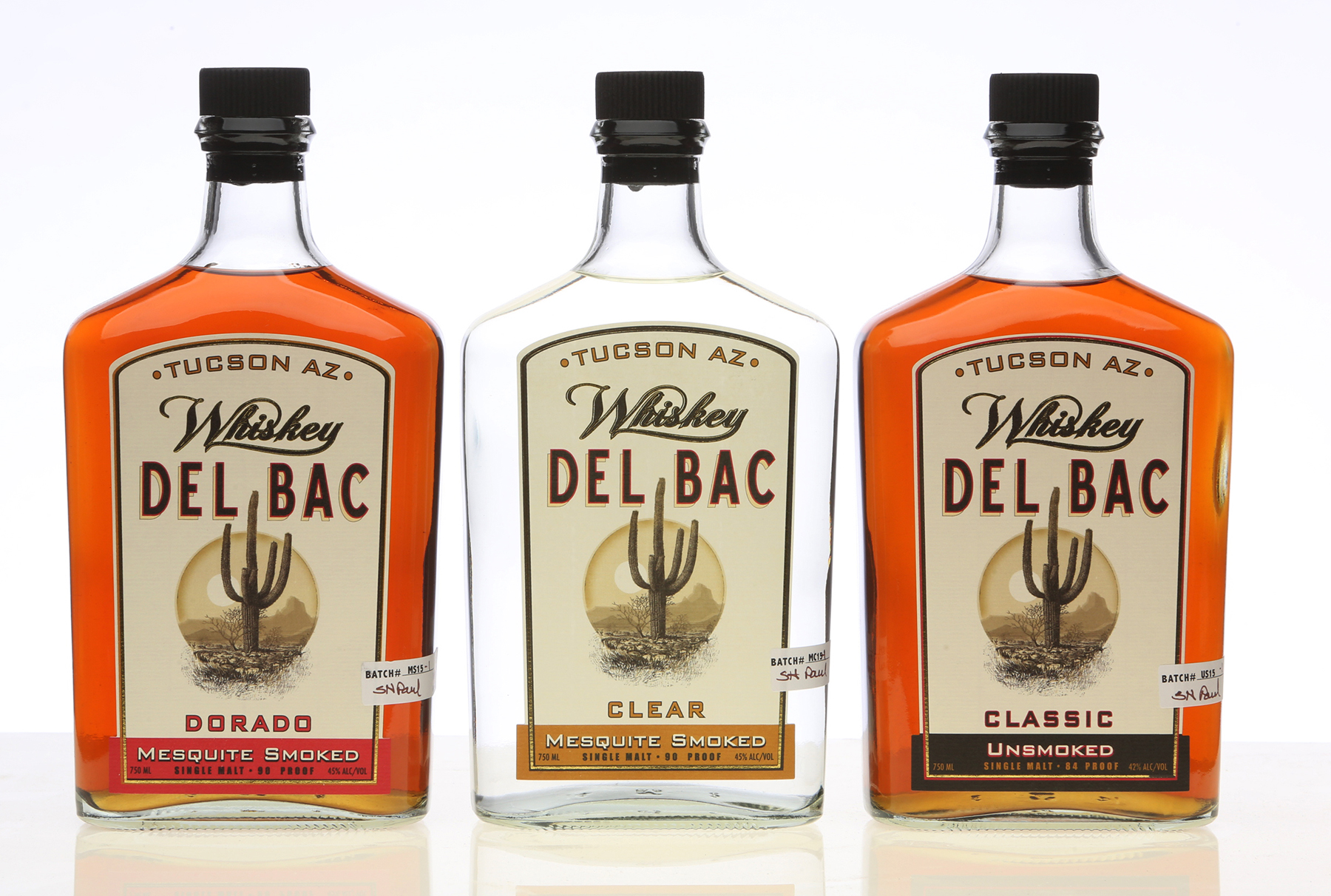