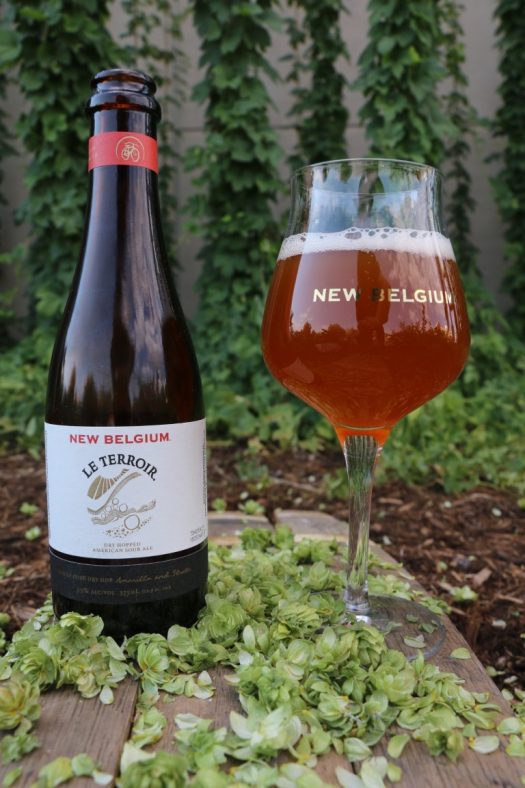 Up next from New Belgium: Three sours and a new addition to the Voodoo Ranger line. We’ve looked at a couple of these beers in prior limited edition releases, so check the archives if you’re anxious to compare vintages.

New Belgium La Folie 2018 – A fresh look at this foeder-aged sour brown ale which we’ve seen several times before. “The folly,” in French, this is a sour brown ale aged in very large barrels called foeders. There’s no subtlety with this one: It’s intensely sour and tart, with intense green apple and unripe plum notes, it hits the palate like a freight train, finishing with a brash, vinegary kick. Not for the faint of heart. 7% abv. B / $11 per 375ml bottle

New Belgium in Collaboration with Oud Beersel Transatlantique Kriek 2018 – Our third look at this collaboration with Oud Beersel, its Traditional Cherry Lambic Ale blended with New Belgium’s Sour Golden Ale, both well-aged in oak. Thoughts largely remain the same: very tart, aggressive cherries and lots of fizz, a note of cola, and a twist of lime peel that lingers on the back end. Refreshing but closer to a fruity soda than a beer. Down from 7% abv in 2016 to 6.5% last year to 6.2% abv now. B+ / $14 per 375ml bottle

New Belgium Le Terroir – An American sour ale, dry-hopped with Amarillo and Strata hops, then “100% acidified in barrels containing our original house mixed culture (numerous cultures of Lacto, Brettanomyces, and Pedio).” Nice balance here between bitter and sour, with a piney greenness up front and an intense acidity on the back end, with notes of sour apple and lemon juice dominating. Quite a finish, full of that bracing, sour fruitiness. 7.5% abv. A- / $14 per 375ml bottle

New Belgium Voodoo Ranger Liquid Paradise IPA – This special release is a Mosaic hops-driven IPA that jettisons heavy fruit for layers of bitterness and a floral character. There’s some mango and pineapple here, but it comes across as roasted/grilled, punched down by a fairly tough level of woody, root-like bitterness, punctuated by notes of dark chocolate and Fernet. Enjoyable, but somewhat out of balance. 8% abv. B / $14 per four-pack of 16 oz cans 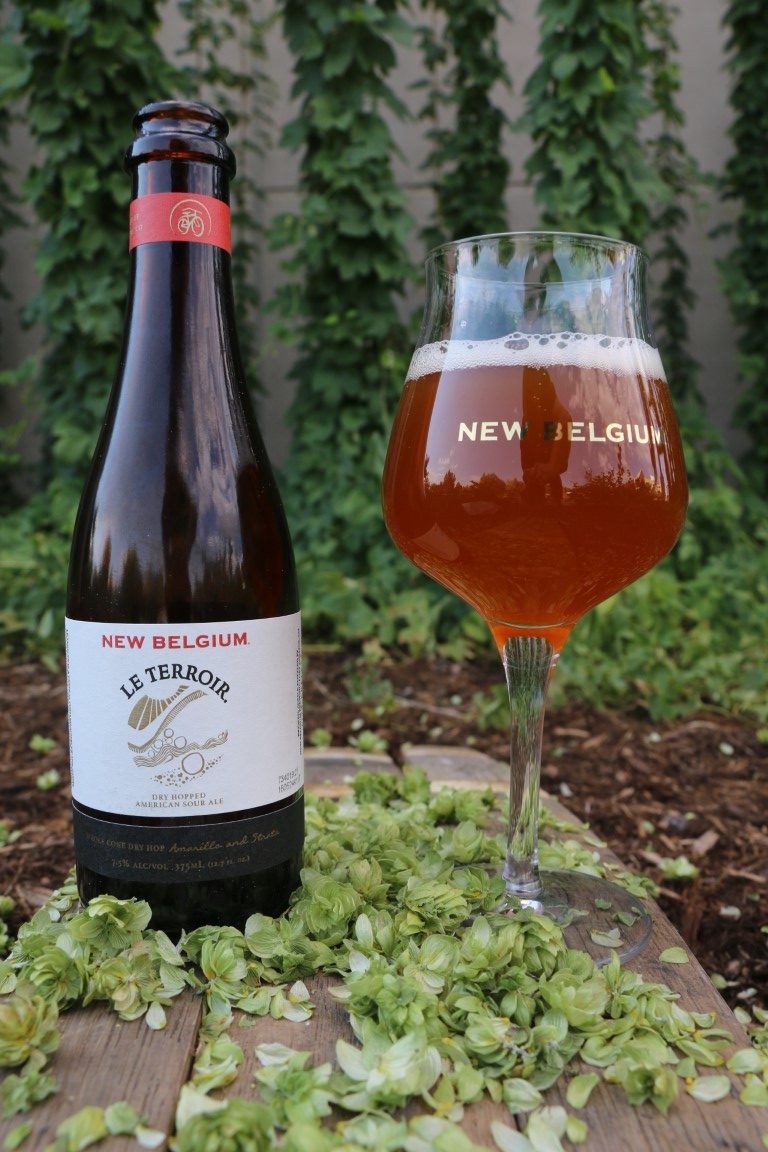 Review: Beers of New Belgium, 2018 Releases
Posted in Beer, Rated A-, Rated B, Rated B+, Reviews