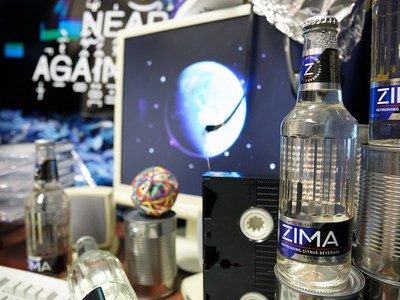 Everything old is new again. I know this because a beverage arrived on my doorstep that I had thought had been discontinued before I was old enough to legally drink: Zima. And yet, here it is. Again.

Zima (aka “Zima Clearmalt”), it turns out, was introduced by Coors in 1993 (when I was 22, who knew?), a product of the “clear craze” that gave us Crystal Pepsi, among other uncolored beverages. It muscled its way into a world dominated by beer and wine coolers, giving casual drinkers a third option: Malt liquor-based beverages that tasted reasonably clean, fruity, and refreshing. Give Zima some credit, because it did indeed launch ready-to-drink semi-cocktails like Smirnoff Ice and Mike’s Hard Lemonade — “malternatives,” in the business — many of which remain popular today.

Zima didn’t go the distance, though production did not cease in the U.S. until 2008(!), though it has never gone off the shelves in Japan, where weird stuff in an art deco-like fluted bottle is always in fashion.

And now Zima is back, at least for a bit, as MillerCoors is giving it a limited reprieve from the gallows, perhaps to see if kitschy nostalgia has any traction with forward-thinking Millennials who weren’t around for Zima’s initial rise and fall. Or perhaps it’s just to capitalize more broadly on the ’90s revival sweeping the nation. Who knows?

So, for the uninitiated (and those who’ve forgotten), what does Zima taste like, and is it any good?

The taste of Zima is as hard to describe today as it was in the 1990s, It’s light on its feet, with lots of mixed fruit flavors to cut through, like someone went into the flavoring lab and said, “Give me one of everything you’ve got!” It’s mostly lemon/lime, but green apple, tangerine, and pineapple are all evident in some degree. Tart and sweet, it has just a hint of the industrial malt liquor that comprises its base (and which lingers for a while). That said, on the whole it’s perfectly refreshing, if not earth-shattering in its enjoyability, in the same way that a can of Sprite can feel great on a really hot day without changing your outlook on life.

Zima’s return to the market probably won’t have anyone scrambling to their local bodega in search of the blue-and-black label, but I will say that, despite my expectations to the contrary, I had no trouble at all finishing a bottle of the stuff. Now if you’ll excuse me, Mrs. Doubtfire is on TV. 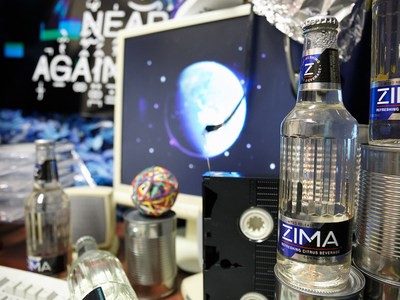