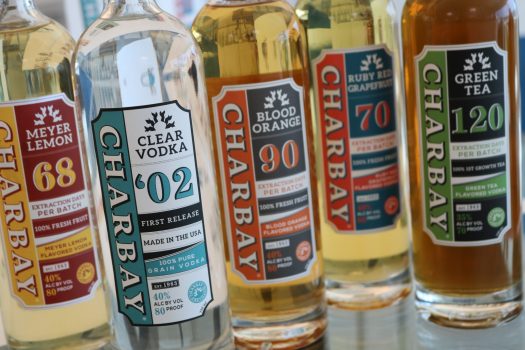 While we’ve reviewed countless whiskeys, tequilas, and even pomegranate wines from Ukiah’s Charbay, we’ve only formally reviewed a single bottle of their vodka — which might actually be what the distillery is best known for.

It’s time to correct things, by taking a deeper dive into five Charbay vodka expressions, from straight vodka to their flavored expressions, all of which have varying degrees of color remaining (see photo above).

All expressions are bottled at 80 proof.

Charbay Clear Vodka – “Distilled from midwest grain. Barely filtered.” This is Charbay’s oddly-named straight vodka, unabashedly produced in the Old World style. Boldly, unapologetically astringent, with a graphite-laden nose that will strip the lining out of your nostrils, this pungent vodka leads to a finish that is heavy with medicinal notes, studded just so with hints of lemon peel. While there’s not a ton of nuance in Charbay Clear, that’s perhaps intentional: Some may balk, but the bottom line is that this is as close as Americans have gotten to Soviet-era vodka to date. A- / $30

Charbay Meyer Lemon Vodka – Flavored with real, organic Meyer lemons from central California. Bold and brisk lemon on the nose, through and through. The palate is even clearer: fresh sweet-and-sour lemon, tinged just so with orange notes in that classic Meyer lemon fashion. The finish folds in complexity, showing green rosemary along with an abrupt, bitter note of astringent lemon peel. It’s bracing and tight, but an excellent example of what lemon-infused vodka should be. A- / $35

Charbay Ruby Red Grapefruit Vodka – Flavored with real Ruby Red grapefruit from Rio Star, Texas. The nose of this vodka is closer to kaffir lime than grapefruit, but it’s as astringent as all get-out, with hints more akin to cleaning fluids than medicinal notes. On the palate, the vodka is exceptionally bitter, pushy with notes of green wood, mushroom, and Pine-Sol dominating. Not loving it. C- / $30

Charbay Blood Orange Vodka (2018) – See prior review; flavored with organic blood oranges from central California. There’s plenty of orange character here, though again it has that sweeter note that evokes tangerine or mandarin orange over standard navel fruit, both on the nose and the palate. There’s a real vanilla overtone to it, which is a nice change of pace from the bitterness of the grapefruit vodka. The finish sees a touch of that astringency creep in, but on the whole it showcases a nice balance between fruit and the underlying spirit. A much more impressive showing than back in ’15. B+ / $35 [BUY IT NOW FROM CASKERS]

Charbay Green Tea Vodka – The most enigmatic vodka in the bunch, this is flavored with a blend of four teas imported from China. A very slight marshmallow sweetness on the nose opens the way to light, fragrant green tea notes — quite floral, with only a hint of fresh basil and lemongrass beneath. The palate toes the line between green tea and sweetened black tea, with a squeeze of lemon thrown into the mix, but ample brown sugar and gentle cinnamon spice lingering on the back end. This is considerably sweeter than most of the Charbay vodkas, but I can’t say that’s at all a bad decision. A- / $35 [BUY IT NOW FROM DRIZLY] 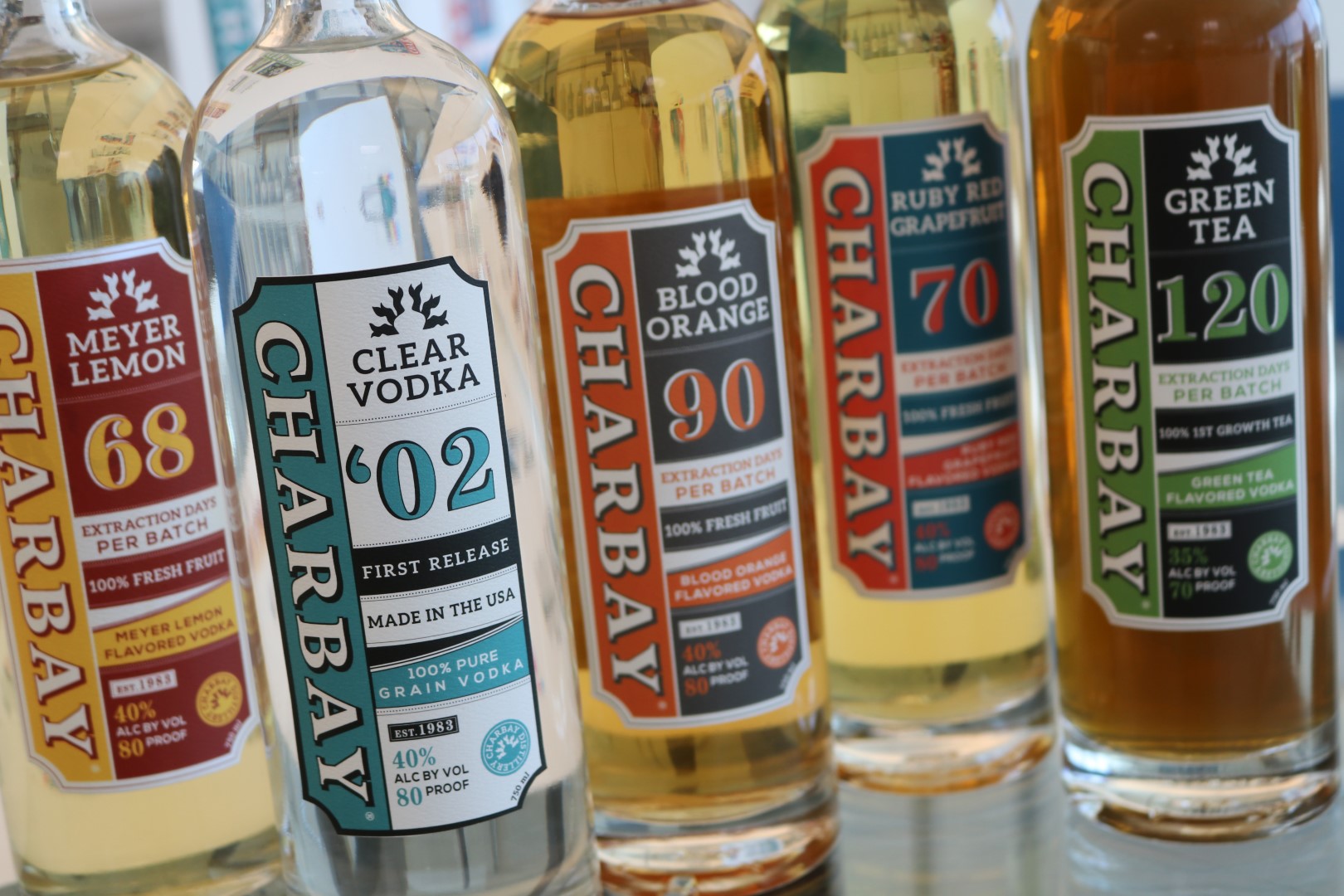