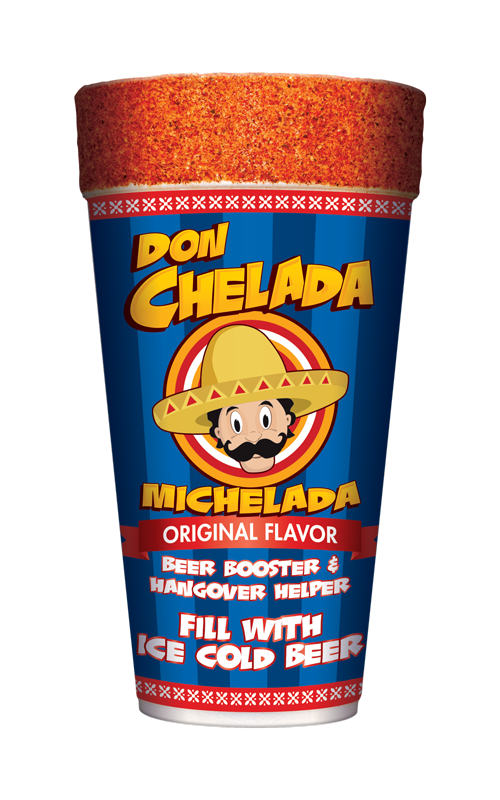 Don Chelada is all in on micheladas, that classic combination of Mexican beer and spicy chiles that is Mexico’s answer to the bloody mary.

Don Chelada offers two ways of making a michelada at home. First, rim a glass with spices, pour in your beer and add a couple of ounces of Don Chelada’s liquid michelada mix.

Or, don’t even bother with the glass: Take one of Don Chelada’s 24 ounce stryofoam cups, already rimmed with spices and containing a packet of powder that you pour into the cup. Then, add two beers to the cup, stir, and drink. It’s not exactly the most elevated drinking experience we’ve covered on Drinkhacker, but Don Chelada says its mix is so powerful you can add a third or even a fourth beer to the mix after you drink it down and still experience el sabor. So, at least it gets the job done.

We tried both the liquid mix and the three cup options the company offers. In general, we highly recommend going with the liquid version, as a heap of dried spices plus beer aren’t great bedfellows — and the heavy coating on the rim is both superfluous and weird.

Here’s the rundown of everything. (Cups are about $2 each.)

Don Chelada Liquid Michelada Mix Original Flavor – Definitely the way to go here. The liquid — tomato concentrate — tempers the spice and lets your beer actually shine through in the finished product. The spice isn’t overwhelming, and it can even come across as a bit sweet sometimes. For those who want a brew with a little kick to it, it’s as good as it gets without mixing something up from scratch. B / $8 per 12 oz bottle [BUY IT NOW FROM AMAZON]

Don Chelada Michelada Original Flavor Cup – Very bold with notes of chili powder and a ton of lemon — more than I care to have in my drink. The mix gives the ultimate concoction a Bloody Mary overtone, but the overwhelming citrus on the finish is a bit much. Use less powder, more beer, or both. C

Don Chelada Michelada Lemon Lime Flavor Cup – Extra lemon and lime is not what Don Chelada needs, in my opinion, but if you want a heavy limon flavor in your drink, this might fit the bill. The finish is quite bitter with lemon/lime rind notes. Again, less powder is probably advisable. C-

Don Chelada Michelada Spicy Flavor Cup – My favorite of this lineup, though it’s really not that different from the rest. A little kick of heat helps to offset that overwhelming citrus peel, but the finish is still very bitter. C+ 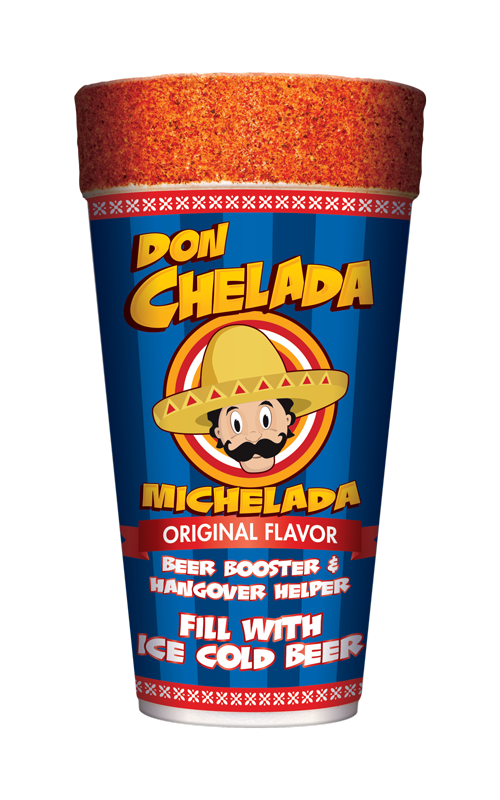