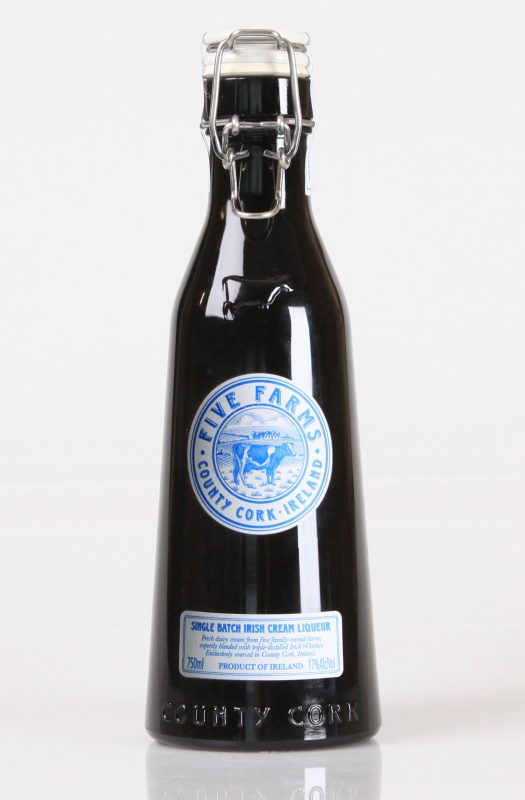 “Single batch” Irish cream from County Cork, Ireland, packaged in a swingtop bottle that looks a bit like a milk container. There’s even a picture of a cow on the label. What could be more authentic, or loveable? Five Farms makes only this single product, so you know you’re getting something truly unique before you even pop the top.

Which we did. Let’s see what’s inside this precious package.

There’s a distinct and somewhat heavy whiskey note on the nose here — not a bad thing, but a bit unexpected in a world of peppermint-cinnamon-flan-flavored liqueurs where the spirit is an afterthought. A bit sharp with alcohol (again a surprise, given the proof), the nose hints at vanilla and chocolate and a bit of cinnamon, while letting dairy cream notes percolate through the mix.

The palate is quite nicely rounded, melding the whiskey and the creamery notes well, taking the mix into a realm of butterscotch, salted caramel, and some spice, the lattermost of which lingers on the back end, where honey-scented whiskey and cocoa powder form a delightfully fresh union. Hard to put down, it’s lovely, very solid stuff. 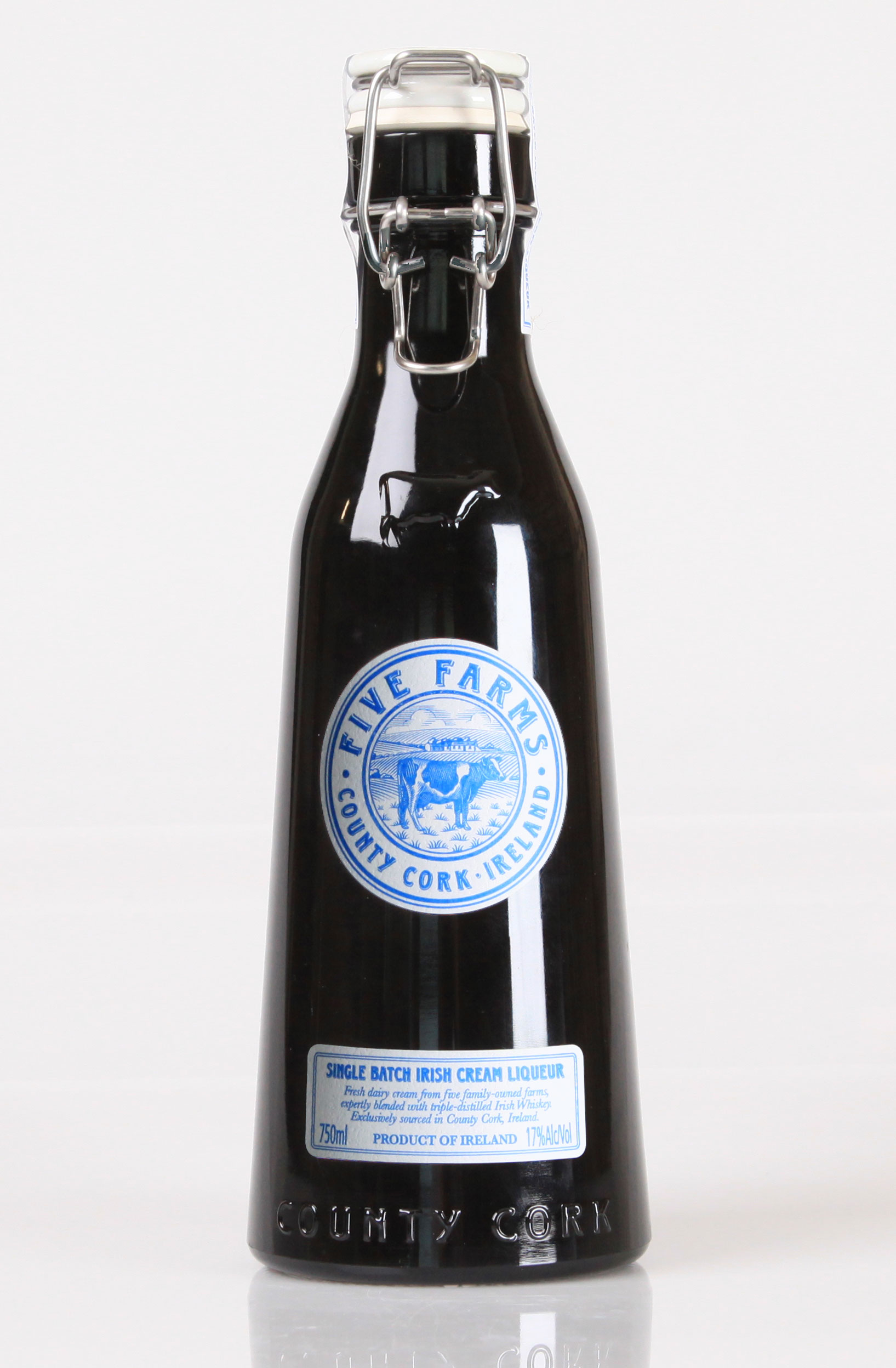