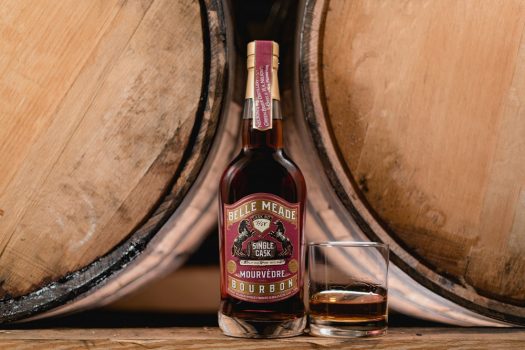 We’ve been fans of the gang at Nashville-based Nelson’s Green Brier since they hit the scene a few years ago, and have enjoyed our visits with them at the distillery and at various whiskey events.

Today we take a deep dive into the distillery’s production, with a fresh look at four sourced bourbons (which Nelson’s finishes and bottles under the Belle Meade label) and two additional products: First 108, the first of its whiskeys that are produced in-house, and Louisa’s Liqueur, a sweet treat for after dinner.

Nelson’s Green Brier Belle Meade Bourbon Mourvedre Cask Finished – A very limited 10 year old bourbon, finished for 148 days in a mourvedre wine cask from Withers Winery. Very sharp on the nose, it’s boldly spicy and aromatic, with a considerable wood influence. There’s no denying the cask strength nature of this whiskey, which hits the palate with bold spice notes and an old wine character, clearly drawn from the finish. Notes of cocoa powder and cinnamon linger on the hot finish, with some amaro-like bitterness (including cloves and dark chocolate) hanging on after. The heat can be a bit much, though the whiskey is so loaded with flavor this is easy to forgive (and temper with water, which brings out a strong butterscotch note). 117.8 proof. B+ / $150

Nelson’s Green Brier Belle Meade Bourbon Cognac Cask Finished (2018) – A whiskey we’ve encountered before, and still firing well. Things kick off with a punchy, woody, classic bourbon core that quickly fades from the lumberyard into a world dominated by raisins, baking spice, and pushy chocolate notes. I don’t get the citrus notes I commented on in prior releases, but I do catch a ton of vanilla on the finish. 90.4 proof. A- / $80  [BUY IT NOW FROM CASKERS]

Nelson’s Green Brier Belle Meade Bourbon Madeira Cask Finished – Though it seemed approachable during our visit to Nelson’s Green Brier last year, I didn’t really care for this much on my more detailed tasting at home. Boldly sweet with the distinct character of buttered popcorn, these flavors never really come together in a way that is unique to Madeira wine. I mostly get notes driven by grain and forest floor elements, and little that evokes the unique spirit of Madeira. 90.4 proof. B- / $80  [BUY IT NOW FROM CASKERS]

Nelson’s Green Brier Belle Meade Bourbon Honey Cask Finished – This one’s both a play on words (“honey casks” are the best of the best in whiskeymaking) and a literal description. In a unique spin, this whiskey was finished in barrels that had previously been filled with honey from TruBee Honey, in Arrington, Tennessee. You can smell the honey influence right from the nose — dusky and a little smoky, with hints of both citrus and mint. The palate is on the sweeter side, as one would expect from the honey casking, with more pure honey-meets-whiskey notes — think Drambuie, but dialed back — touched with a slight cinnamon edge and a reprise of mint on the back end. This is a very unique and quite enchanting little whiskey. It’s too bad only two barrels (both bottled as single barrel releases) are available. Two barrels available, bottled at 113.6 or 105.9 proof (our sample’s specific abv was not noted). 300 bottles total produced. A / $120

Nelson’s First 108 Tennessee Whiskey Single Barrel – While all of the above bourbons are sourced from MGP, Nelson’s has been hard at work getting its own production up to snuff. This is from batch #3 of Nelson’s craft distillation, aged in 30 gallon barrels and finished in 53 gallon barrels — none of that with an age statement — 108 (small) barrels being released per batch. It’s a wheated bourbon, though it does quickly pass through a charcoal filter to allow it to qualify as “Tennessee Whiskey.” A lower-proof (green label) version is also available, though we did not sample it. At full strength the nose is intense, ample corn supplemented by earthier florals, some green pasture notes, and a moderate amount of toasty wood notes. Immediately rustic, the palate largely follows the theme, offering gritty wood and earthy tannin, with notes of cinnamon Red Hots, dried apricots, and light bacon notes. On the whole, the whiskey’s not quite there yet. One gets the impression of a whiskey that’s not yet quite fully formed, but which stands to take shape in impressive fashion. The “First” 108 — or, perhaps, the third 108, as this seems to be — is coming together fine. But when we get to the 10th or 12th 108, I expect to see some magic starting to happen. ~121 proof. Available only at the distillery. B / $60 (375ml)

Nelson’s Green Brier Louisa’s Liqueur – Louisa Nelson ran the distillery from 1891 to 1908, and this coffee, caramel, and pecan liqueur is bottled in her honor. This is not a cream liqueur, but more akin to Drambuie, though it is unclear where the whiskey that serves as its base comes from. Heavy with caramel corn and buttered pecan notes on the nose, this is a very nutty liqueur with a very southern feel. The syrupy, rich palate is thick with notes of barrel char and tons of that spicy pecan flavor. It isn’t until the finish where the coffee notes start to become evident. Complex and in-your-face, it’s a brash liqueur in a category where delicacy is the norm. While it may be a bit much for most tastes, it’s nothing if not unique — and distinctly Nashvillian in nature. 40 proof. B / $22 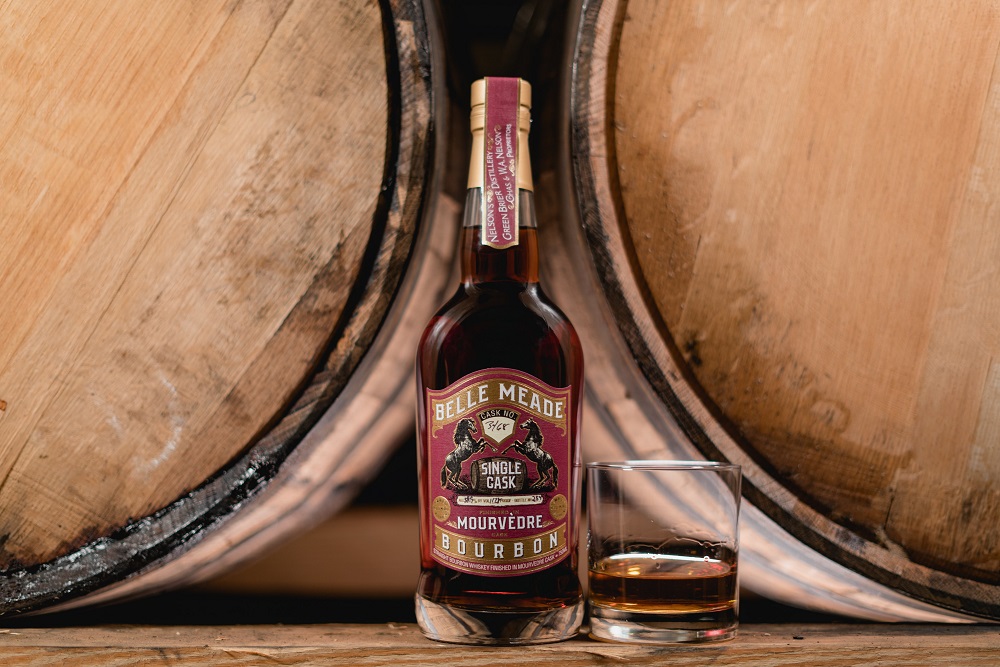 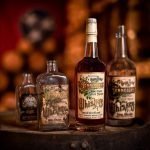