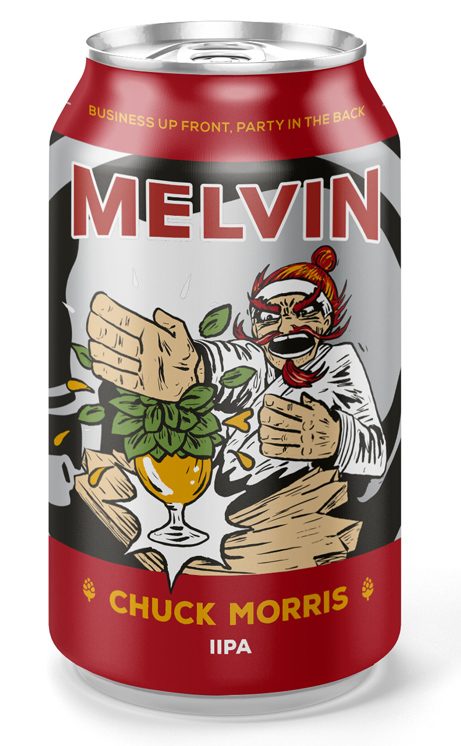 When we previously encountered Wyoming-based Melvin Brewing, it was just a taste of the company’s extensive beer selection. Today we dig deeper into the Melvin lineup, paying closer attention to its exceptional IPAs, each one bigger than the next.

Updated to add a sixth beer we discovered deep in the recesses of the fridge.

Melvin Heyzeus Mexican Style Lager – Can the boys from Wyoming make a credible Fauxrona? This expression has a bigger body than most Mexi-brews, in part because it’s got a bit more alcohol in the mix. That’s good, because while it gives Heyzeus more cojones, it doesn’t come at the expense of added bitterness or funky off flavors. What’s left is a solid, crisp-yet-silky lager with light notes of biscuits and lemon peel. 5.2% abv. B+ / $10 per six-pack

Melvin Hubert MPA – This “Melvin Pale Ale” — really an American Pale Ale when you get technical — drinks awfully close to an IPA in style, with moderate bitterness and plenty of resinous pine notes, despite its relatively low alcohol level. The finish offers more earth and beef jerky than citrus, with hints of cardamom. Nice stuff overall. 6% abv. B+ / $12 per six-pack

Melvin IPA – The brewery’s namesake IPA, though in many ways it’s the least exciting beer in this lineup. Fairly traditional in structure, it offers the expected notes of bitter tree bark and citrus peel — and lots of mushroomy, earthy notes that linger heavily on the back end. For those looking for another anonymous IPA, Melvin is fine, but it hardly stands out in an incredibly dense (and bitter) crowd. 7.5% abv. B / $13 per six-pack

Melvin Chuck Morris IIPA – A double IPA fitting of its almost-namesake, this is one of Melvin’s best and most noteworthy brews, and Imperial IPA that doesn’t whack you over the head with piney bitterness. While it’s got plenty of IBUs, its notes of baked apples, guava, and sweet carrots (that’s what I’m saying, folks) combine to make for a sultry and evocative conclusion. Hard to put down. 8% abv. A / $11 per four-pack

Melvin Asterisk IIPA – A classic IPA with plenty of fruit, in keeping with the Melvin house style. There’s tropical and citrus up front, with a bit of a maple syrup character on the back end, pushing it into heavy-resin territory. It’s a bit less polished than Chuck Morris, with some heavy mushroom notes on the nose that pull you out of the experience, but overall I like it quite a bit. 9% abv. A- / $13 per six-pack

Melvin Drunken Master IIPA – A close relative to Chuck Morris, though Drunken Master dials the fruit down and hikes the bitterness up a bit, making it somewhat less fun than Chuckles. At nearly 10% alcohol, it packs a wallop, too, so take its resinous, unctuous body at the appropriate pace. 9.5% abv. A- / $14 per four-pack 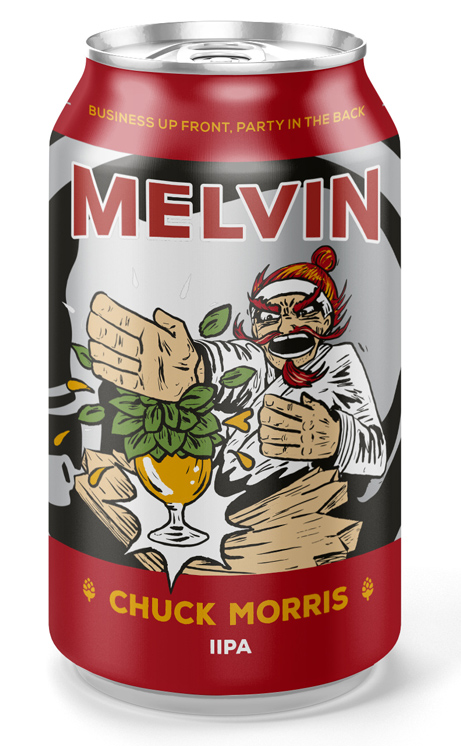