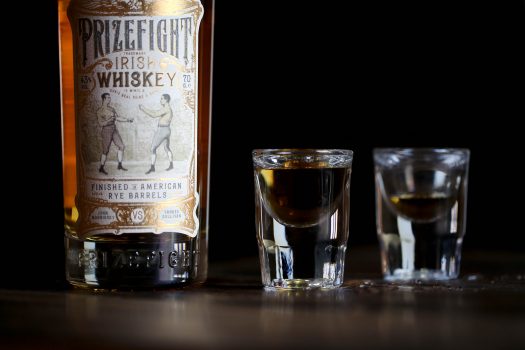 Prizefight is a new Irish whiskey brought to you by Steven Grasse, the creator of Hendrick’s Gin, and Flor Prendergast, an “Irish spirits innovator.” The big innovation here: While Prizefight is distilled and aged in West Cork, Ireland, it is finished in American rye whiskey barrels in the U.S. The blend starts out as a mix of traditionally-aged, 10 year old malt whiskey and 4 year old grain whiskey. The finishing in rye barrels lasts for 6 months.

It’s an intriguing proposition but the resultant whiskey remains on the rough side. Aromatically, there’s more earth than wood prevalent here, making for a nose that is atypical for Irish — black pepper and bacon dominating. The palate is equally tough and leathery, earthy to the point of being somewhat vegetal, here showing ample greenery, licorice, and hemp rope notes. A lumberyard character is more evident, leading to a finish that is pushy, rough, and tannic, its earthy/woody notes lingering in a manner that can be tough to really gravitate to, particularly at this price tag. 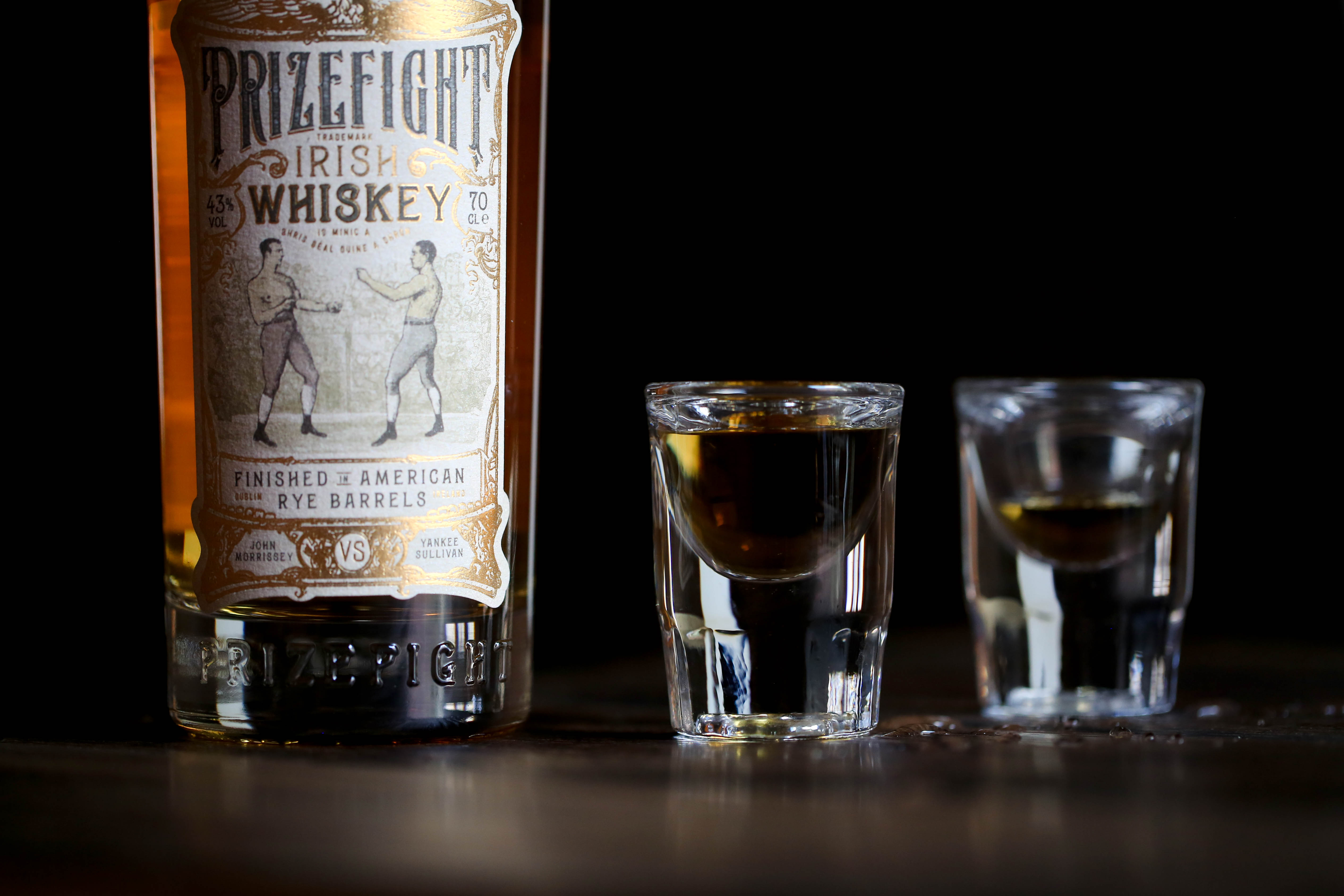