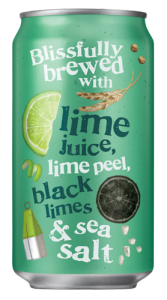 Dogfish Head is no stranger to creative brewing, and this is no exception. It was designed in celebration of Dogfish Head’s own “geographically-enamored seafood restaurant” Chesapeake & Maine in 2016.

And now a word directly from Dogfish Head Communications HQ:

“SeaQuench Ale is a session sour mash-up of a crisp Kolsch, a salty Gose, and a tart Berliner Weiss brewed in sequence with black limes, sour lime juice and sea salt to make this the most thirst-quenching beer Dogfish Head has ever brewed.”

There was also a campaign to promote the beer towards sports-minded, physically fit, on the go, active lifestyle folks who want a beer specifically to adapt to their high energy lifestyle. And then there was also a social media campaign stating that SeaQuench was a beer designed to be paired with seafood.

While impossible to smell the concept of “tart,” the sweetness from the intense lime and wheat certainly sends signals of everything that’s about to come once the proverbial rubber meets the road during tasting. Intense lime and salt and a faint hint of coconut emerge, once the lime dies down. It’s not overly acidic, but the fermentation certainly has certainly plays a heavy hand here. That said, it’s definitely a nice summer beer to kick back with, whether you’re running a marathon, eating raw salmon, or kicking back on a couch and binge-watching television. 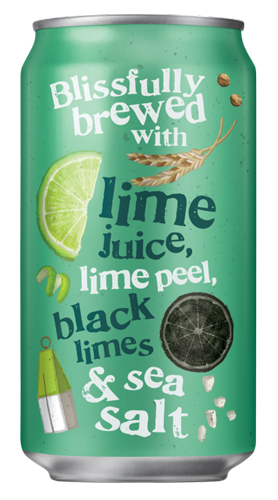