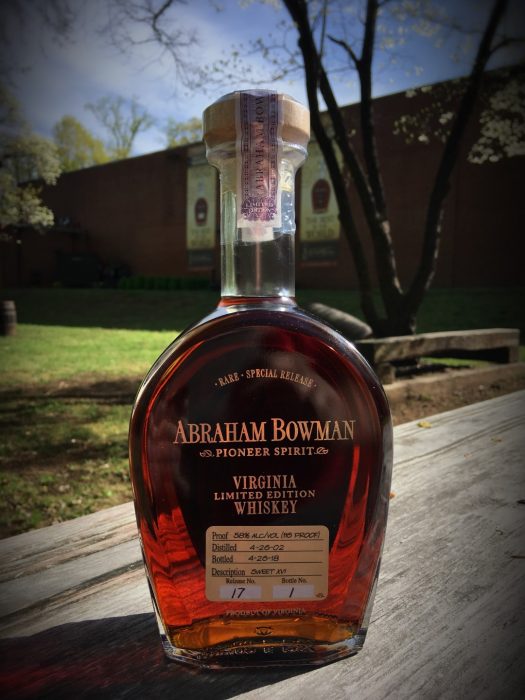 This limited release explores how barrel entry proof affects bourbon flavor profile over long aging periods. The bourbon was allowed to age for sixteen years prior to bottling. This release is comprised of a bourbon recipe that was distilled to a typical distillation proof. It was then barreled in new charred American white oak barrels at four different entry proofs. The four entry proofs chosen for this experiment were 125, 114, 105, and 90 proof. Each of the barrel proofs were evaluated individually over the course of sixteen years before marrying the barrels together to comprise the Abraham Bowman Sweet XVI bourbon.

As its barrel-proof strength would indicate, this is a very hot whiskey, starting with the racy nose. Under the heat you’ll find ample fruit, plus notes of maple syrup, some molasses, exotic dates, and ample barrel char notes. The palate again doubles down on the heat, but offers plenty of baking spice and sweet tea. It begs for water, which really opens things up. With tempering, licorice notes emerge alongside notes of lemon tea, some cinnamon, and a creamy creme brulee note. Lots of vanilla here, which leads to a silky finish that finds raspberry jam and fresh caramel notes really popping. 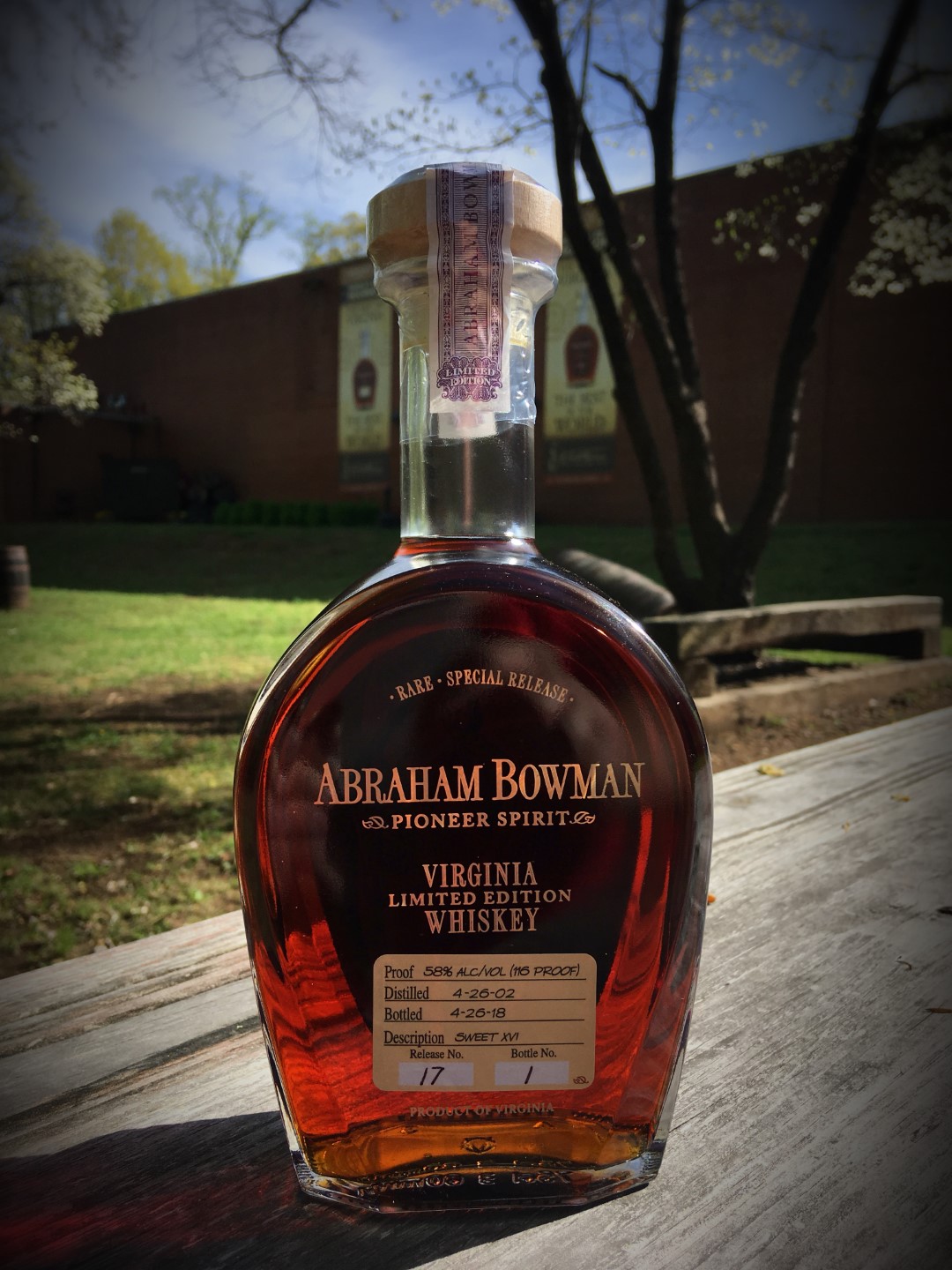