A Visit to Berkeley’s Broc Cellars 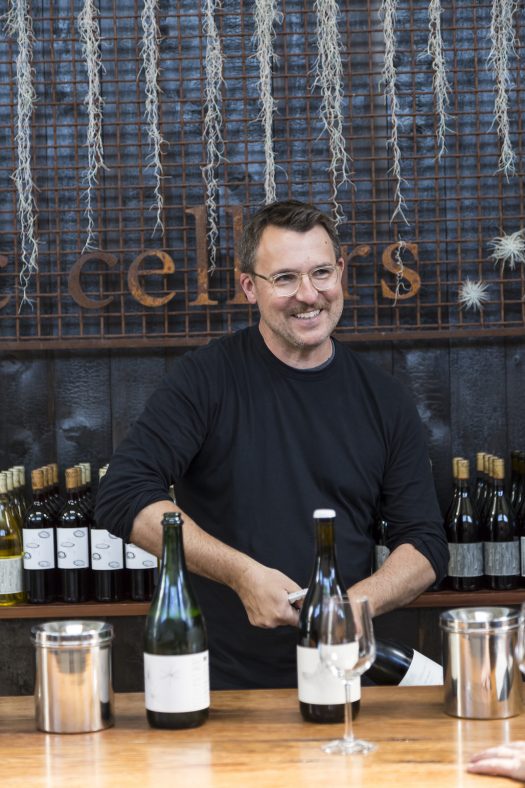 All Photography by Leila Seppa.

Chris Brockway, originally a Philosophy major from Nebraska, has built a chic city winery, complete with spacious tasting room, in the industrial lands of West Berkeley. One side of Broc Cellars is filled with tanks, barrels, and wine being made with fruit sourced from twelve different California vineyards. The other side sports a minimalist, Japanese-feeling barroom lined with wine bottles, art, and gorgeous woodworking that provides seating indoor and out.

From humble beginnings, Chris now makes some of California’s most distinctive wines that transcend the new world/old world framework by being both, which is to say, neither, which is to say now world—delicious, snappy varietals made with little intervention from the bounty that is modern California agriculture.

He cares deeply about the sustainability of the vineyards, preserving the forgotten or over-shadowed grapes, and relishes the adventure of finding those grapes, encouraging them in the vineyards, picking early (by many CA winemaker’s standards) and bringing them to bottle and to many peoples’ tables.

The age old question of “Can I be a man of the soil and a man about town?’ has been answered by Chris with an inspiring ‘Yes.’ 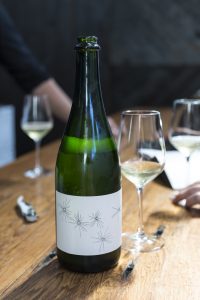 Philosophically, Chris walks the sensible line between Anti-Science and Anti-Environmental Health. Quick definitions in wine context (definitions mine): Anti-Science is the strict or mystical insistence that things done hundreds of years ago are better and more natural; Anti-Environmental Health is an unwillingness to prioritize sustainable farming practices and long-term studies over progress, reach and speed.

In the middle, where those lofty terms such as Truth and Wisdom tend to lie, is Brockway: the winemaker who prioritizes organic environmental care, native yeasts and bacteria, and making wines that consistently taste good, are more affordable, and are not shunned if somewhere along the way modern, man-made scientific intervention was involved in the making. Arguing from the middle is often the least dramatic, but who needs drama when you’re making Broc Cellars?

Wine and Philosophy seem to make good bedfellows (of course Wine is a philanderer). Both have vast histories with differing global factions that interweave religion and science. Both are in constant conversation about the nature of sublimity. Monty Python had an interesting take on the complementary nature that is worth a listen, called “Bruces’ Philosophers Song.”

The Broc Cellars tasting room is conducive to joyful contemplation. I got into taking detailed tasting notes while we were there. All of the Broc wines show what I call a starburst acidity—meaning acidity that travels around your mouth in delightful bursts—bright, fresh fruit and earth tones, along with some unique quality that’s fun to explore. They also all go through full malo and belie the notion that wines put through full malo are necessarily rich and buttery.

Pro Tip: Go to Broctacular on July 22nd and enjoy the wine, the backyard haute cuisine from the proprietors of Naked Lunch and the jovial atmosphere. 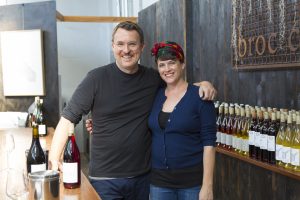 2016 Broc Cellars Chenin Blanc – Also from Shell Creek Vineyards, this was a special bottling on 5/9/18 made from one barrel of 2016 Chenin that was held back (roughly 25 cases made). I loved this wine. It had not yet gone into bottle shock and was salty, wet stone, subtle poached pear deliciousness. This small production may be impossible to find, similar wines are available online and most likely similarly fabulous. $30

2017 Broc Cellars Gibson Ranch Grenache Gris – Mendocino-grown, unfined and unfiltered, this wine has a yeasty, saline texture with white flower and peach tones and, of course, that starburst acidity throughout. Whole cluster grapes on the stems were foot-stomped for our drinking pleasure. Sold out online, may still be able to be purchased at the tasting room. $27

2017 Broc Cellars Mission “Escencia,” Lodi – This varietal deserves a longer bio. I’d never heard of it before, anyway. What we call Mission was originally brought to Mexico by people from Spain, and was first planted in North America in the 1600s, making its way to the Missions in California by the later 1700s. Great article about it here. Broc made 100 cases of this as a dry wine, most of what they pick goes into their sweet Angelica. Chris called this a Shapeshifter wine. I tasted it on two separate occasions. A very light reddish-brown in color, at first scent funky on the nose, with a dusty earth strawberry palate. The second time it was still lean and light, but a juicier strawberry bramble flavor. $25

2016 Broc Cellars Eagle Point Ranch Counoise, Mendocino – aged in stainless steel and neutral barrels, the Counoise is a bright red fruit delight that becomes a smoky, dark plum on the second day of being open, and a lovely red fruit spice on the third day with softer acid and some tannins still showing. $27 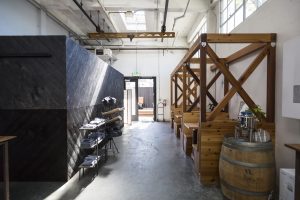 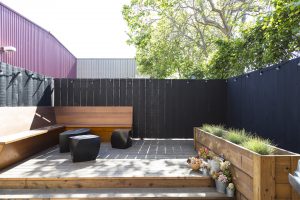 The area in Berkeley that Broc Cellars calls home is growing as a wine destination with the OG Donkey & Goat next door and other wineries popping up around.