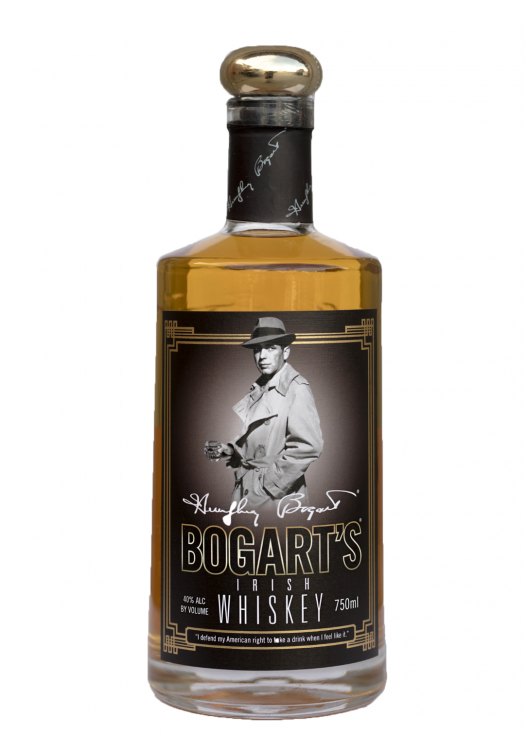 John Wayne got a posthumous whiskey named after him, why not Bogie, too?

Humphrey Bogart gets not just a whiskey, but a gin, vodka, and rum, so the man can totally dominate your bar. The whiskey, the only spirit we’re reviewing here, is Irish in origin — even though from what I can tell Bogart’s ancestry was Dutch. Who knows if the man would have been bothered by that. Lord knows if preferred genever.

Per the company, “Bogart Spirits is a partnership between the Humphrey Bogart Estate and ROK Drinks, a company which was co-founded by U.S. billionaire John Paul DeJoria and U.K. entrepreneur Jonathan Kendrick. Bogart’s is hand-made in small batches by artisans at its own craft distillery in California.”

With that said, this is a true Irish whiskey, a blend of single malts that are 3 years old, aged in bourbon barrels. Only the bottling is done in California by ROK. Let’s taste.

The nose is youthful, which is fully in line with this whiskey’s three years of age. Grainy but sweet, it shows a hint of mushroom and a little raw alcohol character, which sears the nostrils a bit. The palate is suitably rustic, its honeyed core tempered by notes of charred wood and cloves. On the finish, a lingering, savory herb note along with some barrel char hangs on the tongue, along with notes of pencil lead and a ton of toasted grains. All told, it’s perfectly pleasant — and something I imagine Bogie could drink — though it won’t make him forget about Paris. 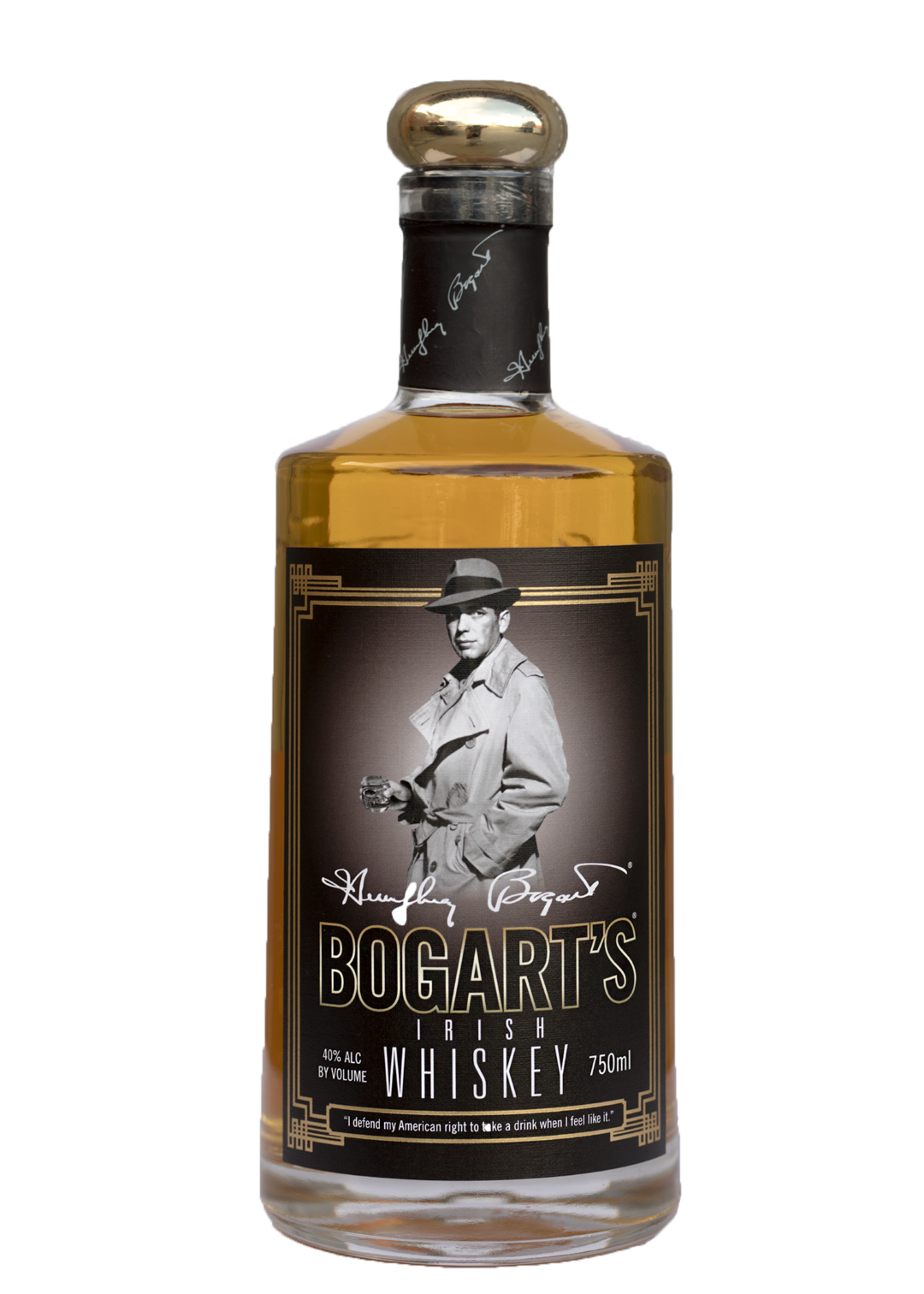