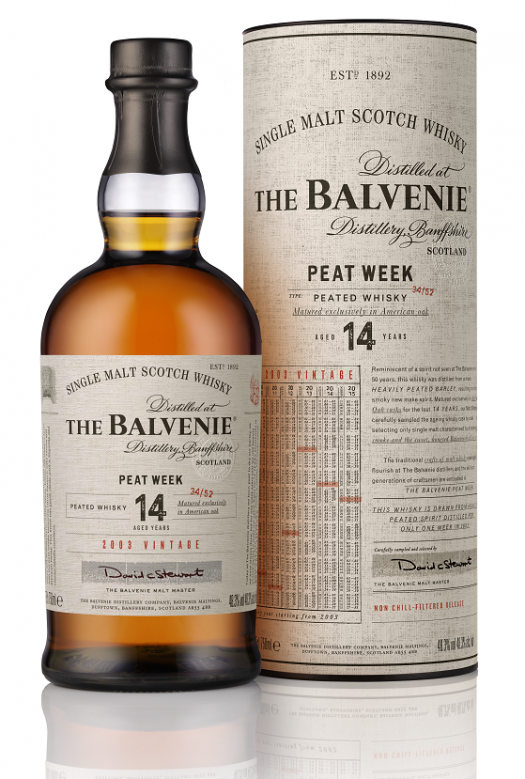 Much like Shark Week, Peat Week is proving to be an annual affair at The Balvenie. If you don’t remember the story, Peat Week is a special release from this Speyside distillery, made from barley that is dried with smoked peat, a production run that is undertaken for only one week each year. Peated whisky coming out of Balvenie is thus quite rare, and here’s where it ends up, in vintage-dated bottles, after it spends 14 years in the barrel.

This is the second edition of Peat Week, and though they are both 14 year old whiskies, they are remarkably different. We put them side by side just to be sure.

The primary difference here is right in the name: Peat. This year’s Peat Week is far more peaty than the 2002 vintage, and on the whole it’s a rather brash whisky, immediately punching you with the smoke and iodine. That might work in Islay, but here it masks the delicate florals and lively sweetness that make Balvenie so special.

The palate follows along on this trend, teeing off with loads of sweet smoke before letting at least a little fruit push its way to the fore. Here we get notes of overripe apple, red berries, and some melon notes, and they’re particularly heavy on the finish… at least until the smoke returns. As the whisky fades however, it takes on a rather acrid, quite pungent character that’s closer to cigar smoke than wafts of peat.

While it’s out of balance, it’s certainly approachable — and I’m decidedly hesitant to say that the magic has vanished from Peat Week altogether. My hope, of course, is that this vintage is the fluke, not the masterful 2002. 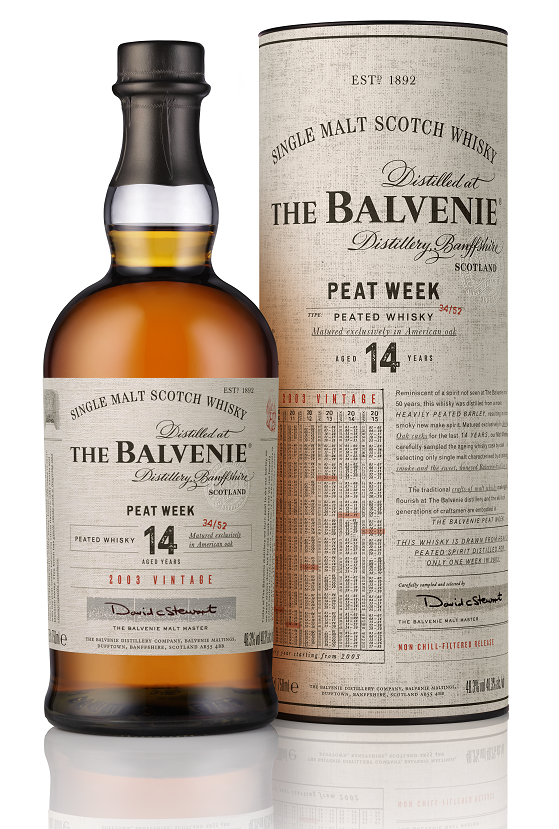