Tasting Report: 2016 Vintage Port (and Beyond) 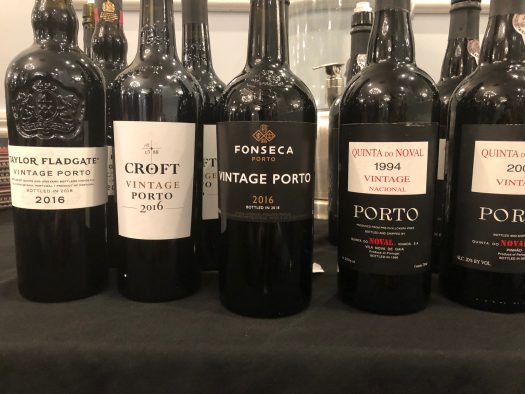 For the first time since 2011, a Vintage Port year is being widely declared for 2016. (A smattering of 2015 vintage wines were also released in limited rotation.)

2016 was a hot, hot year for the Douro — I know, because it’s the summer we were touring there — but numerous producers, who visited San Francisco together in a rare showing of camaraderie to put on a tasting event, insist that the heat worked wonders, thanks to rains earlier in the season and perfect harvesting weather, making for some great wines.

Today we look at 11 Vintage Ports from the new 2016 release lineup. Tasting notes follow, though they come with a caveat: Vintage Port is of course built to age; it’s almost criminal to review them in 2018. That said, I’d happily try all of these again in 2028 to see how they’re developing!

Tasting Report: The 2016 Vintage Port Declaration (and Beyond) 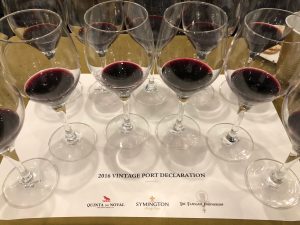 2016 Cockburn’s Vintage Port – Juicy prune, red fruit, chocolate, and some spice. Lots of grip and tannin, leading to a very dry finish, with restrained sweetness. Built for aging. B+
2016 Croft Vintage Port – Stylistically a massive shift from the above, a classic Croft of bold fruit — strawberry, passion fruit, and cinnamon notes. Vanilla and spice linger on the finish, but it still finds some grip, almost chalky at times on the tongue. B
2016 Dow’s Vintage Port – A classic expression of Dow, lush with a bold backbone that showcases chocolate and cherry, before a raisiny conclusion. Gentle florals emerge alongside a lot of acidity. This one will be very long-lived in the bottle. A-
2016 Fonseca Vintage Port – Hints of menthol here, with mild chocolate and a relatively restrained fruit profile. The body feels on the thin side, with some green notes showing. B
2016 Graham’s Vintage Port – Heavily fruity with loads of classic raisin character, plus some figs and dates. Quite floral and perfumy on the nose, with notes of candied flowers giving it a youthful feel. Some mint chocolate notes on the back end. B+
2016 Quinta do Noval Vintage Port – This single quinta port loads up prunes and raisins plus lots of chocolate. There’s a notable licorice note here, plus some menthol and cherry cola on the finish. Lovely balance. A-
2016 Quinta do Noval Vintage Port Nacional – This rarity is drawn from Noval’s most prized plot, producing just 100 cases of wine this year. Similar to standard Noval, but more opulent, with bolder chocolate notes and an herbal edge. There are florals here, but paradoxically more dried fruit as well, all adding complexity to an already complex Port that is loaded with both tannin and acidity. Very ageworthy, but delightful today. A
2016 Quinta da Romaneira Vintage Port – Reminiscent of Croft, with chocolate and spice notes drowned out by heavy fruit — strawberry namely — and fresh flowers. Lively but very youthful, almost impudent. B
2016 Taylor Fladgate Vintage Port – Lovely, classic Taylor, showing notes of chocolate, caramel, and blueberries, plus plenty of currants and spice. There’s a hint of licorice here, adding a bitter complexity, but it’s still quite fresh, even at this young age. That said, ample tannin ensures this will hang on for ages. A
2016 Warre’s Vintage Port – Simpler in style, with raspberry and blueberries quite heavy, chocolate notable on the finish. Tannins are modest, with lingering vanilla. A-
2016 Quinta do Vesuvio Vintage Port – Quiet on the nose, with ample figs, Christmas spice, vanilla, and some anise. Lots going on, but I keep returning to the fig, amplified by mild tannins. This is one of the most immediately approachable Ports in the 2016 lineup. A-

As noted, Vintage Port is designed for aging, and what makes a tasting like this fun is the chance to wander through decades past to see how various vintages have evolved. Eight older wines were offered, reaching back nearly 40 years. Additional thoughts continue.

2007 Fonseca Vintage Port – Licorice notes; mellowing well, showing more clove and anise character. Spicy, almost woody at times. A-
2003 Croft Vintage Port – Surprising density for Croft, with lots of mint. Tannins are starting to soften, letting the red fruit settle in a bit. A-
2000 Quinta do Noval Vintage Port – Lots of mint up front, leading to a weirdly bacon-heavy note. Starting to feel past its prime, though it’s actually quite young for Vintage Port, all leather and licorice. A huge disappointment considering how vaunted 2000 was meant to be. B
1997 Warre’s Vintage Port – Feels fresh, with a little bubblegum character. Dried fruit and dark chocolate notes emerge, hinting at meaty, leathery notes, though they’re still in check. B+
1994 Quinta do Noval Vintage Port Nacional – Still youthful, lush with chocolate and cinnamon, all brown sugar and spice. Ripe with raisins and fresh cherries, plus a bit of lavender. Really firing perfectly now. A
1985 Taylor Fladgate Vintage Port – Significant eucalyptus notes lead to black fruit jam, graphite, licorice, and ample spice. The finish really smolders, though it shows ample acidity. Gorgeous now, but with astounding life ahead, to be sure. Best of tasting. A+
1983 Graham’s Vintage Port – Immediate acetone notes feel off. Heavily perfumed, with overwhelming floral notes. Not really to my liking, though it’s shocking youthful at 35 years old. B-
1980 Dow’s Vintage Port – Drinking its age, this is one of the last years of “old-fashioned” production in the Duoro, before modernization began to take hold. Moderately oxidized now, the sherried notes mingle with old wood to ultimately become seductive and austere, though the fruit is fading fast. B+ 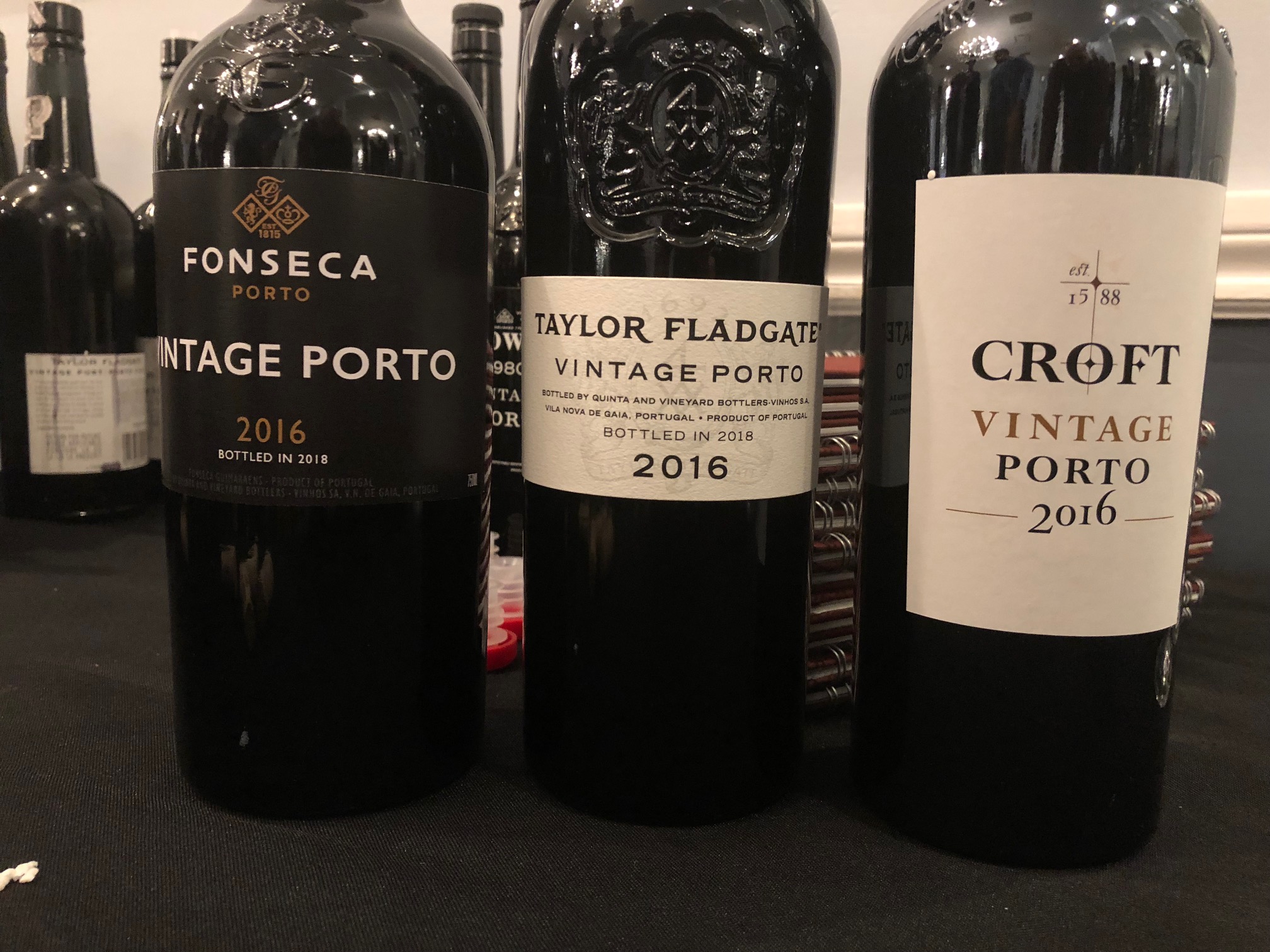 Tasting Report: 2011 Vintage Port (and Beyond)

Tasting Report: 2009 Vintage Port (and Beyond)