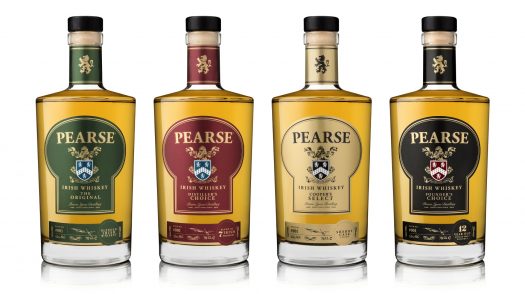 We first became aware of Pearse whiskeys during our recent visit to Lexington, Kentucky, when we dropped in on Town Branch Distillery. Town Branch doesn’t make Pearse, but it does import it, and its stills at the new Pearse Lyons Distillery at St. James in Dublin have been operational for nearly a year.

The distillery makes four varieties of whiskey, though much of the current spirit in the bottles is sourced from elsewhere in Ireland.

Pearse Irish Whiskey The Original – “A blended Irish Whiskey aged in all Bourbon barrels ranging 3-5 years grain and malt blend.” A very pale whiskey, this is a gentle, everyday dram that offers a nose of honey, moving from there into some earth. A hint of motor oil is indicative mainly of its youth. The palate loads up on honey and sees some chocolate notes, plus a smattering of savory herbs. The finish is clean, lightly lemony. B+ / $41 [BUY IT NOW FROM CASKERS]

Pearse Irish Whiskey Distiller’s Choice – “A blend of Irish grain and malt Whiskeys, hand selected by our head distiller. It is predominantly aged in Bourbon barrels with a small amount of Sherry barrel aged whiskey in the mix. It is a 3 to 9-year-old blend.” With a slightly sharper nose, this is a “reserve” version of The Original above, showing more citrus, bolder malt notes, and some black pepper. The palate is however quite gentle, lightly sherried with a growing fruit profile as the whiskey develops in the glass. Notes of roasted nuts and oily resin complement a simple malt character, leading to a finish that brings in a bit of coffee. A personal favorite in this lineup. A- / $51 [BUY IT NOW FROM CASKERS]

Pearse Irish Whiskey Founder’s Choice 12 Years Old – This is a 12 year old single malt, though you’ll need to check the fine print for that last tidbit. Much different than its predecessors. Pushy for an Irish, this whiskey is driven by single malt notes but is heavy on the nose with heather and dried spices, with some menthol character underneath. The palate is rugged, pungent with oily wood, some charcoal, lemon peel, and some butterscotch, but that slightly dusty, barley-driven character endures above all of that. It’s a well-made whiskey, but it’s surprisingly rustic, almost unpolished around the edges, which is both charming and a little off-putting at times. B+ / $59 [BUY IT NOW FROM CASKERS]

Pearse Irish Whiskey Cooper’s Select – “This Irish Whiskey is a malt grain blend that was first aged in bourbon casks and then re-casked into first fill sherry barrels.” Heavy sherry notes, oily nuts, and significant eucalyptus set the stage on the nose. The palate tempers that sharp menthol character by folding in layers of brown sugar, baking spice, and soothing orange notes, though those big mint notes tend to endure. The finish is a bit ruddy, with more of an earthy character than I expected. B / $71 [BUY IT NOW FROM CASKERS] 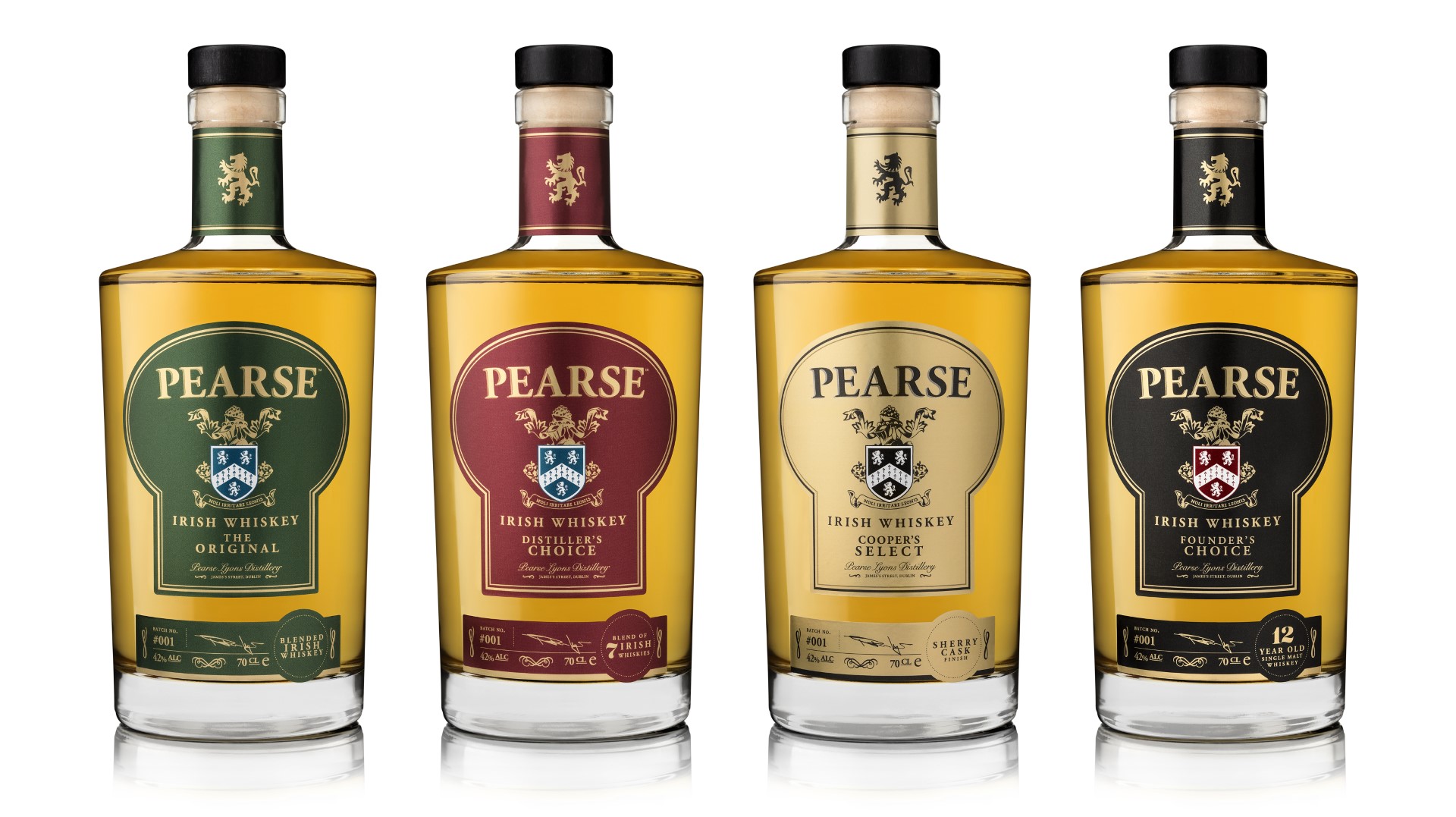