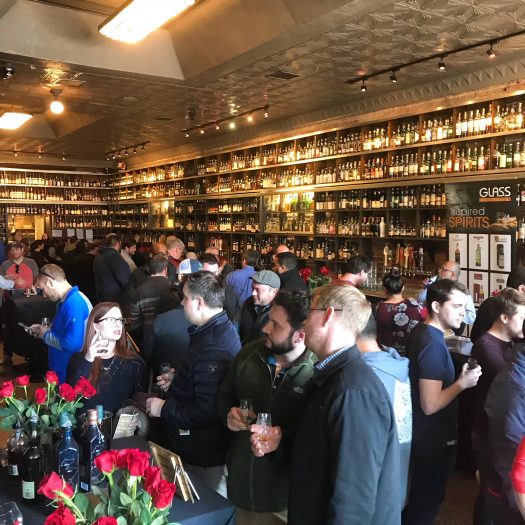 Not many bars can throw their own whiskey festival, but when a bar happens to have the largest selection of whiskey in the Western Hemisphere, it becomes an ideal setting. Jack Rose Dining Saloon in Washington, DC held its inaugural and appropriately named Premier Drams festival on March 25, and we were invited. The bar is one we at Drinkhacker have regrettably not yet introduced you to (working on that), but I’m sure many of you have heard of it already. Some may have even left a rent or mortgage payment there on occasion. For fans of whiskey – of all types, ages, and regions of the world – there are few bars more famous. 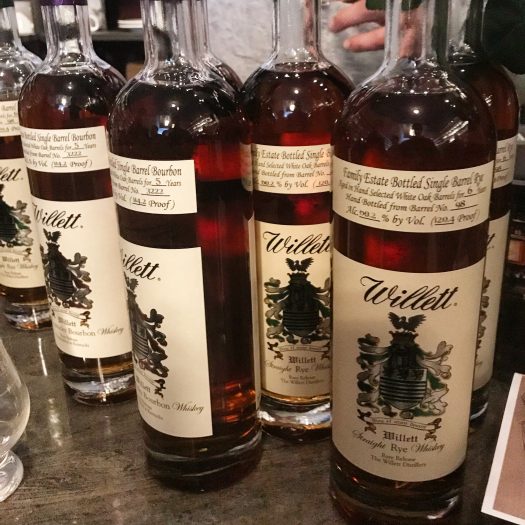 The bar is big but hardly a hotel ballroom, so the number of distillers represented at Premier Drams was carefully curated and featured many names you wouldn’t normally find at your average whiskey festival. Kentucky’s Wilderness Trail Distillery actually debuted their new bourbon at the festival. Willett, a distillery beloved by bourbon and rye geeks, doesn’t typically leave Kentucky for festivals, but they were there and pouring three single barrels of their own make that were simply sublime. Independent bottler Single Cask Nation, whose products we’ve sampled in the past, was pouring a range of very interesting Scottish single malts, while Glenfiddich provided a selection of 15-year-old bourbon- and sherry-aged cask strength single cask bottlings that will never see a liquor store shelf. Kilchoman’s new make whisky was a fun exploration of their distillery character sans the barrel influence, and I even found the 28-year-old Czech single malt I had missed at WhiskyLIVE DC (the only forgettable dram of the night). Thoughts follow on most everything sampled. While I know many of these bottles are not easy (or almost impossible) to find, you at least know where you can find a taste of some of them next year! 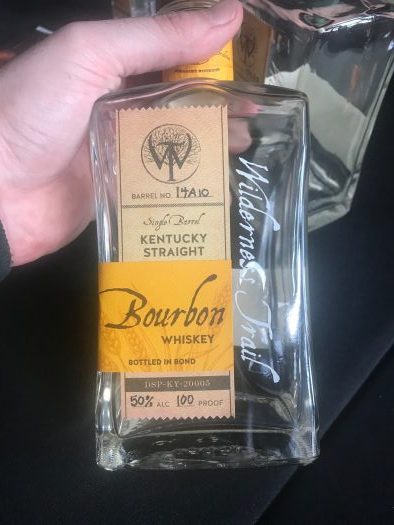 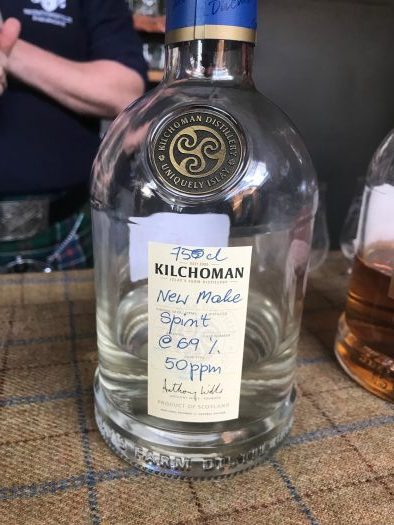 Single Cask Nation Tormore 21 Years Old – interesting nose (almost cheesy); clean and crisp with a big helping of lemon drop on the palate. A-
Single Cask Nation Cambus 28 Years Old – a smoky and sweet berry nose with a nice balance of malty vanilla notes and sherry. A-
Glenfiddich XX – a bit of a fruit bomb on the nose; nutty with pronounced cinnamon on the palate. A-
Glenfiddich 15 Years Old Single Cask Bourbon Cask – honey for days and days with a bit of citrus and the perfect heat, despite the high abv. A
Glenfiddich 15 Years Old Single Cask (Sherry Cask) – elegant with rich stewed fruits, orange marmalade, and gobs of spice cabinet. A
Glenmorangie Astar – a bit on the hot side with bright citrus (mostly lemon) and a chewy, malty body. A-
Bowmore 18 Years Old Manzanilla Cask Finish – beautifully spiced with big raisin notes that become chocolate-covered on the finish. A-
Kilchoman New Make Spirit – a little vegetal but rich and creamy and full of sweet, earthy smoke; surprisingly drinkable. B+
Port Askaig 110 Proof – soft and light on the palate with delicate citrus, campfire, and dried tobacco notes. B+ 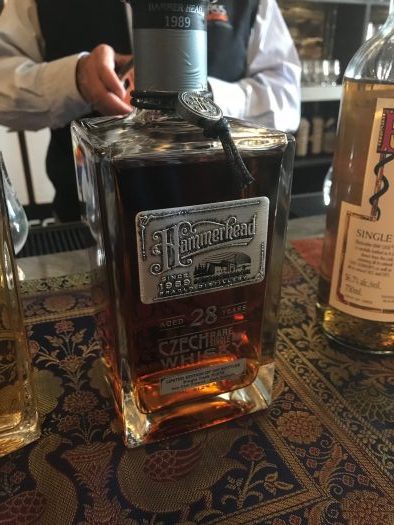