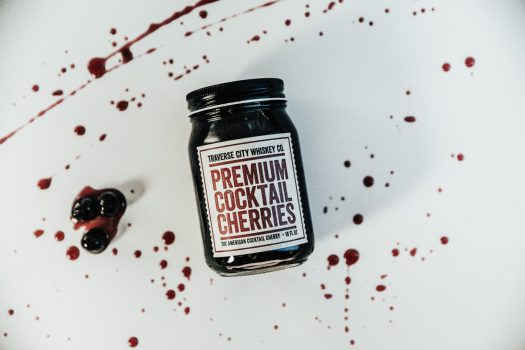 Traverse City is a craft whisky distillery in the eponymous town in Michigan. Lately they’re also introduced cocktail cherries — of the “brandied” variety, not artificial maraschinos. Some details:

TCWC Co-founder Chris Fredrickson chose to use Northern Michigan Balaton Cherries,which are harvested exclusively from orchards in the Traverse City area. The large, plump, firm cherries, which are dark burgundy in color, are delivered to the distillery in five-gallon pails that also contain a natural syrup base that acts as a buffer to protect the fruit from smashing together. The syrup is mixed with Traverse City Straight Bourbon Whiskey and brought to a boil, while the Balaton Cherries are heated to a near-boil, in nearby copper pots, before jarring.

Once the premium cherries are jarred and weighed, they get backfilled with the boiling syrup, which has burned off all of the alcohol during its slow-cooking process. The TCWC team prides itself on traditional jarring methods, better known as the “hot-filled” process, which kills all possible bacteria.

We gave them a try in a couple of cocktails to see if they were worth adding to your garnish library.

These are big cherries, larger than your typical Luxardo, and considerably different in flavor, too. The texture difference is immediate: Traverse’s cherries have bite, almost crunchy, with a relative dryness at their core instead of a burst of juice. The flavor takes a spin away from the typical sweet/tart cherry character one finds with a Luxardo. Here, the cherry has a distinct chocolate character that acts as a foil to a modest earthiness beneath. There’s less sweetness here than in any other cocktail cherry I’ve encountered, but perhaps that’ll be to the liking of some drinkers? For me, however, while I enjoyed eating the cherries on their own, I found them a bit too savory for most recipes. 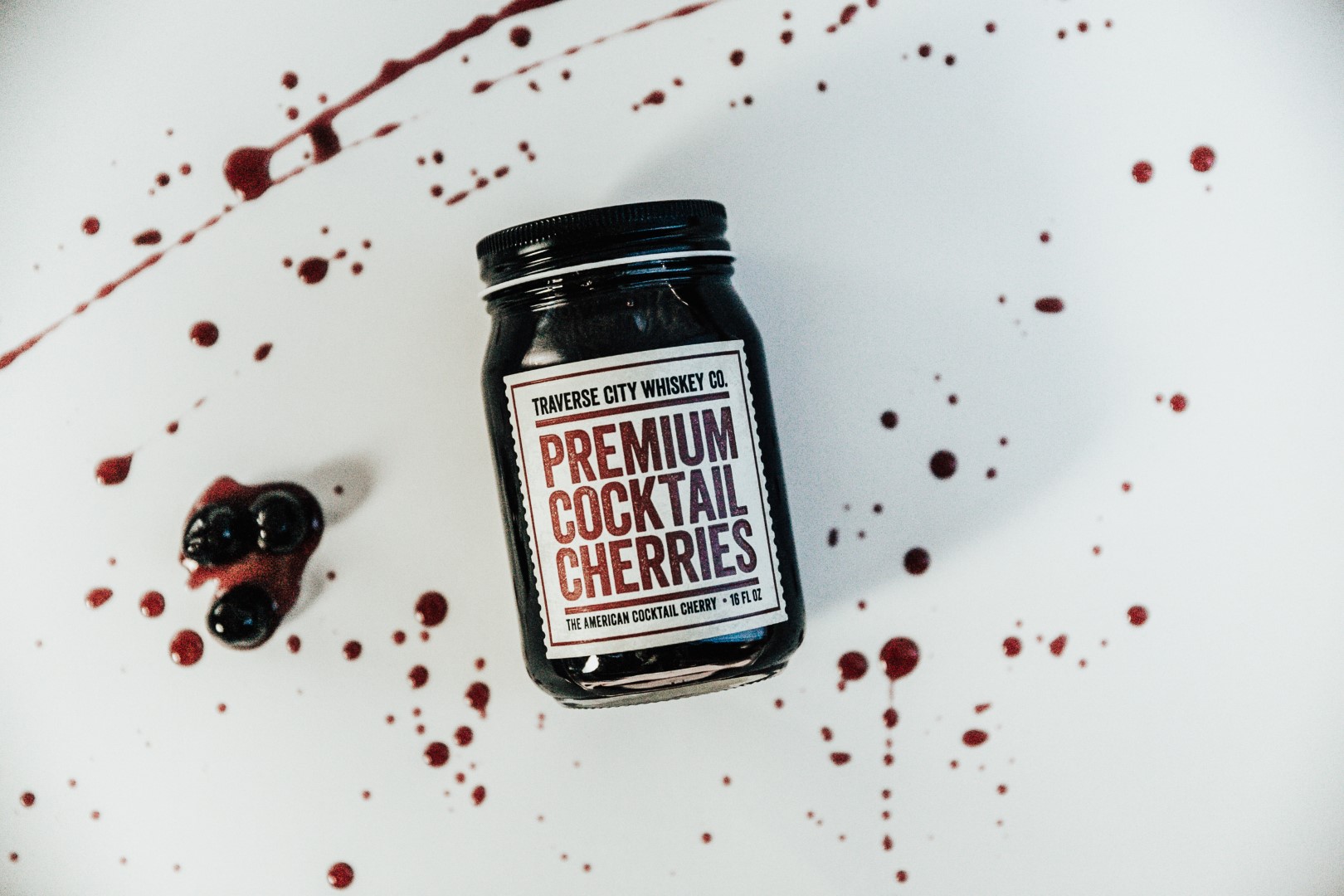