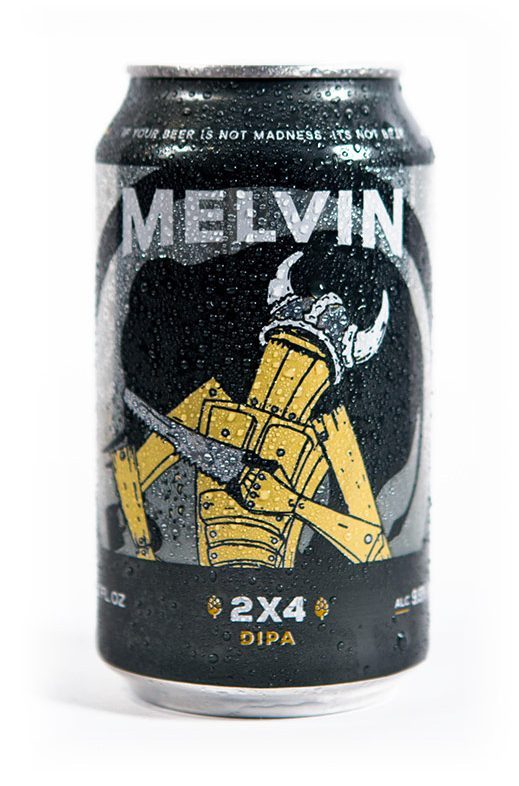 Melvin Brewing can be found in Alpine, Wyoming, where some serious hopheads have been turning out brews since 2009. Today we take a spin through our first encounter with Melvin, both of which are available in cans, but only one of which (the big boy) has WWE wrestler Hacksaw Jim Duggan as a spokesman.

Melvin Brewing TGR Pilsgnar – A collaboration of sorts with Teton Gravity Research, an action sports media company, this is a bright and lemony pilsner, light on the malt and crisp on the finish with notes of saltines and a hint of applesauce. Very easy to enjoy, and harmless at a mere 4.5% abv. B+ / $NA

Melvin Brewing 2×4 DIPA – A bruiser of a double IPA, this burly brew is densely packed with the trappings of the IPA world — “a stupid amount of hops,” per the label. Sticky, resinous pine tar is thick on the palate, but there’s complexity here in the form of orange peel and salted caramel notes. The intense bitterness lingers on the finish for days, a reminder that you’re drinking a beer that clocks in at a whopping 9.9% abv. Hello! A- / $9 per 4-pack 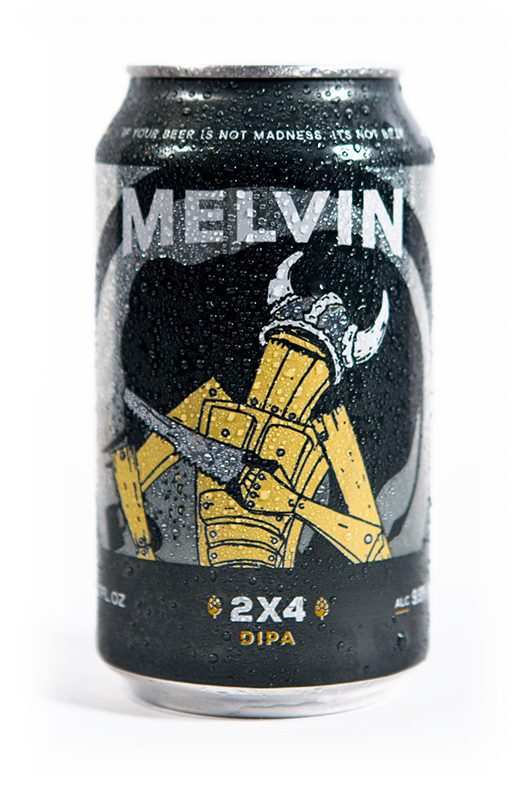