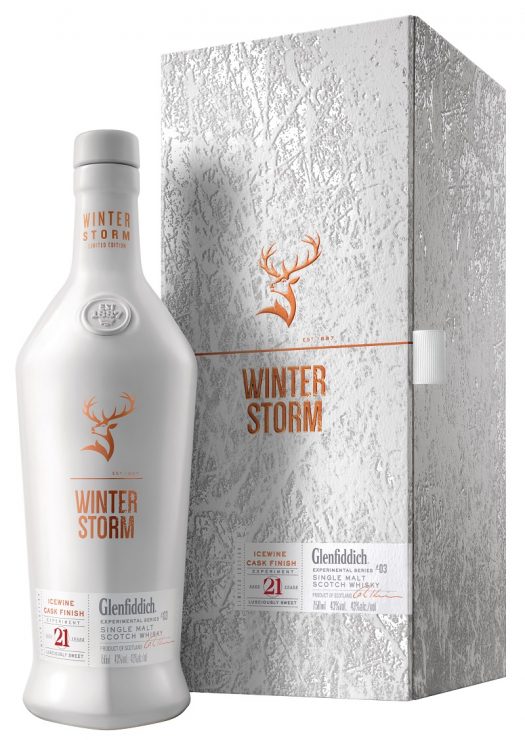 Glenfiddich has long been one of Scotland’s more adventurous distillers, and true to its reputation, the operation is out with a new whisky: Glenfiddich Winter Storm, the first-ever single malt Scotch to be finished in ice wine casks, the latest release in the Glenfiddich Experimental Series, joining Glenfiddich India Pale Ale Cask Finish and Glenfiddich Project XX (twenty).

Created by Malt Master Brian Kinsman, Glenfiddich Winter Storm was inspired by a trip to Canada’s renowned Peller Estate winery in January 2016. Enduring the freezing Niagara weather, he toured the beautiful vineyards and learned how the grapes had to be picked by moonlight at 14?F as soon as they reached full solidity to produce the ideal ice wine. Kinsman returned to the Glenfiddich Distillery in Dufftown and began experimenting with several French oak Ice wine casks from the Canadian winery, filling them with various Glenfiddich aged malts for up to six months.

There will be 650 9-liter cases available in select markets, and there will be no further releases of the 2017 ice wine vintage.

It certainly sounds enticing. Let’s see how the reality lives up to the hype.

Surprisingly, nothing much unusual kicks off the nose: It smells like bourbon-casked Glenfiddich, full of malt, gentle wood, and — perhaps the most unique element here — hints of lemon. This lemon character is also what’s most striking on the palate, a sharp citrus that is decidedly not the expected sherry barrel-driven orange peel but rather a distinctly lemony note, sharper than I would have thought possible in a whisky. As that citrus note fades, and it does so rather quickly, the whisky again reveals a barley-heavy base, with a rather archetypal chewy nougat, vanilla, and gentle chocolate character bringing up the rear. The finish is soothing but on the short side, making me long for more of that lemon meringue pie. 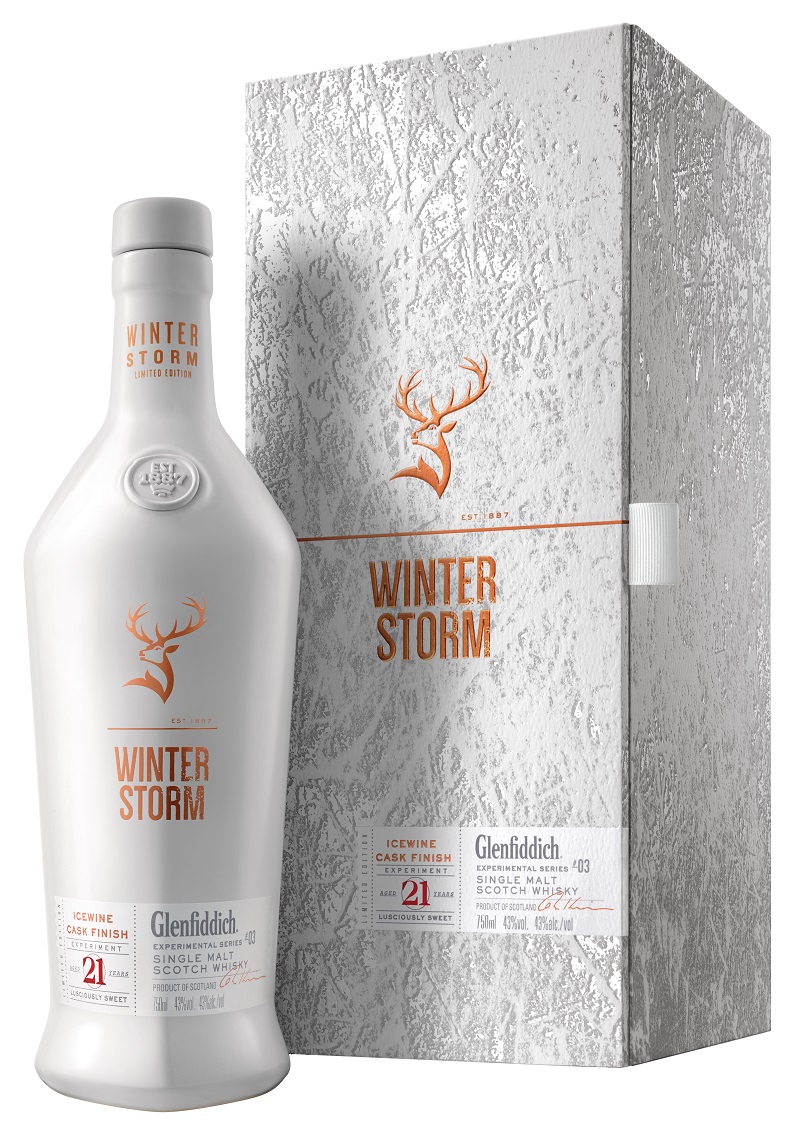