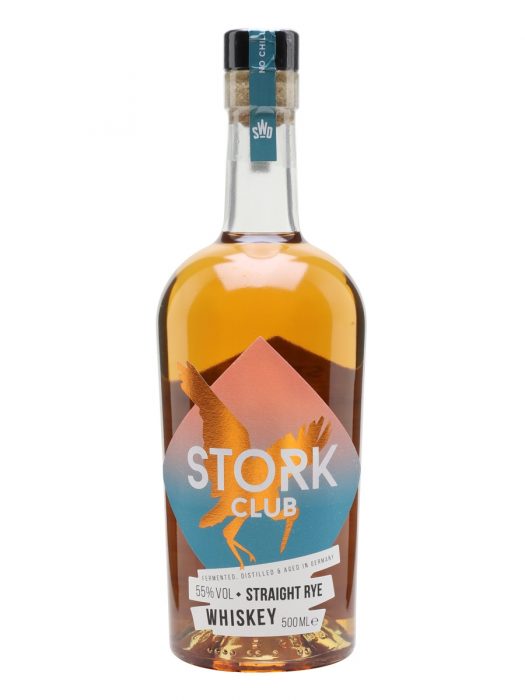 Although it may seem like it, the explosion in craft whiskey distilling over the last decade hasn’t been confined to America alone. Even countries without a tradition of whiskey-making have started to get in on the game. Germany’s Spreewood Distillers is a great example of this trend. In a country better known for schnapps and Riesling, they’ve been distilling whiskey since 2004 just outside of Berlin. German rye grain is well-known for its quality and is used in the production of several American whiskeys (Wild Turkey and Bulleit, among others), so it’s no surprise that a rye whiskey would figure prominently in their portfolio. Stork Club Straight Rye is a 100% rye whiskey aged 3-4 years. It’s a blend of whiskey aged in three different cask types: virgin American oak, sherry (both Oloroso and Pedro Ximenez are used), and white wine. The Spree forest where the distillery is located is a swamp with very cold winters and humid, windless summers, making it ideal for whiskey maturation. On paper, Spreewood Distillers seems to have a lot of the necessary ingredients for good whiskey. But how does the final product actually taste?

I was expecting a big rye punch on the nose of this whiskey, but instead Stork Club Straight Rye showcases less rye spice and more of a peculiar fruity sweetness with dark red fruits, cola, and a little acetone. It’s clean and surprisingly soft given the proof. The palate is rich and oily with a familiar rye heat that moves quickly to the back of the throat. The different barrel influences are evident as the flavors develop. Notes of brandied cherry, dark raisin, clove, and red licorice are layered with oak, vanilla bean, cocoa powder, and a little caramel sauce. There’s a slight astringency on the palate (probably from the new American oak), but the flavors meld well, regardless. A warming and generous finish carries more dark red fruit notes and drying oak. It’s an interesting and enjoyable whiskey that easily stands up to some of the best craft offerings this side of the pond.