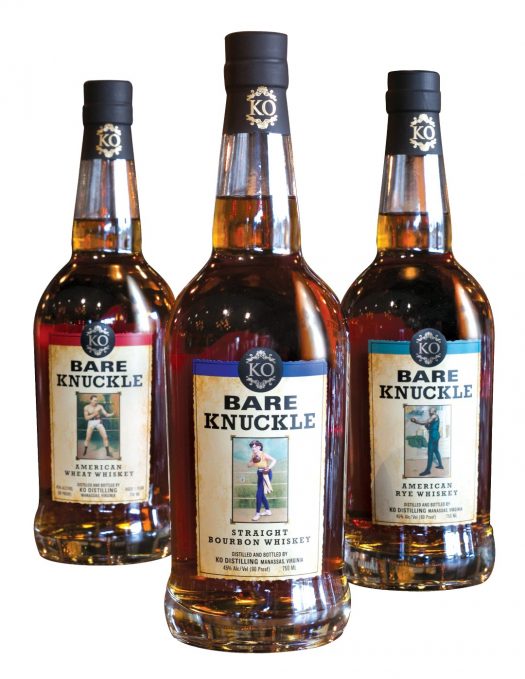 KO Distilling calls Manassas, Virginia home, and this outfit, which opened its doors only in 2015, already has a significant portfolio to show off. Today we look at its collection of American whiskeys — a bourbon, a rye, and a wheat whiskey — all of which are made with grains sourced from local Virginia farms, milled on-site, double distilled on a hybrid Vendome still, and aged in new, #3 charred, 53-gallon standard-size barrels. From a craft perspective, KO is doing everything perfectly.

Today we look at the full trio of whiskeys, all bottled in late 2017. Let’s see how technique translates to the bottle.

All are bottled at 90 proof.

KO Distilling Bare Knuckle Straight Bourbon Whiskey – This is a two-year-old bourbon made from a mash of 70% corn, 20% wheat, and 10% malted barley. Young though it may be, there’s craft here, as evidenced by a nose that incorporates caramel corn alongside some smoky bacon notes. The palate offers hints of butterscotch that lift up the sweetness, but by and large the bourbon is still on the immature side, heavy with popcorn while showing some mushroom and burnt toast punchiness. While raw in the middle, there’s promise around the edges in the form of zippy cloves, toffee, and dark caramel notes, all hallmarks of a whiskey still developing, yet developing well. B / $40 [BUY IT NOW FROM DRIZLY]

KO Distilling Bare Knuckle American Rye Whiskey – A 100% rye, aged 18 months in new oak. This one holds up better to the brief aging process, with a more rounded nose of toasty oak notes backed up with hints of licorice, camphor, and savory spices. The palate is considerably more engaging than the nose lets on. It’s young, yes, but the spice and wood combine here to make for something quite a bit more fun than you might expect. Healthy vanilla and cinnamon notes linger on the tongue as the wood element quickly fades, though the finish sees just a touch of char-meets-rubber character, a reminder that you’re drinking a pretty solid rye that’s a mere year and a half in age. Would love to see this rye at four years old. A- / $46 [BUY IT NOW FROM DRIZLY]

KO Distilling Bare Knuckle American Wheat Whiskey – Made from 60% wheat, 30% rye, and 10% malted barley, aged one year in new oak. This whiskey is the youngest of the bunch and it shows. Lumberyard is heavy on the nose, really dominating everything else. Give it some air and notes of clove and mushroom emerge, but these are faint and not all that interesting, anyway. The palate is sharp and quite youthful, heavy with granary notes and a more moderate sawdust character, but this fades surprisingly quickly, leaving behind a slightly salty character with secondary notes of milk chocolate, cherries, and toffee. It may not have much nasal engagement, but on the palate it’s a surprising delight. B+ / $36 [BUY IT NOW FROM DRIZLY] 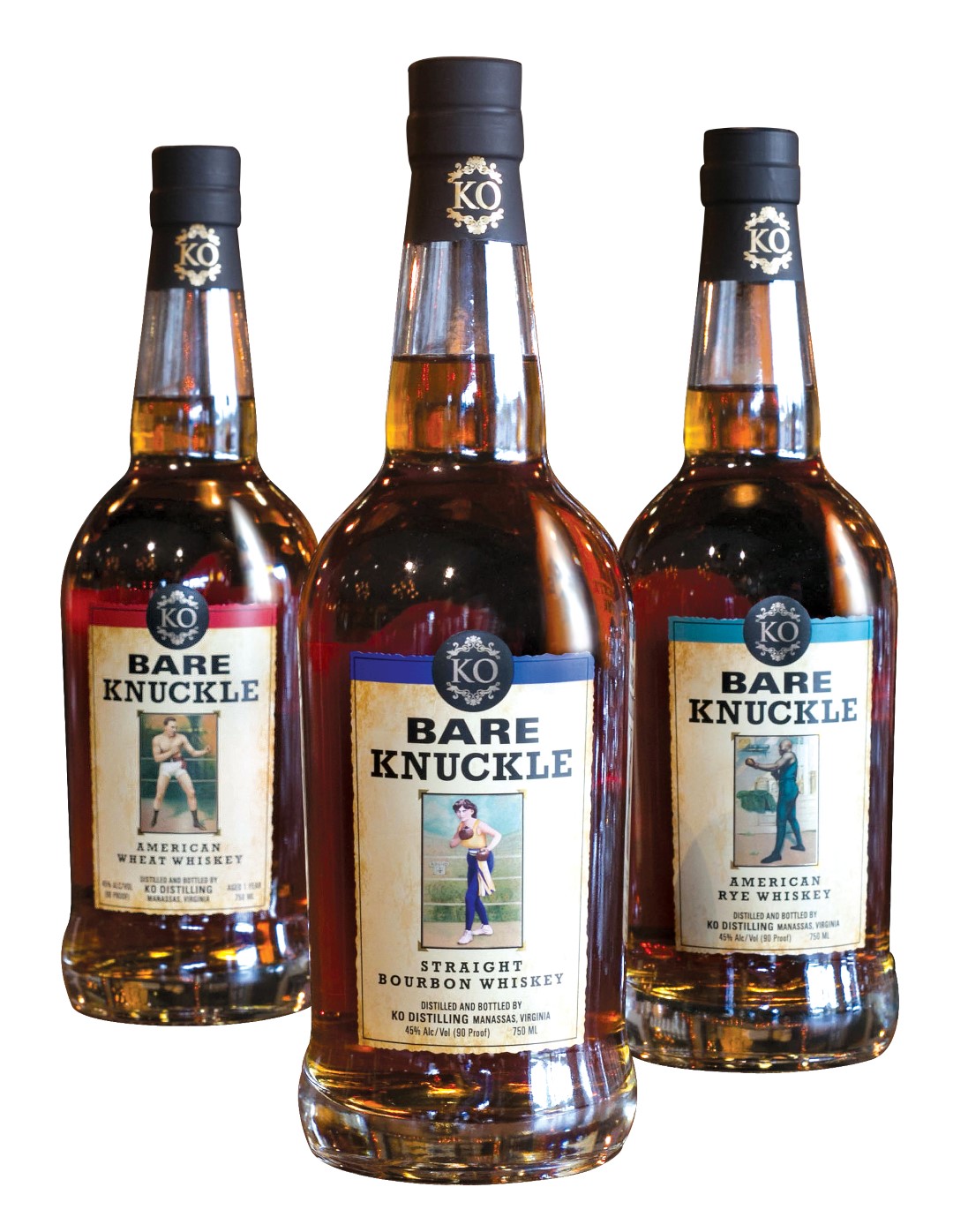