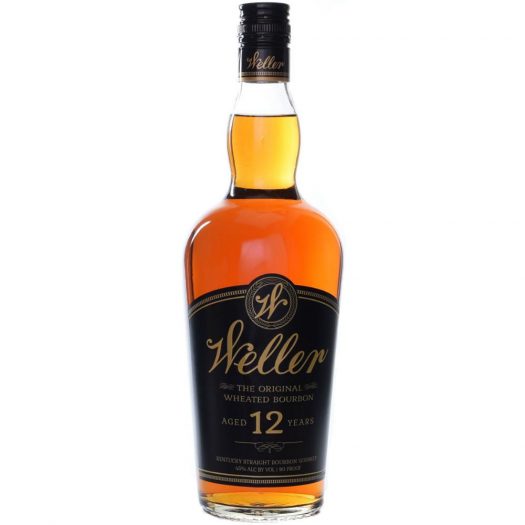 Van Winkle bourbons have become essentially inaccessible to the vast majority of bourbon drinkers, so naturally the hysteria has trickled down to other brands in the Buffalo Trace portfolio. The Weller line, which shares the same wheated mashbill as the highly coveted Van Winkles, has been the recipient of the majority of this secondhand enthusiasm. William Larue Weller, released annually as part of the Buffalo Trace Antique Collection, has become perhaps the most coveted of that bunch, and the lower shelf offerings in the line have seen their stock among whiskey enthusiasts climb as a result, perhaps none more so than W.L. Weller 12 year. We reviewed this bottle way back in 2013, when it was already gaining acclaim as “baby Pappy,” but we thought it was time for a revisit. (Note: New bottles drop the “W.L.” — now it’s just “Weller.”)

The nose on this whiskey is, not surprisingly, like smelling the inside of a Buffalo Trace rickhouse. I use this comparison only because I visited the distillery recently and remember that smell fondly. The aroma is rich with vanilla extract (the expensive stuff), caramel, marshmallow, and oak resin. On the palate, it’s oily and rounded, with a great balance of flavor; brown sugar and vanilla cream mixed with softer notes of cinnamon Red Hots, juicy citrus, and the slightest hint of bubble gum. A healthy dose of wood is present throughout, becoming sawdust on the finish, but it’s not too drying and never overpowers the other flavors. All in all, W.L. Weller 12 is a classic, flavorful bourbon, even better now than the last time we tasted it. The very best of the Weller barrels essentially go on to become Van Winkle, but I’d honestly be happy if I could just keep a few of these on the bar.