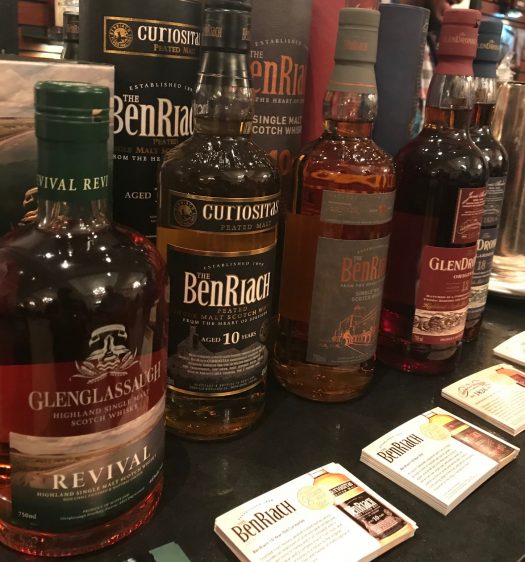 Whiskey festivals come in all shapes and sizes, but WhiskyLIVE consistently produces a very approachable event for a fan at any stage in their whiskey obsession. There’s a good balance of offerings from industry heavy hitters and smaller craft outfits, as well as the occasional downright weird bottling. This year, I got to taste whiskey the way George Washington made it, but I somehow missed the 28-year-old Czech single malt (which I’m not sure I regret). There were no real standouts from our side of the pond this year (no duds really, either), but I was surprised at how much I enjoyed some of the line-up from Australian distiller Limeburners, as well as one or two other international whiskeys. Abbreviated thoughts on (most) everything tasted follow.

Elijah Craig 18 Years Old / B+ / familiar oak and cinnamon notes; not as balanced as previous releases

George Washington’s Rye Whiskey 4 Years Old / B+ / age has clearly brought balance along with toffee and caramel notes; could be something special in a few more years

Glenlivet Nadurra Oloroso / B / jam toast on the nose; light-bodied with a little too much sherry influence

Glenglassaugh Revival / B / sweet, citrusy, meaty, and earthy; a bit all over the place

Glendronach 12 Years Old / A / great balance of wood and honeyed dark fruit notes; a gateway single malt if there ever was one

Bruichladdich Black Art 5.1 / B / a bit flat and woody underneath all the smoke and meat

Limeburners Tiger Snake Whiskey / A / big cherry sweetness and mounds of brown sugar; one of my favorites of the evening

Crown Royal XO Canadian Whisky / B+ / silky body with rich oak and subtle nuttiness; the cognac influence is pronounced on this one

Brenne 10 Year Old French Single Malt Whisky / B / herbal and floral, but almost too much so 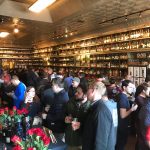