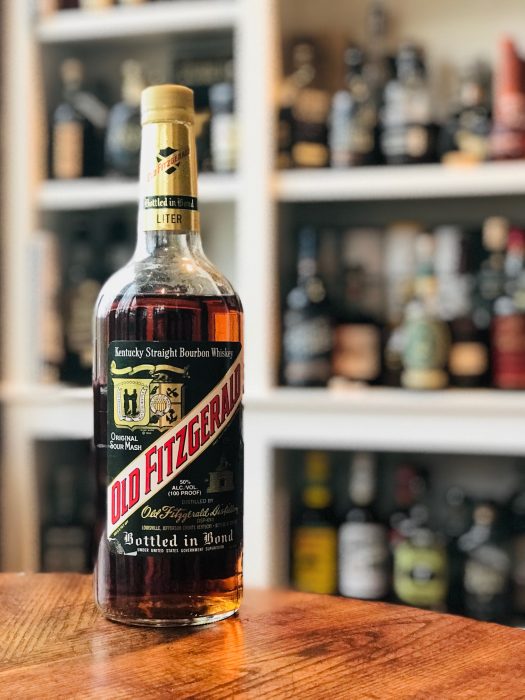 Old Fitzgerald is one of the more storied brands in bourbon history. First produced in 1870, it became a wheated bourbon only after being acquired by Pappy Van Winkle after Prohibition. The brand was one of the flagship offerings from Van Winkle’s infamous Stitzel-Weller Distillery until it shut its doors in 1992. The name is emblazoned on a smokestack at the distillery (now Diageo’s Bulleit Frontier Experiece) to this day.

In 1999, Heaven Hill Distillery acquired the brand and adjusted the mashbill while still keeping the wheat component at 20%. Since that time, Old Fitzgerald has resided on the middle shelf in both an 80 proof and 100 proof, bottled-in-bond offering. With the increased popularity of Larceny, Heaven Hill’s older wheated bourbon made from the same mashbill, Old Fitzgerald has become harder to find. Recently, Heaven Hill announced a new addition to the line that will almost certainly reside on the top shelf: an 11-year-old, bottled-in-bond expression of Old Fitzgerald.

While we wait for that one, we thought we’d sample the brand’s current value-oriented offerings. Thoughts follow.

Old Fitzgerald Straight Bourbon Whiskey – The nose on this whiskey is light, corn sweet, and a bit grassy with honey and a slight floor polish note. It’s thin on the palate and mild with traces of  caramel, burnt sugar, and wood. This screams young bourbon. Or rather it whispers it. Nothing about this whiskey jumps out at you. There’s minimal heat on the palate, making for a very soft mouthfeel and easy sipping, but it’s so one-dimensional that it’s hard to recommend. This is bourbon for drinking fast or mixing with something else. 80 proof. C+ / $14

Old Fitzgerald Straight Bourbon Whiskey Bottled-in-Bond – The nose on the 100 proof version of Old Fitzgerald is similarly light, with less of the corn sweetness, more caramel, and that same floor polish note, albeit more subdued. On the palate, it’s a little thicker than the standard offering with oak and subtle cinnamon, butterscotch, and mint notes. It’s also clearly a young bourbon (though at least four years old), but with more heat, spice, and complexity than the standard offering. This is still a bourbon best mixed, but it’s my favorite of the two by far. B / $18