Hardly the first name in high-end wine, Barefoot has made a major name for itself in the world of wines served exclusively at baby showers.

But seriously, the number of wines this mass producer is churning out is incredible, and today we look at no fewer than six of them, none priced above $9.99, including six “Champagnes,” a term used very loosely here.

NV Barefoot Bubbly Brut Cuvee Champagne – Approachable with notes of fresh fruit, including lemon and figs, all whipped up with a bit of bready brioche. I get an interesting cherry kick late in the game, but the finish is otherwise quite clean and refreshing. Altogether a pleasant surprise from a winery that’s mainly known for churning out ultra-sweet monsters. B+ / $10

NV Barefoot Bubbly Brut Rose Champagne – The pink version of the above is markedly sweeter and full of fruit — think maraschino cherries and strawberries, all infused into whipped cream. Heavily perfumed on the back end, it drinks a little like a fizzy version of Hawaiian Punch. C- / $10

NV Barefoot Bubbly Pink Moscato Champagne – Super sweet, and super pink — it’s moscato, plus fizz! Initially peachy, overtones of strawberry pie quickly overtake the any potential subtleties in the wine, culminating in a marshmallow sweet finish. It’s blunt and straightforward with its sugar bomb sweetness but, for what it’s worth, it’s nonetheless surprisingly approachable as an aperitif. C+ / $10

NV Barefoot Bubbly Sweet Red Champagne – Daunting in its redness, this tastes a lot like moscato, only filtered through strawberry syrup. That’s not inherently a bad thing — who doesn’t like strawberries? — but the wine does tend to suffer from the same Hawaiian Punch problem as the Brut Rose, relying too much on fruit and sugar to do the heavy lifting. C / $10

NV Barefoot Pinot Noir California – A bit of a bacony mess, sweetened to within an inch of its life. There’s no real essence of pinot noir here, just a super-fruity strawberry bomb that could be anything. D / $7

NV Barefoot Merlot California – A mild improvement, if only because some tannin gives this wine a touch of much-needed structure. Otherwise, it still carries a ton of that intense roasted meat character, dusted with brown sugar and a bit of dried cherry. D+ / $7 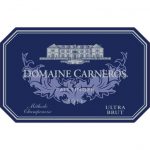