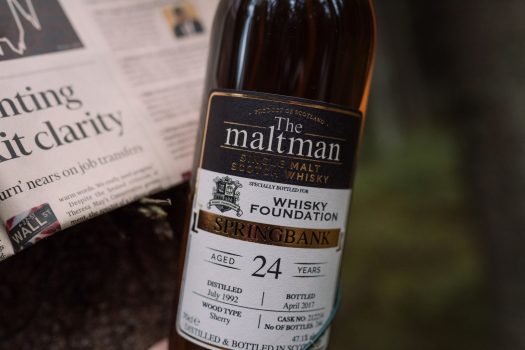 Ever wonder why the price of whisky doesn’t fluctuate with supply and demand like the price of gasoline? Well, now it does — sort of — thanks to The Whisky Foundation Reserve, which is launching the idea of whisky priced based on market demand.

Take a look at the listing page (link at the bottom of this review) and you’ll see what we mean. Basically, The Whisky Foundation Reserve acquired a cask of Springbank 24 year old, distilled in 1992, aged in sherry casks, and bottled by The Maltman in 2017 at cask strength. 244 bottles were produced, and as they sell, the price rises and falls. The first bottle sold for a mere $1. Prices have topped out at $551 before settling, as I write this, at $270. That may go up, it may go down. Depends on if you go buy one.

Neat idea, and we were lucky enough to be able to actually sample the whisky. If you’re thinking about jumping into the malt market, here’s what you can expect.

The nose has that immediate punch of Springbank funk, slightly earthy and meaty with hints of camphor, Stilton cheese, and simmering bacon. The palate is racier than expected, finally showcasing the sherry-driven fruit character of citrus oils mixed with hints of walnut. A gunpowder character and a powerful artichoke note carry things to a lingering finish that is sharp and citrusy, with some of those mushroom and vegetal notes mixed in. Green pepper isn’t normally something I like to see in anything I drink, but in this well-aged Springbank, it works well as just one part of a curious but compelling whole. 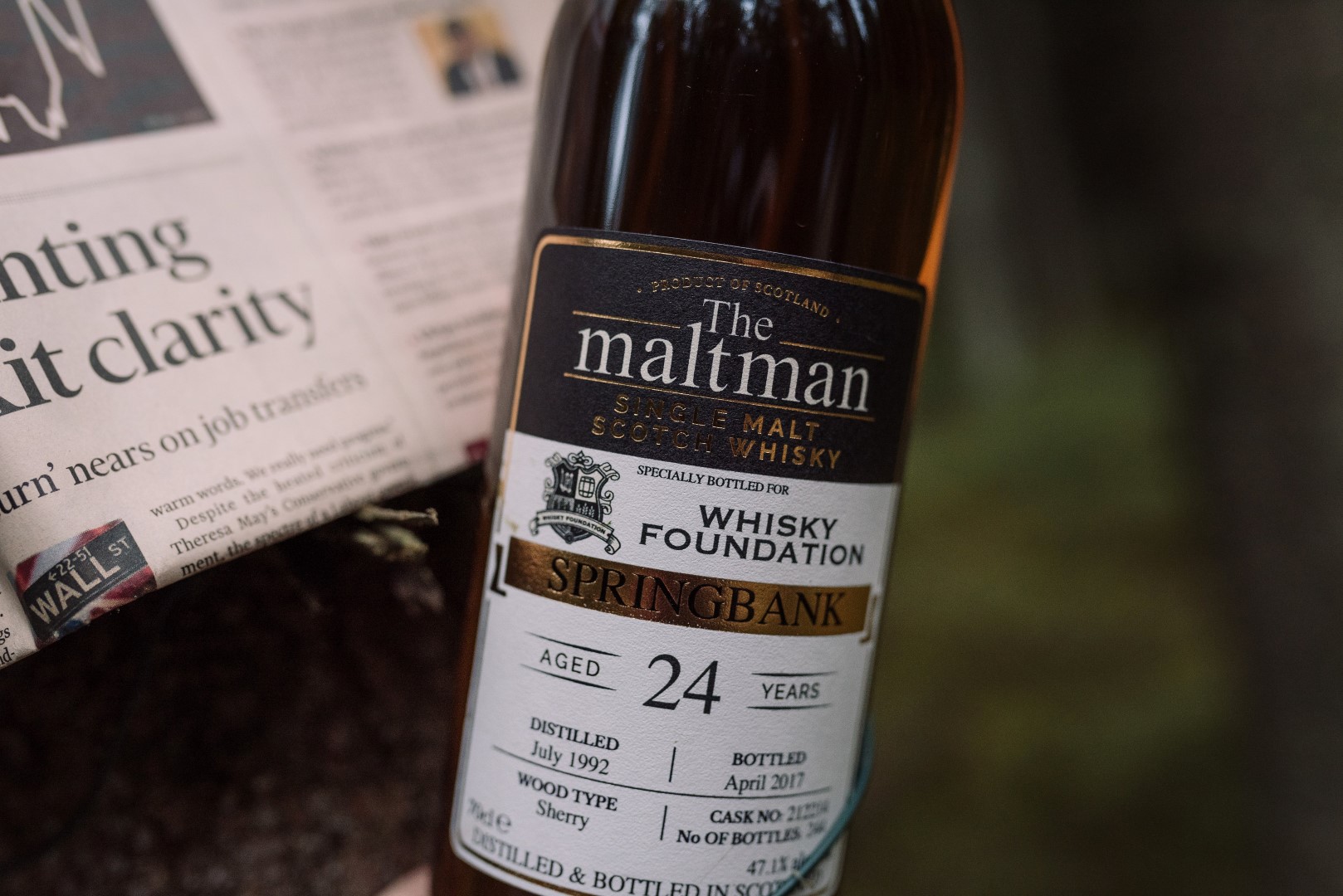