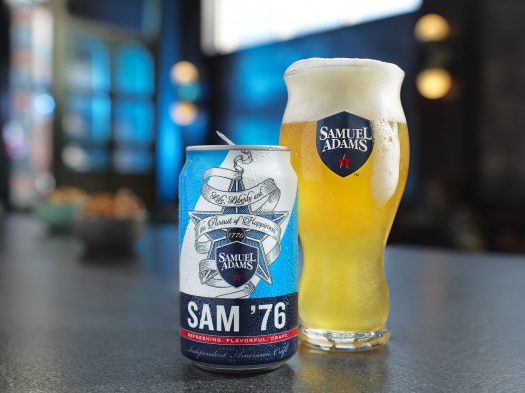 Samuel Adams isn’t the first company to marry an ale with a lager, but as far as mainstream versions of this hybrid go, it pulls it off remarkably well. A little backstory:

Born in Samuel Adams’ experimental nano brewery in Boston, it took more than a year of testing and 60 different brews for the brewers to perfect the harmonious balance of Sam ’76.  To create the refreshing and flavorful beer, the Samuel Adams brewers began with two active fermentations – a base lager and a base ale – each with their own respective yeast strains. The base beers were brewed, then combined during a final maturation step when both yeast depend on each other during a tag team fermentation. The combination of multiple yeast strains and dry-hopping during a late stage of fermentation creates an amazing array of flavors not possible in a typical brewing process.

A deft combination of styles, the beer starts off crisp and clean, with a hint of lemon and some spice, washing over the palate before an entirely modest (but visibly present) slug of hops — heavy with tropical notes — makes its presence known. There’s an impressive balance between the two styles, neither fully dominating, but both clearly in the mix, making for an easily approachable brew that fans of both lagers and ales should enjoy fully. 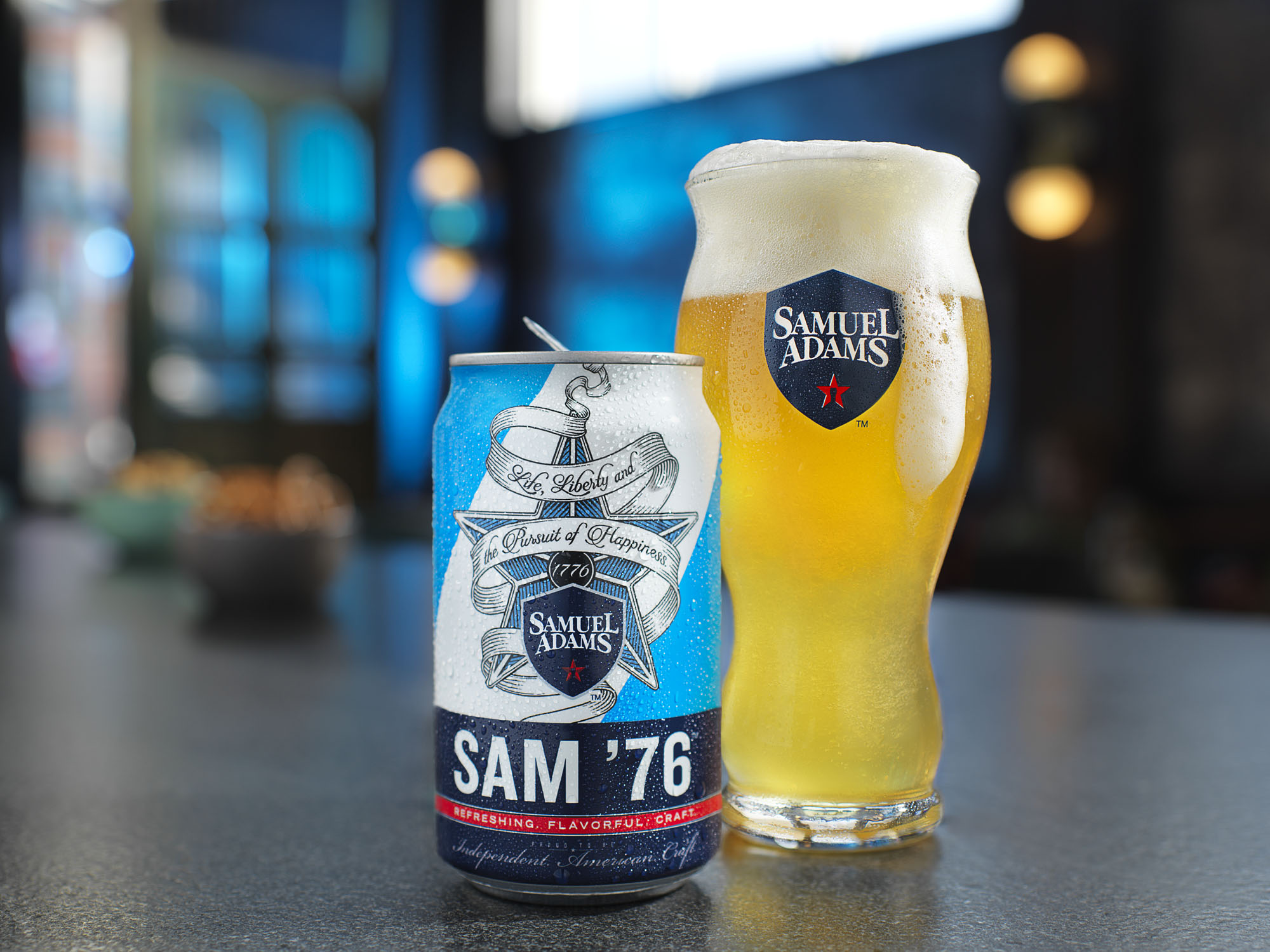