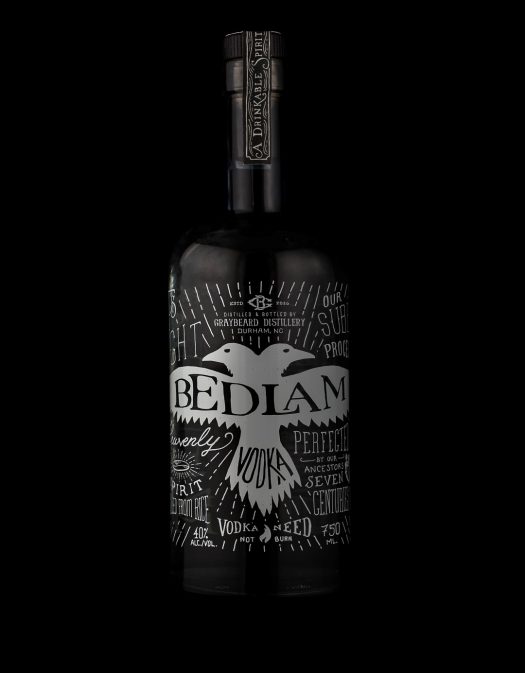 Graybeard Distillery can be found in Durham, NC, and it makes a single product, Bedlam Vodka, which is distilled from rice “with a deep Irish heritage.” The concept behind the vodka: Avoiding harshness. Per Graybeard CEO Brandon Evans. “After years of dissatisfaction with many vodka’s on the market, we came together to create a spirit based on our philosophy that vodka need not burn.”

Results: Bedlam doesn’t “burn” in any overwhelming sense, as it is softened by breakfast cereal notes and a notable sweetness. The nose is so grainy as to evoke a white whiskey, somewhat musty, with a few scattered notes of lemon peel. The body is fairly harmless, again with light citrus notes but with a considerably heavier cereal component. The finish is lightly sweet but bready, with a sweet baked goods element (think doughnuts) to it.

So, yes, Bedlam has successfully removed the bite from its vodka, but that is really to its detriment, as what’s left behind is somewhat saccharine and a bit dull. Really, if you take the burn out of vodka, what do you even have left?