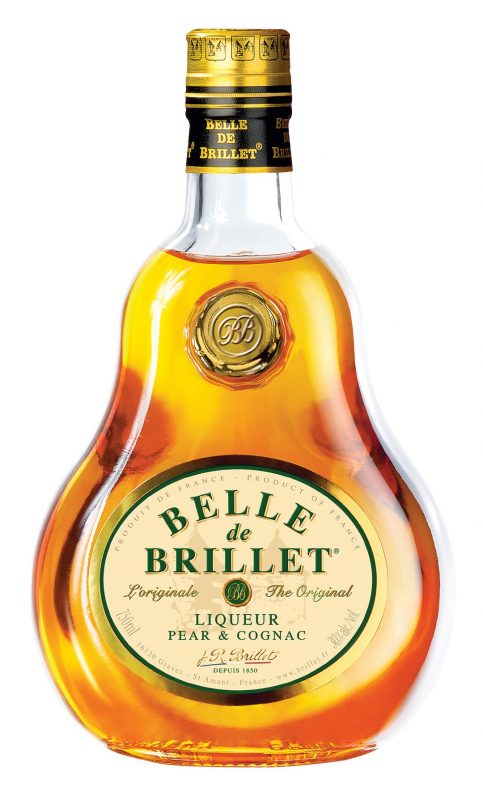 Belle de Brillet has been around for decades, and thanks to its generally good availability, it’s become one of the most iconic Poire Williams — pear brandy made from Williams pears — on the market.

In taking a fresh look at Belle de Brillet — our first since 2013 — it’s curious that Poire Williams no longer appears on the label. In fact, it’s not even called a pear liqueur, exactly. It’s now billed as Liqueur: Pear & Cognac, which is a decidedly complicated, though arguably more explanatory description of what’s in the bottle, which is composed of a Brillet Cognac and the fruit of Alsatian pears (20 pounds per bottle), plus “a ‘special plus,’ an ingredient whose secret is cautiously guarded by Maison Brillet.”

Speaking of that bottle, though, it is still iconically pear-shaped.

The liqueur/brandy hybrid remains a solid go-to for pearifying your life. The nose is rich with pear notes, but also quite perfumed with notes of rose petals and cedar branches. The sticky sweet palate has a slight chemical flavor to it, though plenty of caramel, almondy marzipan, ample pear, and more florals wash it out well enough. The finish is lengthy and heavy with more of those rose petal notes and a lingering taste of graham crackers and some spice.

B+ / $40 / kobrandwineandspirits.com [BUY IT NOW FROM DRIZLY]