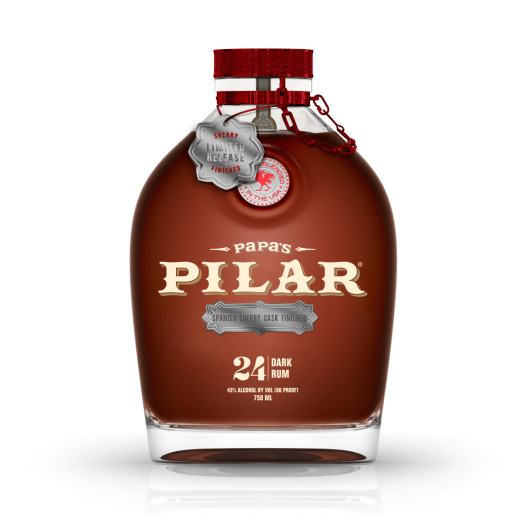 Papa’s Pilar is out with a limited release of 8400 bottles of a new expression of its sourced rum. It all starts with a custom version of Papa’s Pilar Dark Rum:

The team of Master Blenders created this special edition expression of custom barreled Papa’s Pilar Dark, with seven different hand-selected rums up to 25 years old, which are both pot and column distilled. After solera aging in Bourbon barrels, Port Wine casks, and Spanish Sherry casks, the bold and complex rum was further aged in Spanish Oloroso Sherry casks for approximately 30 days, creating a unique flavor profile.

In a quest to get rum back to its roots, the Papa’s Pilar Production team chose to embrace a similar methodology used in Scotch Whiskey, with the goal to allow the rum blend to continue to meld together, while also interacting with the Sherry and French Oak. It’s also a method used by Cuban rum makers in their best rums, as they cannot easily source used American Bourbon barrels. The team chose to use French Limousin Oak Sherry casks from Jerez de la Frontera, Spain, and only for a short period of time, because the grain structure of French Limousin Oak is wider and more open than American Oak Bourbon barrels (300L vs 200L).

Nutty on the nose, with a rich amontillado character, studded with chocolate, gingerbread, and cloves. It’s quite sweet, with a maple syrup aroma to it as well. On the palate, the rum is less rich than expected given the sugary nose, the somewhat oily body redolent of furniture polish and more baking spice, mixed in with walnuts and roasted chestnuts. On the finish, a slightly gummy, vaguely vegetal note takes hold, a counterbalance to some late-arriving notes of tart citrus, driven by the sherry cask. It’s not as impactful as those amontillado notes up front, but it does help soften what is otherwise a quite austere rum that keeps its charms a bit too close to the vest. 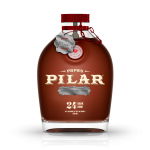