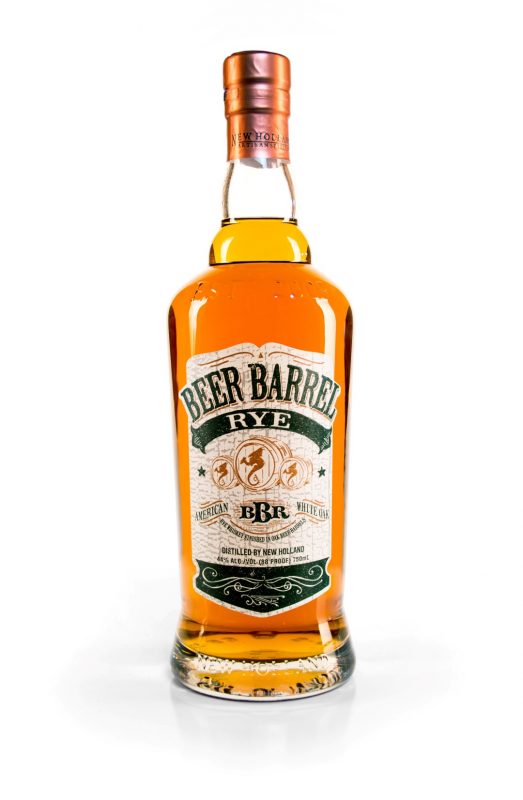 New Holland Brewing Company’s Beer Barrel Bourbon was a pioneer, back in 2013, of finishing whiskey in beer casks. Now the Michigan-based company is back with a new whiskey: Beer Barrel Rye.

The idea is much the same as before. This is a double-distilled rye (no mashbill available) that is aged in new oak barrels before finishing in Dragon’s Milk stout barrels (which were previously used for whiskey). The circle of life, no? Unlike Beer Barrel Bourbon, however, it is bottled at 44% abv, not 40%.

So, let’s taste this stuff.

The nose is quite youthful. Lots of granary character and notes of dusty steamer trunk, mushroom, and wet leather dominate the nose. There’s a fruitiness to it, but it’s hard to peg — a bit of a melange of dried berries and oddball sherry notes. On the palate the experience is somewhat more interesting, though equally hard to parse. There’s still a significant, ample youth here, lumberyard notes leading the way to a chewy palate with more of a meaty mushroom meets beef jerky character. Dusky clove and tobacco dominate a dry, forest-like finish that barely nods in the direction of sweetness, perhaps evoking a hint of chocolate. On the other hand, it’s not particularly “spicy” in the style of classic rye whiskeys — though perhaps that’s merely a sign of too many days being spent in those stout barrels, or simply a question of pairing the wrong whiskey or the wrong beer, ultimately creating a mismatch that doesn’t gel the way it did in the bourbon release.