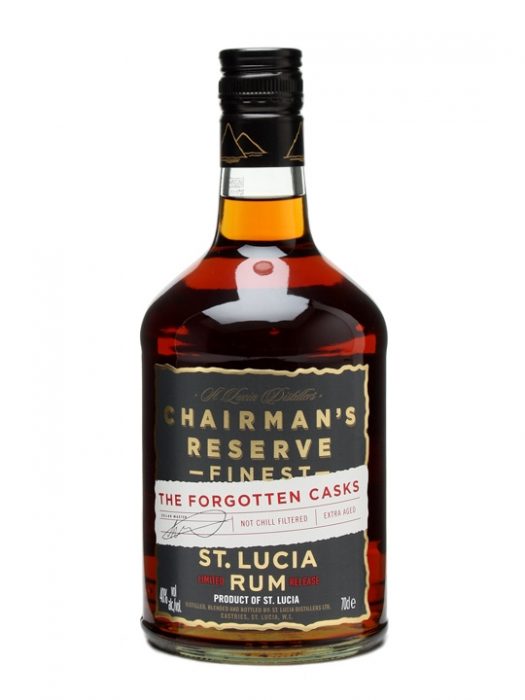 Saint Lucia Distillers is home to the Chairman’s Reserve brand, which currently comprises four spirits from white to spiced. Saint Lucia’s rums are typically blended from both column and pot still rums that are aged separately in bourbon barrels.

Today we look at Chairman’s Original Rum, a mainstream amber release, and The Forgotten Casks, its oldest and rarest expression, “crafted to mimic rum found in the original forgotten casks of Chairman’s Reserve, which were preserved from St. Lucia Distillers horrific fire on May 2, 2007.” Details follow.

Chairman’s Reserve Original Rum (2018) – As noted, this is a blend of column and pot still rum with an average age of 5 years old, there’s ample hogo on the nose, along with notes of burnt matches, cooked fruit, and coconut husk. The palate is bold and aggressive, though the initial funk is quickly whisked away by a surfeit of fruit: green banana, coconut, apricot, and some fleeting floral notes on the finish. It’s sweet and complex enough to sip on its own, but also intrepid enough to stand up to a complicated tiki drink. B+ / $32  [BUY IT NOW FROM CASKERS]

Chairman’s Reserve The Forgotten Casks Rum – As discussed above, this rum is meant to mimic the casks “lost” during the distillery’s rehabilitation after a fire, those misplaced barrels ultimately taking on too much age to be used in the Original Rum release. The rums in this bottle are between 6 and 11 years old. As you might expect, there’s more depth here, starting with a nose rich in molasses, salted caramel, cloves, and a much more dialed-back version of that funky hogo character. The palate is rich and seductive, with a clear coffee character running through it, along with some dark chocolate notes. Moderately sweet throughout, but light enough on the finish, it’s a dazzling rum designed for extended sipping and savoring. Beautiful! A / $43 [BUY IT NOW FROM DRIZLY] 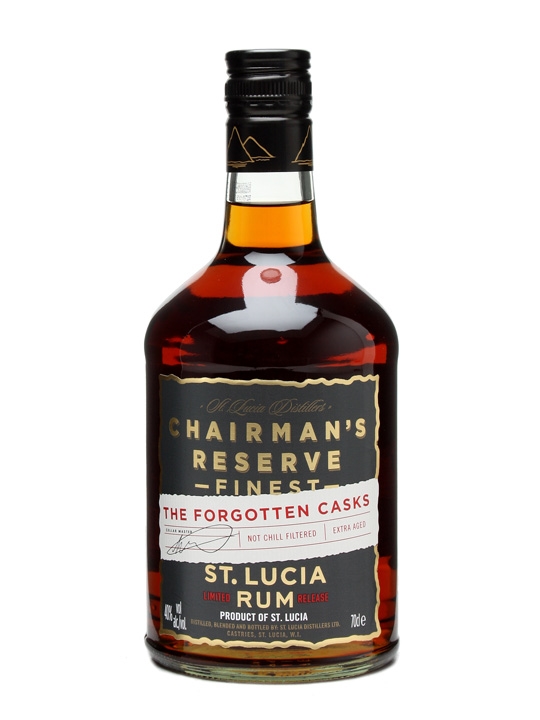