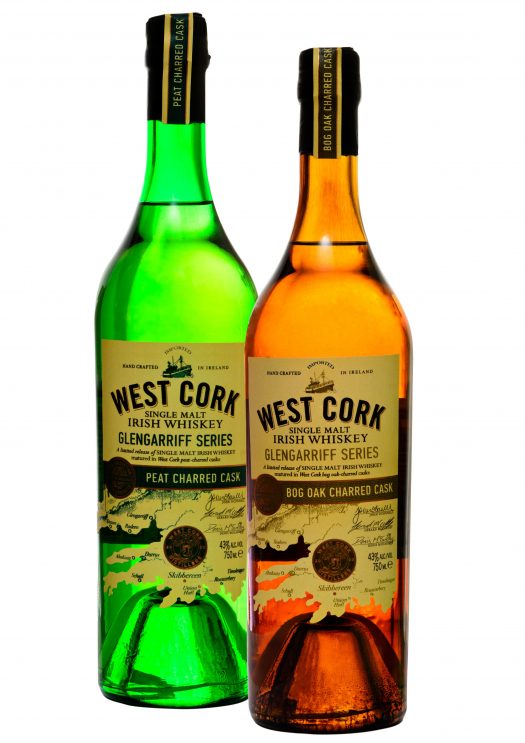 West Cork Distillers is a relatively little-known Irish whiskey producer (as of yet). Why might that change? Because, in addition to a baseline of Irish whiskeys, it also produces some oddball rarities, including these new limited releases: Glengarriff Series Peat Charred Cask and Glengarriff Series Bog Oak Charred Cask are single malts aged in sherry casks that are then finished in special barrels that have been charred with a particular type of fuel, in this case, peat and bog oak (or, trees pulled out of bogs).

West Cork Distillers, in partnership with its U.S. importer M.S. Walker, has today announced the upcoming Limited Release of the Glengarriff Collection of Irish whiskeys. These special release whiskeys are single malts aged in Sherry Casks and then finished for 6 months in barrels that have been charred using fuel sources obtained from the iconic Glengarriff Forest in Southern Ireland. West Cork uses a proprietary charring device built by the distillery with the guidance of a local fifth-generation blacksmith.

Each of these two whiskeys will retail for $45 throughout the United States, and only 4,800 bottles are available. In Spring 2018, the Glengarriff series will add two new marks to the collection – Glengarriff Cherry Charred Cask and Glengarriff Apple Charred Cask.

West Cork Glengarriff Series Irish Whiskey Peat Charred Cask – Moderately smoky on the nose, with a distinct peatiness. The palate is sherry-sweet and a bit cloying, chewy at times with notes of overripe fruit, banana, and a gummy but dust-laden texture on the back end. It’s like a young Islay Scotch that’s been blended up with some old applesauce, though from time to time, that smoke-meets-fruit combination works a bit better than you might think. B- [BUY IT NOW FROM DRIZLY]

West Cork Glengarriff Series Irish Whiskey Bog Oak Charred Cask – A light smokiness on the nose, with a heavy meatiness weighing it down. The aroma reminds me of a very young bourbon mixed with Islay scotch — which is to say, a bit weird. On the palate, the whiskey takes on the tone of country ham, slightly sweetened, with a sort of prune-like character at times. The finish is again smoky, almost ashy, with a drying earthiness that hints at tanned leather. Balanced it ain’t. B- [BUY IT NOW FROM DRIZLY] 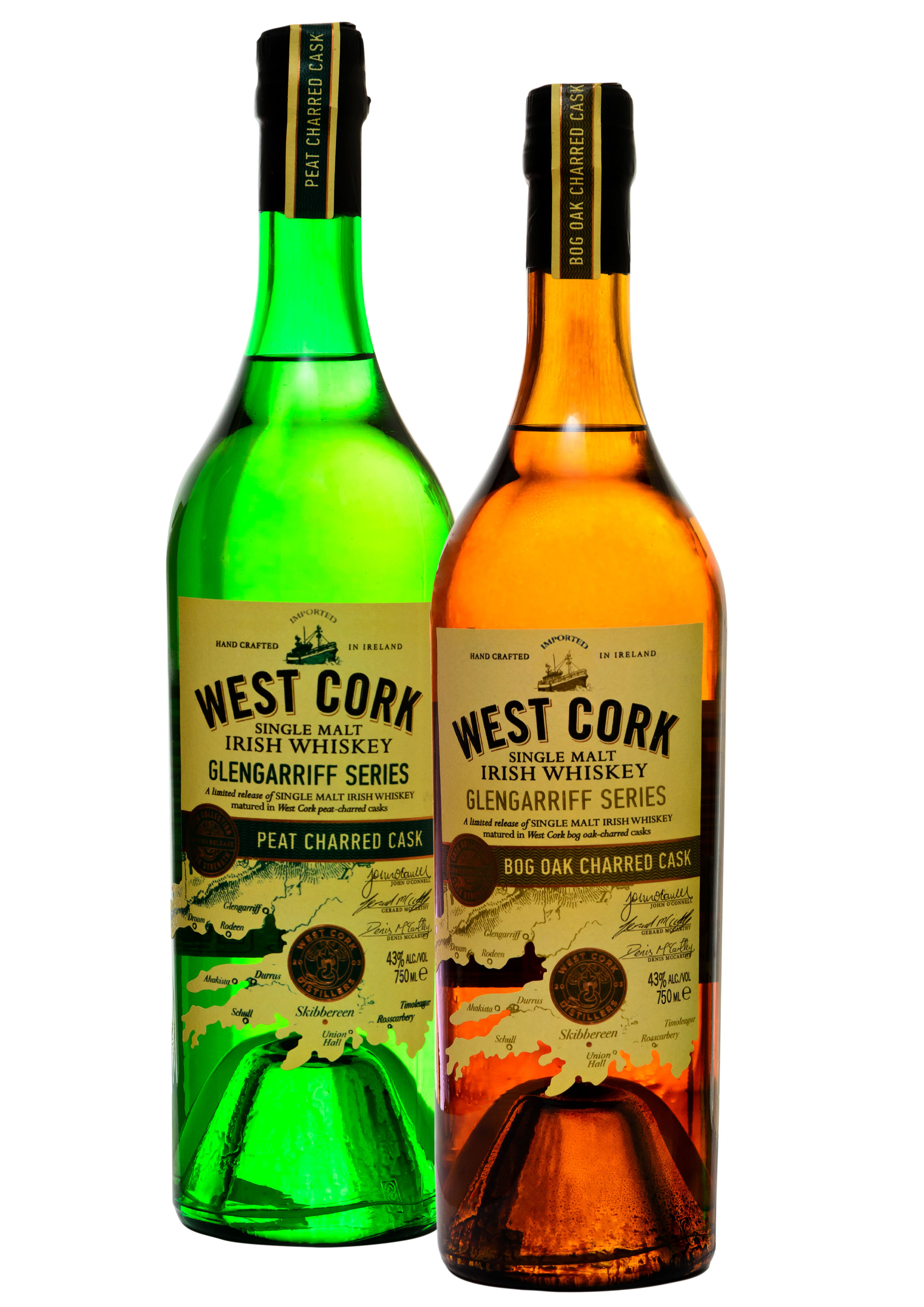