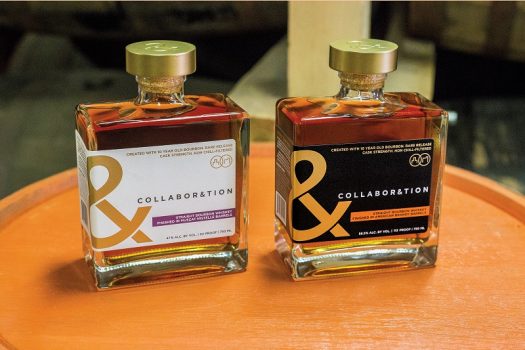 I like to think I have an open mind when it comes to the booze world, and in general I love the idea (and execution) of bourbon that is finished in other types of casks. So then, what’s not to like about this oddball collaboration between the Bardstown Bourbon Company and the brandy-makers at Copper & Kings?

Let’s start out with a (significant) backstory.

The Bardstown Bourbon Company (“BBCo”) and Copper & Kings American Brandy Company (“C&K”) announced today the release of “Collabor&tion,” two distinct products made with 10-year-old straight bourbon whiskey – one finished in Copper & Kings’ American Brandy barrels and the other in Muscat Mistelle barrels, for more than 18 months in the Copper & Kings basement maturation cellar. The project is intended to embody the spirit of friendship and partnership, and celebrates great craftsmen working together to produce exceptional products as kindred spirits.

Started in late 2015 by two Kentucky-based distilleries, Collabor&tion is a culmination of nearly two years of work. Steve Nally, Bourbon Hall of Fame Master Distiller for BBCo, and Brandon O’Daniel, Head Distiller for C&K, hand-selected the bourbon for the project, meticulously blended it until it achieved the right flavor profiles, and chose the barrels for the finishing process.

“Coll&boration [sic] is not made to be collected; it’s far more special than that. Its heart is friendship, enjoying company, and bringing out the best in each other,” said Joe Heron, President & CEO of Copper & Kings American Brandy Company. “It is an exceptional bourbon that was made by friends for friends and is designed to be enjoyed with friends.”

“A Mistelle barrel is a unique vessel. Mistelle is unfermented grape juice (in this case Muscat) fortified with un-aged brandy (Muscat eau-de-vie) and then aged in bourbon barrels for 18 months. The empty barrels are deeply and highly caramelized with the grape sugars and fruit essences. The whiskey exiting these barrels is pure joy. A completely novel sensory experience; deep, deep rich whiskey – very soft and supple, mellow, and the taste goes on forever. The whiskey notes are amplified by a softness and smoothness that is singular – to say the least. I could literally sip this for the rest of my life,” said Brandon O’Daniel, Head Distiller of Copper & Kings.

Collabor&tion is a very limited release that’s only available in select Kentucky retail stores, at the BBCo and C&K gift shops, and a small selection of fine retailers across the USA.

OK, got all that? We received both Collabor&tion bottles. Thoughts on each follow.

Bardstown Bourbon and Copper & Kings Collabor&tion Rare Release Bourbon – Finished in American Brandy Barrels – Very heavy notes of vegetation, forest floor, and skunk spray on the nose — nothing like any 10 year old bourbon I’ve encountered. On the palate, a harsh, almost chemical note kicks things off, fading ever so slightly into overwhelming notes of impossibly floral perfume, raw wood, and old vegetables. I tried this twice, over consecutive nights, with and without water, and struggled every time to find something nice to say. 113 proof. D

Bardstown Bourbon and Copper & Kings Collabor&tion Rare Release Bourbons – Finished in Muscat Mistelle Barrels – Again that heavily floral, perfumed note appears, though here it is more on the nose. The palate is more approachable — in part because it is significantly lower in alcohol, in part because of the enhanced sweetness, driven by the fruity muscat notes. There’s more to like here all around, including a honeyed body, notes of apricot and vanilla custard, and hints of lemon peel and mango on the back end. And yet, that overwhelming wood character endures, muddying what ought to be a seductively sweet experience from start to finish (but especially the nose). Perhaps the base spirit (here and in the above whiskey) was just too old to start with? The solution for that, I would hazard, is not for it to spend more time in wood, no matter what kind of barrel it is. 94 proof. B- 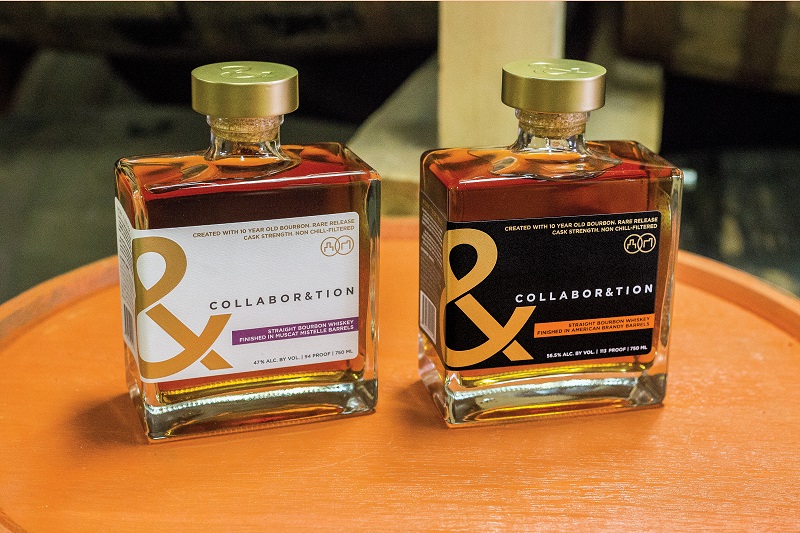 Review: Copper & Kings Brandy – A Song For You and Way Up West