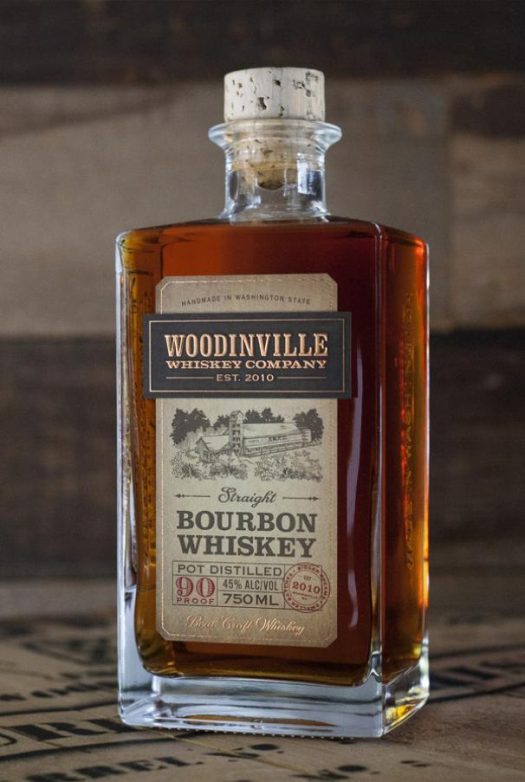 The number of craft whiskey distilleries in America continues to rise, but only a fraction of them can bottle their own distillate as a “straight whiskey,” meaning it’s at least two years old. Even fewer can claim to be bottling at 5-plus years, which is comparable in age to the core products from industry big boys like Jim Beam and Heaven Hill.

Woodinville Whiskey Company is one of these very few craft distilleries. They opened their doors in Woodinville, Washington in 2010 and began distilling with the assistance of industry legend and former Maker’s Mark master distiller Dave Pickerell. While they distill just outside of Seattle, Washington, that climate doesn’t exactly lend itself to efficient barrel aging, so they ship their filled barrels to Quincy on the other side of the Cascades, where they are warehoused at the same farm from which they source most of their grain.

We recently had the opportunity to sample Woodinville’s two flagship products: one a straight bourbon and the other a straight rye. Thoughts follow.

Woodinville Whiskey Company Straight Bourbon Whiskey – Even though a Maker’s Mark Master Distiller assisted in its creation, Woodinville’s bourbon uses rye, not wheat, for the flavoring grain. That rye spice is immediately present on the nose with pepper and cherry notes, along with heavy, bordering on astringent, oak aromas. Oak tannins similarly dominate the palate initially but give way to notes of vanilla, caramel, and baking chocolate. It’s a bold whiskey that drinks a little bigger than its 90 proof but with a syrupy mouthfeel and generous, cinnamon-filled finish that isn’t nearly as drying as I would expect. Water is an all-around friend to this one, subduing the wood and enhancing the underlying flavors and aromas. I’d be curious to see what a year or two more in the barrel does for this bourbon. 90 proof. A- / $55 [BUY IT NOW FROM CASKERS]

Woodinville Whiskey Company Straight Rye Whiskey – For a 100% rye whiskey, the nose is softer than I would expect, with raw honey, spearmint, and subtle fruit aromas. The mouthfeel is a touch thin, and as with Woodinville’s bourbon, oak immediately takes hold on the palate. Unlike the bourbon, however, it never really lets up. Cream soda, mint, and cracked black pepper notes struggle against the barrel and dry up rather quickly. A splash of water seems to tame the wood influence and add some complexity to the finish, but the mid-palate flavors get diluted. 90 proof. B / $55