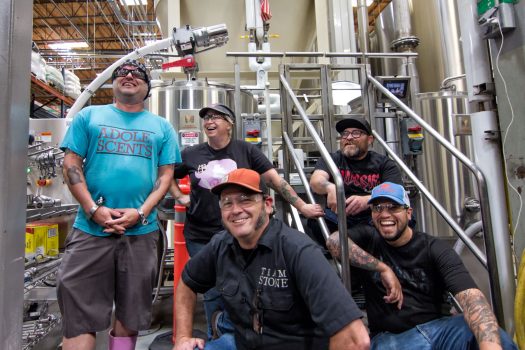 If you’re old enough to drink, well, you’re old enough to remember NOFX, an LA-based punk band that was in its heyday in the ’90s. For some reason, Stone Brewing connected with these guys — still performing, by the way — to produce a special edition brew. Named after its most successful album, Punk in Drublic is, hard to believe, not an IPA, but rather a “hoppy lager” made with Huell Melon hops.

The results are only so-so. The brew is a bit musty up front on the nose, with a heavy malt note familiar to any American lager drinker. The hops are immediately impactful on the palate, however, with overtones of leather and mushroom instead of citrus or evergreen. The finish is moderately muddy, the malt and hops never quite gelling the right way.

As an alternative to a mainstream lager, it’s approachable enough, but after finishing a full can (no bottles on this one), I remain mystified.