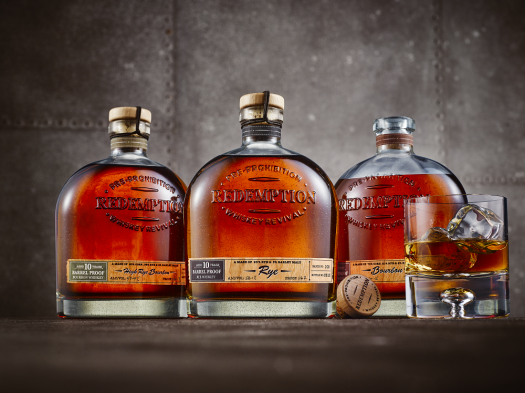 It’s becoming increasingly difficult to keep track of Redemption Rye’s Barrel Proof lineup, which comprises a series of three different whiskeys, released roughly once a year. Complicating matters are the fact that those whiskeys haven’t always been the same types of spirit. In 2015 it was three straight ryes. Today the lineup includes the same base spirits as what we reviewed in 2016, only all of them are now a bit older.

As it was last year, this year’s Aged Barrel Proof selection includes one straight rye and two bourbons, one from a high-rye mashbill and one from a lower-rye mash. (All are still sourced from MGP in Indiana.)

Note that packaging has been dramatically updated for this year — though, bless Redemption, despite the extra age, MSRP has not changed on any of the below whiskeys.

Redemption Aged Barrel Proof Straight Rye 10 Years Old (2017) – Same mash as 2016: 95% rye, 5% barley. There’s a surprising amount of youth on the nose here, boldly grainy, some dusky spice, and a leathery character as it fades. The palate is fairly straightforward and not terribly remarkable, chewy with a ton of toffee and caramel, and only moderate notes of fresh ginger, cloves, and black pepper. The finish muddies the waters, though, with a gummy, overtly earthy note that is a heavy letdown. 116.2 proof. B- [BUY IT NOW FROM CASKERS]

Redemption Aged Barrel Proof High-Rye Bourbon 10 Years Old (2017) – 60% corn, 36% rye, and 4% barley. Massively spicy, with a racy, nostril-searing nose. While very nutty, it features some oddball aromas of mossy vegetation, fruitcake, and even a little petrol. The palate follows suit, again coming across not entirely like a bourbon. Dried fruits, dark chocolate, and pine resin all seem appropriate, but there’s a heavy herbal character on the back end that ultimately settles into a groove of … well, is that mustard? It’s an oddity, to be sure, but at least it’s approachable enough with water. 114.8 proof. B [BUY IT NOW FROM CASKERS]

Redemption Aged Barrel Proof Bourbon 9 Years Old (2017) – The lower-rye version of this bourbon at 10 years of age: 75% corn, 21% rye, and 4% barley. More approachable than the High-Rye, with a seductive nose of toffee, nuts, and dried fruit — classic bourbon character through and through. The palate is warming, stuffed to the gills with flavors, including dates, juicy raisins, coffee bean, bold toffee and caramel notes, with a gentle red pepper note on the back end. At 108 proof it’s approachable, but water soothes the burn while bringing out the nutty, almond-centric flavors. At last a winner! 108.2 proof. A- [BUY IT NOW FROM CASKERS] 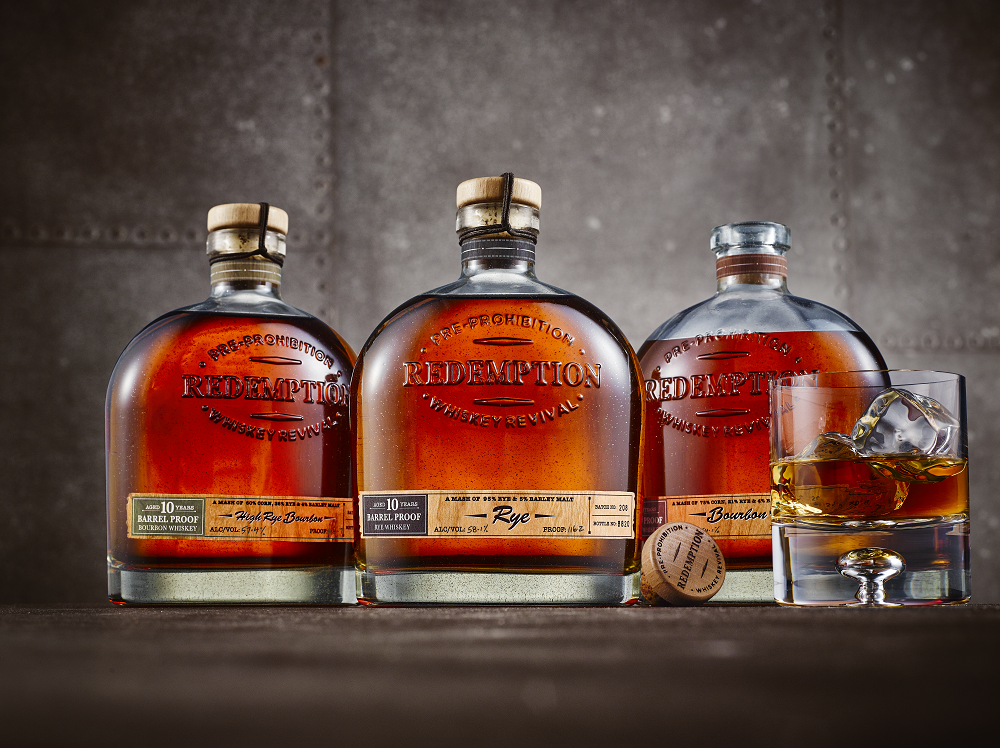