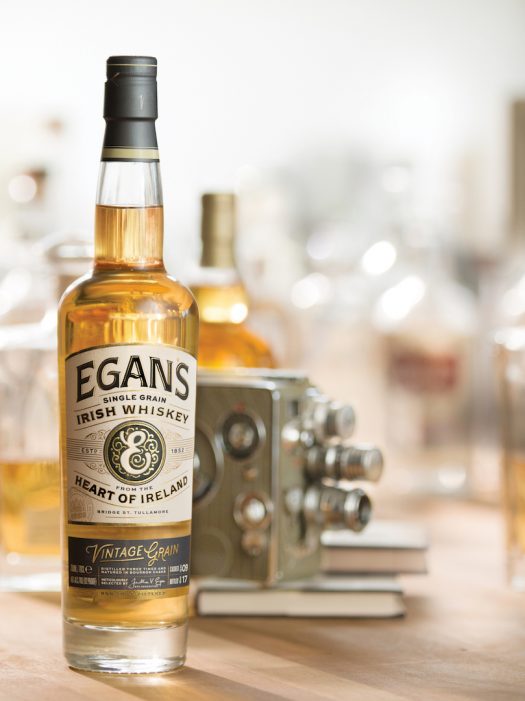 In 2013, Egan’s Single Malt hit the market as a new Irish whiskey brand. Now Egan’s is out with a second offering, a single grain. Unlike the Single Malt, Egan’s Single Grain doesn’t merely carry an age statement — this is an eight year old, though that’s not stated in exactly those terms on the label. Rather, it is vintage-dated, indicating both the year of distillation and the year of bottling, in this case 2009 and 2017, respectively. If things go according to plan, this will be the first in a series of vintage-dated releases.

Egan’s Single Grain 2009 offers a less familiar nose than most single grains, which can often be heavy with cereal and mushroom notes. This whiskey is actually much lighter, delicate with floral notes and a restrained cereal core, gently sweetened and lightly earthy, a complex web of aromas in what is normally a rather simple undertaking.

On the palate, again the experience is elevated over the typical single grain. The body is light on its feet and bright with honey notes and hints of green table grapes. As the palate develops, the granary character builds, but here those notes are sweeter than expected, with brown sugar and some lingering baking spice notes adding complexity. The finish is warming but not hot, just about perfect, actually, working wonderfully as a straight winter sipper that merits some serious exploration.

This is a huge surprise to be sure, but all told, it’s one of the best single grains on the market — from any region, and at any age.