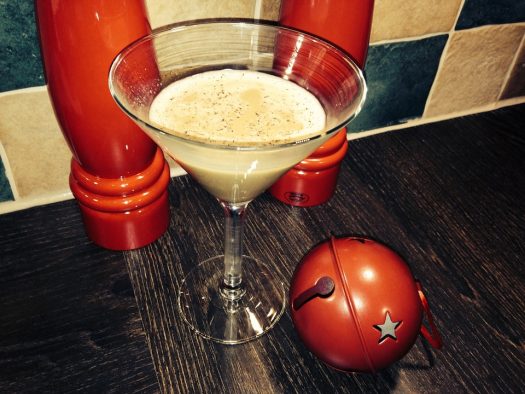 It’s that time of year again: holiday joy, holiday cheer, and of course, holiday cocktails. One drink that can make your nights a little more merry and bright is eggnog, that love-it-or-hate-it egg-and-alcohol combination that goes great with turkey and figgy pudding and whatever other holiday treats you want to indulge in before swearing them all off forever on New Year’s Day. But what really is eggnog, where does it come from? Can this heavy holiday drink have an interesting history behind it? Read on.

Like many alcoholic treats, eggnog can be traced back to those pious brewers supreme, medieval monks. We have writings from the 13th century that describe British monks whipping up an egg drink spiked with ale, called posset, as a cold and flu remedy. The ale was later swapped out for sherry and the drink was appropriated by British aristocrats, who used it as a status symbol, eggs and sherry being expensive treats mostly reserved for the affluent. At this point, the egg-and-alcohol drink wasn’t specifically a yuletide tradition. It was consumed year-round at aristocratic gatherings.

Posset was introduced to the New World by the 17th century, and here is where it began to take on the characteristics we might recognize. Colonial America was a land of farms and plantations, and so things the colonists had in abundance included milk, eggs, and rum, which became the prime alcoholic ingredient over English sherry, an expensive import. George Washington was fond of entertaining guests at Mount Vernon with a nog-like drink made of eggs and milk with sherry, rum, and rye whiskey; needless to say, this would have kept one pretty warm at Valley Forge. America was also where eggnog acquired its status as a holiday drink, a tradition that continues to this day. While the drink is enjoyed during the winter season in other countries as well these days (Canada and Australia both have a fondness for the stuff), nog as a holiday treat will always be an American tradition.

After all this time, the basic recipe for eggnog hasn’t changed all that much: British monks made posset with milk, eggs, cream, sugar, and alcohol, and that’s pretty much all it takes these days as well. Of course, there are plenty of variations; the easiest swap to make is in the alcohol. Nowadays, eggnog is most often made with brandy, but rum and whiskey are both popular additions as well. In Venezuela and Trinidad and Tobago you can drink a glass of ponche crema, eggnog made with lemon rind, in Puerto Rico they make coquito, eggnog with coconut juice or milk instead of eggs, and in Mexico they make it with Mexican cinnamon and vanilla and call it rompope. Eggnog can be an acquired taste, but a warm glass on a cold winter night can be an experience without parallel. Just be careful; not only can the alcohol can be high (especially if you try the Washington special) but all that cream and eggs mean that it’s a highly caloric drink as well. One too many glasses and you can end up looking like Santa.

And now for a treat, here’s George Washington’s eggnog recipe, straight from the pen of the first president himself. He doesn’t record the number of eggs in the recipe, but as this is an industrial-sized batch, about a dozen are typically used. 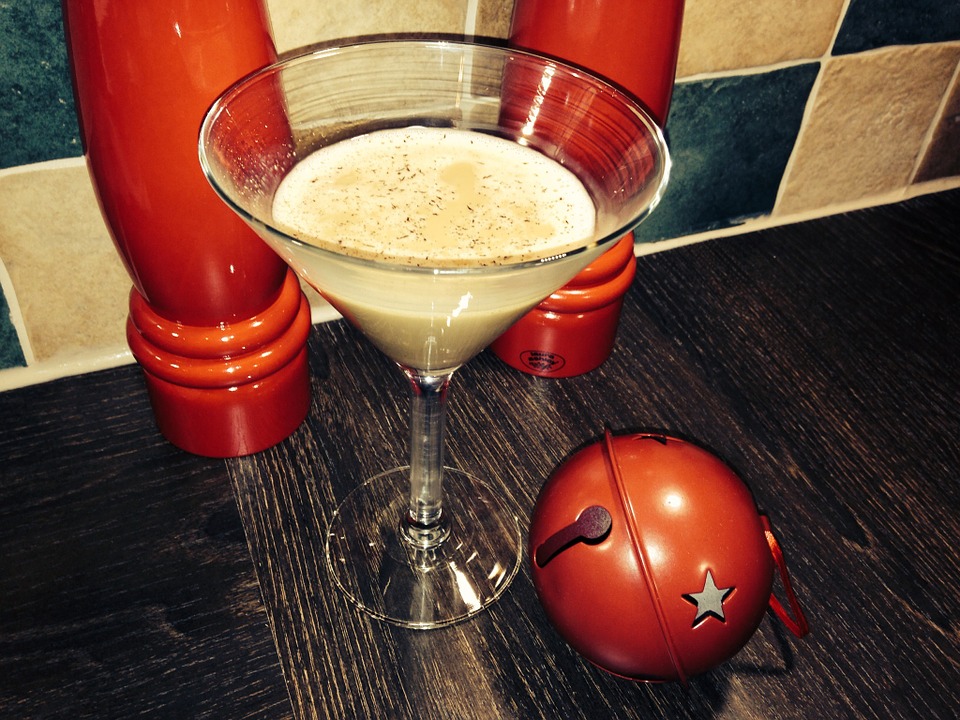