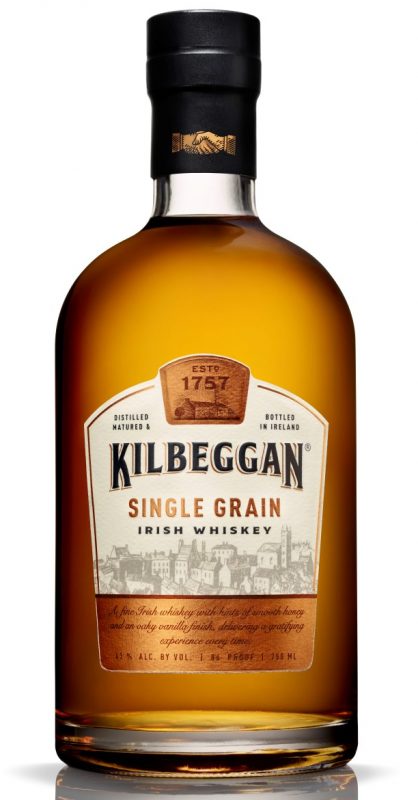 Venerable Irish brand Kilbeggan (the oldest in Ireland) — see our coverage of its standard blend here — has largely been a single-product operation for most of its existence. Things are on the move here, though, as Kilbeggan has just launched a single grain whiskey to expand the portfolio.

Many think “single grain” describes whiskey made with just one grain; however, it actually refers to whiskey made in a single location using malted barley and at least one other grain. True to form, Kilbeggan Single Grain is made of 94% meticulously-sourced corn and 6% malted barley.

The whiskey is aged in a combination of ex-bourbon and fortified wine (unspecified) barrels.

We gave it a sample. Here’s the gist.

As single grain whiskeys go, this is quite approachable and lively. The nose is very light, almost nonexistent, with a slight granary note that is smattered with touches of banana, cloves, and burnt sugar. The palate however is sweeter than the nose would lead you to believe, a bold butterscotch, caramel, and vanilla bomb that is unusual for single grains. There’s a weediness underpinning the sugar — a common theme in single grain — but it’s understated due to being subdued by an earthy gunpowder note and notes of dried, savory herbs. The finish is on the tough side, which is again a departure from the gossamer-light nose, but on the whole the whiskey is more than credible and worth sampling for a shot or two. 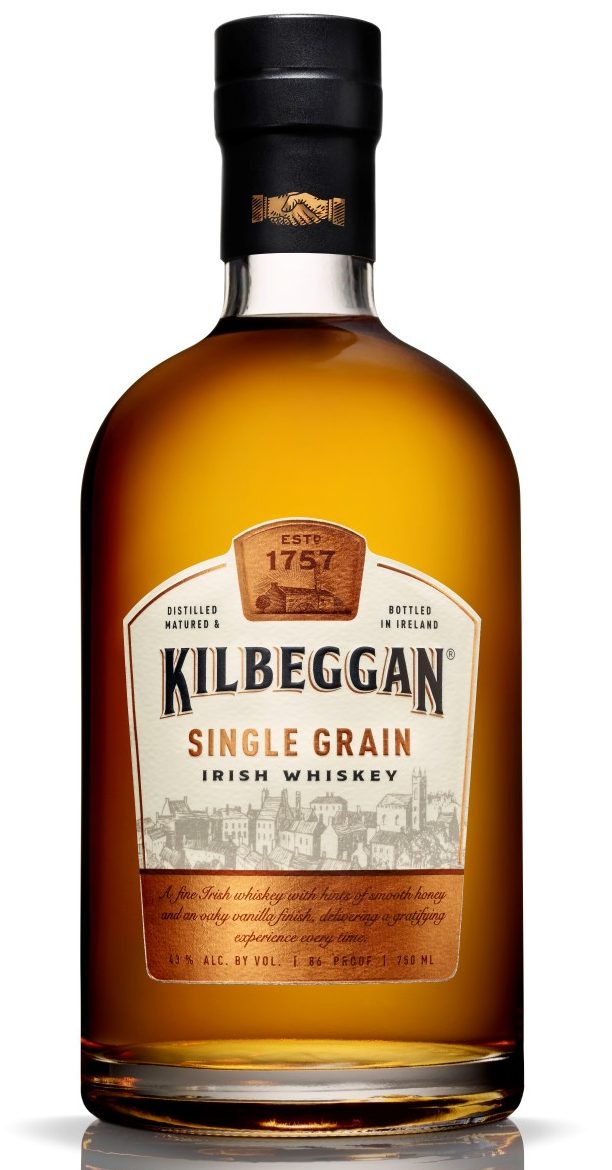