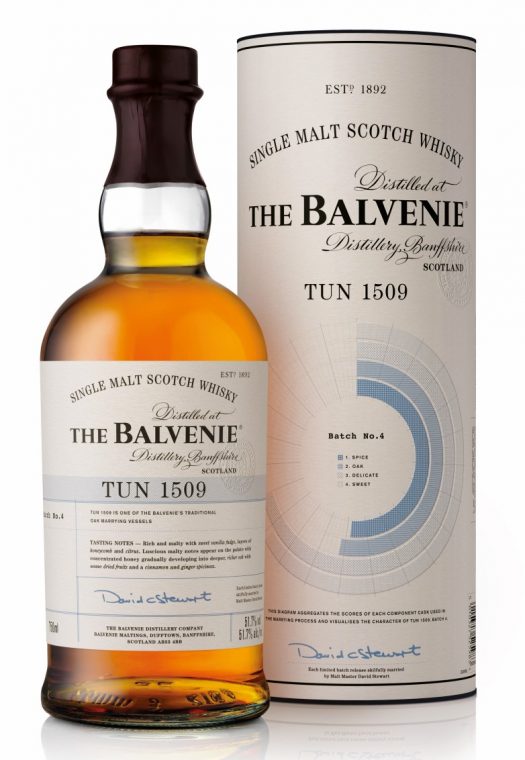 The Balvenie is back with another of its highly-desired Tun series, with the fourth expression of Tun 1509 now in the market. We previously reviewed Batch 1 and Batch 2, but Batch 3 somehow slipped by us.

As with prior batches, Batch 4 is a vatting of 23 casks, including bourbon and sherry casks that are married in a special vessel called a tun before bottling at cask strength.

While Batch 2 was a letdown, Batch 4 marks a return to the original’s excellence. The nose is sherry forward and racy, loaded with baking spice and dried flowers, atop plenty of vanilla caramel notes — a nice balance between the sherry and bourbon casks in this bottle.

Though over 51% abv, the whisky doesn’t feel hot on the palate. While it’s vibrant and as racy as the nose would indicate, it’s tempered by a well-rounded body that features a toasty, malty, cereal-laden core, but one that is tempered by plenty of flavor. Notes of toasted coconut and dried apples bring fruity sweetness, while an edge of mahogany wood oil provides a moody counterpoint. The sherry notes aren’t as powerful on the palate, but the sharp finish sees a reprise, along a bite of that toasty cereal by way of conclusion.

While Batch 2 might have been a misfire, Batch 4 proves that Balvenie still has its blending magic well in hand. 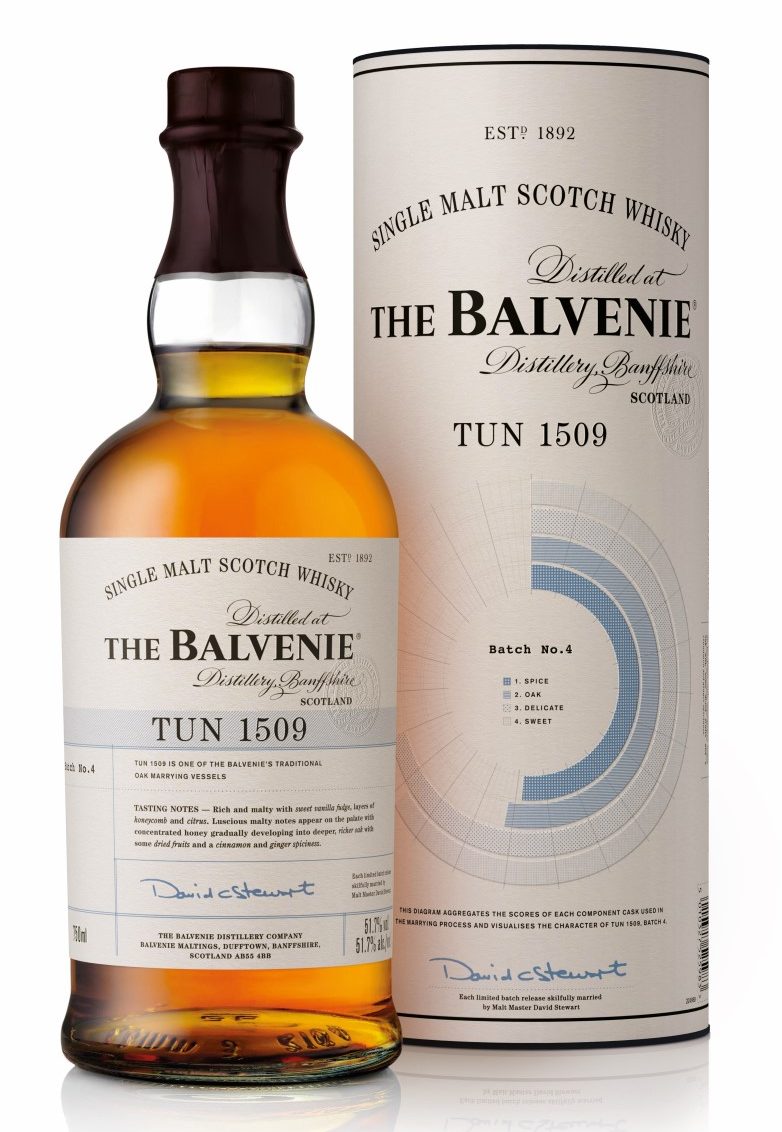